So what is happening this weekend that Caramel might be writing about at a later date?

The coffee-date with the friend of a friend – that is happening this weekend. By the time you read this post, it will already have happened. I am not really ready for it. I have been very emotional the past few days. Which is partly very natural because I work very long hours Wednesday, Thursday and Friday.

All sorts of unhelpful thoughts traipse through my mind at times about the future.  I have felt safe here for the past two years. Things will change though. I have to be prepared that I may not have the comforts I do now.

But it is also my feelings about Goldfinch and my feelings about the little blueberry I am responsible for seven weeks after Goldfinch parted. I do feel a sense of guilt about going on a coffee-date, but I have been open with Goldfinch, and I am sure he is more than happy with me.

I don’t actually have any enthusiasm for coffee-dates with other men. But this man seems very lovely, and I am going to go along and hopefully just have a real good chatter. How open I will be about my situation, I don’t know yet, But I will have to at some point.

I will let myself settle a bit before I write a post about how the coffee-date went. But right now, before I go, I will admit, I am finding it hard to see anything past Goldfinch…and the little blueberry.

I started the CARAMEL LEARNING TO LOVE series last week. On Thursday my post gave you an idea as to some of the most difficult challenges I faced while in my new job. But I wanted to reassure you, although I was very uncomfortable, I did not feel in actual danger. I had my ways of dealing with the challenges I was facing, and although I would deal with similar challenges very differently now, I was learning to live again, and I tried my best to make the best of my situation.

I chose to give my notice of resignation in after two weeks there, but agreed to work the four week notice period he has asked for. I needed that time anyway, as I had to hunt for another “tied-accommodation” post. So for those six weeks, my boss and I had to learn to live and work in the same space. It was not all bad. In fact I was able to really start enjoying my life again and building my strength back up. 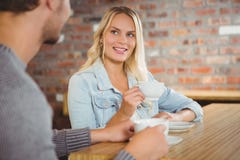 I would usually rise early and do as much work as I could before my boss came down stairs. He did not like to see me working. But that was why I was there (well, that’s what the job role advertised had stated). I was very conscientious in keeping the house looking beautiful and keeping up with the laundry. But as soon as he saw me he wanted me to sit down and have a coffee with him and chat. This led me to the conclusion that he wanted a live-in housekeeper so he could have company. What else he may have hoped for, well that was never going to happen, but once I realized he did want some interaction, I realized I should try to make an effort to be conversational but make it clear when I was not comfortable with certain subjects.

And you know…he cottoned on that I was not going to warm to any unwanted attention. Once he realised that, my situation did become more bearable.

So each morning, after our chat over a coffee, he would either go to work or to the gym or watch day-time television. If he was leaving the house, I could carry on cleaning. If he stayed in I would volunteer to go and do the shopping. Then the afternoon was mine. I went out every afternoon. On rainy days I would go to the local library and read, or go swimming at the local leisure center. But most days that summer, there was no rain! I would walk for miles. There were some beautiful green areas in that part of London and huge woodland parks. I walked anywhere between three to six hours.

It was so good for me! To be out in the sunshine and fresh air each day. It was really good for my physical strength and stamina and wonderful for my spirits.

Two evenings a week I would go and meet friends for dinner. Three evenings a week he liked me to stay in and have dinner with him. I usually cooked enough for dinner and a dessert, meaning he could have leftovers on the evenings I was absent. 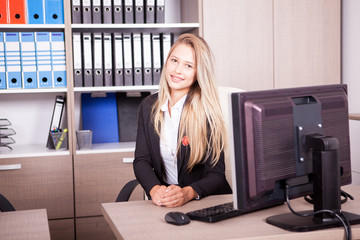 After dinner, he would like to watch more television. Because we did not share the same tastes in programmes (to be fair I had not had a television for ten years, so it all looked poor to me) I found an activity he approved of. He had been writing an auto-biography and was paying someone to help him edit it. I volunteered to start proof-reading and then formatted his work and made suggestions on composition along the way. This was a large project. And it filled those three evenings a week for most of the six weeks I was there, and excused me from television viewing. He was very pleased with me.

I think reading about him was helpful to me also. It made me more determined than ever to be firm that I did not want to receive any attention from him physically. It also helped me understand his personality and his background and his way of communicating. 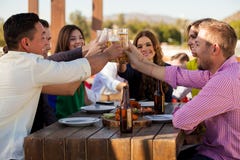 The weekends were all mine and I would leave very early both mornings and spend all day with friends. It was wonderful to see people I loved again. I have been reading my e-mails during that time and it is clear how much it meant to me to be back in London with my world of friends and colleagues. I even had a couple of near-misses with my ex-neighbour Jack. I was not ready to see him, so I hid.

So that gives you a general idea of the routine I had. I was able to minimise the time I would actually be in the house with my boss, to that coffee and conversation on weekday mornings and the three dinners and evenings each week.

I am going to relate a few of the kind of amusing events that happened between my boss and I. It is all much more lighthearted than the posts where I related all of the challenges I had. There were areas where we really did not see eye to eye, but there were also some days when we both got on reasonably well enough, for me to write to Stuart telling him things had been not bad that day, and let him know what had cheered me up.