I set my alarm for a very early hour this morning to give me time to take my painkillers and be ready to face the day. I went back to bed after taking them with a cup of tea, and tried to remember the happiness that filled me when I slipped under the covers last night.

Friday…is my loooooooooooong day. A minimum of fifteen of hours of work. Normally I can recover on Saturday with an easy-ish morning. However this weekend I am working all day Saturday too and I am working extra hours on Monday also. I can’t wait to be in bed tonight and return to the same happiness. By the time this post is published, I will be on my way to the last location I will be working at today. It will be another three or four hours before I am able to return to my bed.

Last night I lay in bed thinking of Goldfinch.

Last week I read a fascinating post from Novus Lectio about the town she grew up in over in Portugal:

Novus has tagged me and a group of other bloggers to write a post about our home town.

I grew up on the outskirts of Liverpool, in the North-West of England. So I usually tell people that is where I am from because many people have actually heard of it. Have you heard of Liverpool?

It is the centre of the universe, and also the home town of The Beatles and football!!! Liverpool has two cathedrals – so if you want one, we have one to spare. When I grew up everyone my Dad’s age had worked down by the docks at some stage. Liverpool has strong connections with Ireland – everyone’s family seems to come from Ireland. The favourite foods when I was growing were chippy chips and scouse (a kind of stew made with left over meat and scrag ends).

My actual home town, which is a new-town of Liverpool (an over-spill for the city populace), actually built within Lancashire, not many people have heard of unless they are familiar with the North-West of England.

I left that town in 2007 and around a year later, my parents sold the family house (as my younger sisters had also left home) and they moved to a village over an hour away to be near to my Grandfather. However, I visited last summer and took some photos.

This was the local swimming pool where my sisters and I spend at least three evenings each week. We swam for hours and went on to become competitive swimmers. It is called Nye Bevan pool. I only realized many years later that he was the man credited with the founding of the NHS.

Mum used to walk with us three little girls from home down to the town centre library (around a half hour walk) and then we were allowed to read books and select a maximum of six each to take home. Many happy memories from this building.

This is the town shopping centre – known as The Concourse.

Inside the town shopping centre, The Concourse, there is a wall exhibiting photos of the town shortly after it was built back in the sixties.

This was my tree! We used to roam around the Beacon Country Park. But our base was a copse we called “Crystal Cove”. We all had our own tree that we would climb, and then we would shout to each other all sorts of adventurous ideas and notions that we were under threat of attack from a gang of teenage boys on the distant horizon.

This is not the house I grew up in, but it is very similar to the houses that surrounded us. We grew up on the same estate as this house. My dad and his brother had even worked as labourers on the construction of the new-town.

I think it’s fair to say that the quality of the construction was not great. We had endless problems with damp and crumbling walls in our house. But you know what – we were happy! We were all squished together, but we we were happy I have a lot of treasured memories from home.

All around the council estates that were erected during the 1960s was beautiful countryside. The new-town had been built on an area that used to be farmland. The smaller old-town had grown up around around the coal industry. I loved walking around the town I grew up in. There were some really stunning beauty spots, but you had to go walking to find them and realize the beauty that surrounded us.

This was my primary school before three former students (one who was 11 years old and two of whom were 14 years of age) burnt it down on night. There were several primary schools damaged or destroyed by arson when I was growing up in my home town.

My home town might not look very special – but it was where I started living and learning to love!  I have many treasured memories from living there. Even though it was just a big quickly built new-town with crumbly construction, we had everything we needed and we were very happy indeed.

Well, that’s my home town for you!

Now who should I tag for the HOME SWEET HOME tag?? I hardly know where to begin!

kristianw84 – Life Lessons From Around the Dinner Table 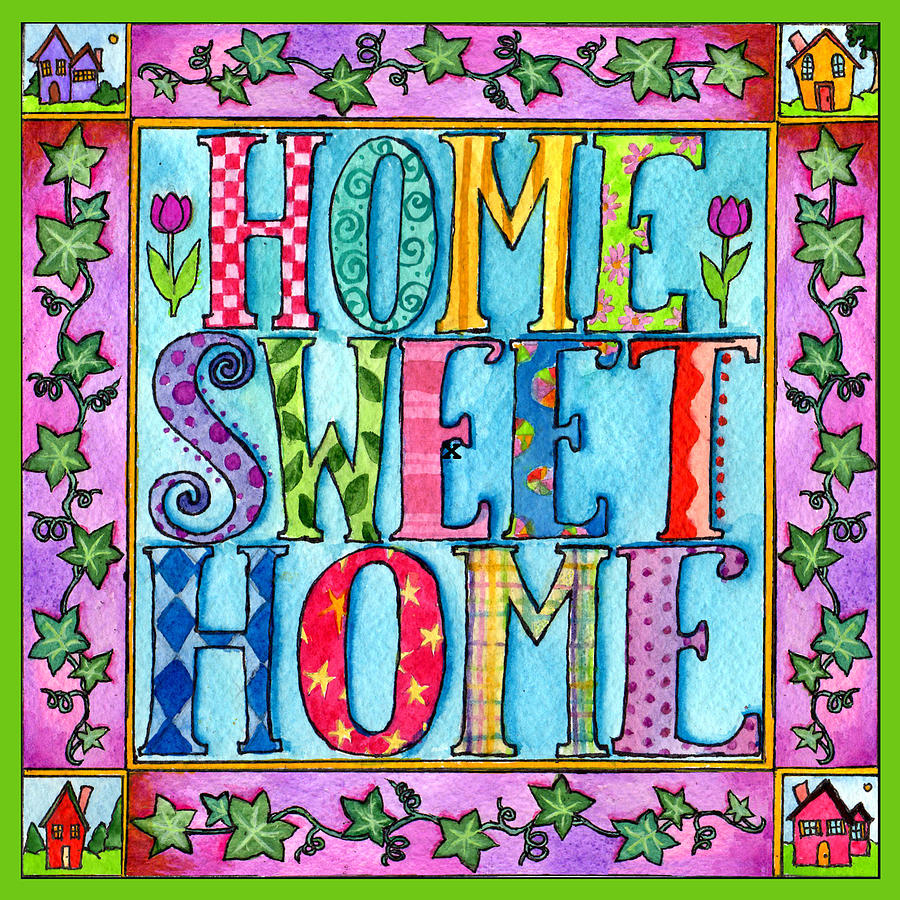