I know that Melanie B Cee is not having a great time recently and wanted to send lots of love and hugs over the ocean all the way to America!

But Melanie has still very kindly provided some great questions for SHARE-YOUR-WORLD this week, as you can see from her original post below: 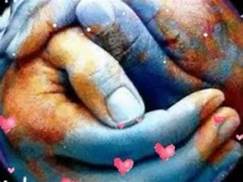 If you didn’t have to sleep, what would you do with the extra time?

If humans did not have to sleep. Well, I would be at work (paid employment) when it is dark at night.

In fact any indoor activities would be for night-time, all of my housework – cleaning, laundry, cooking and baking and anything that has to be sorted out on the phone or computer. Then during the daylight, I would be outside. I would be walking in the countryside, up hills and through forests. Daytime would be for everything outdoors that I love, hiking, swimming, sailing, and just soaking up nature.

I would also love to work outside in the garden, use the extra time to plant a vegetable garden and work on growing and harvesting all of my own crops.

What job would you be terrible at?

I can think of several. I would be a terrible judge in a court. I would be constantly ignoring previous judicial precedents and applying the principles my parents gave me!!! I would be that nightmare judge who tries to overrule the rest of the judicial system because it is so upside down and inside out and corrupt!!! I would not give you an easy time at all!

I know I do not suit the legal field at all. After leaving school I trained to be a legal secretary and when I did work within a legal firm, I hated it!!! I especially hated being at court. It was depressing to realize how many people did such awful things. I jumped ship as soon as I realized how soul-destroying it would be.

As a vegetarian I can be absolutely certain that I would hate working within a fish-monger’s, a butcher’s or an abattoir.

I am also not very profit-minded, so any job where my earnings are based on commission would be a disaster! I can’t negotiate or haggle. For goodness sake, I worked full-time without wages for five years. My concept of money is just not there.

I will say this though – I never expected to enjoy working on construction sites so much. But it turned out to be the happiest work days of my life. I never thought I could be a cook. But I worked as a cook and I loved it! I truly never thought I could face working in nursing care helping patients with terminal illness. I avoided healthcare for many years. But in the end, it turned out I had a real flair for it and ended up training dozens of other carers. Sometimes jobs that I have not thought I would be any good at – well it surprised me when I ended up in those jobs! I try not to be too closed minded.

When was the last time you climbed a tree?

I have not climbed a tree throughout the winter at all – too slippery and slimy – you would just end up a mess climbing trees when they are wet through, and it’s more dangerous. But last summer I climbed trees. Its something I have always done since I was a little girl.

When I visited my home town in July, I even went to the part of the woods nearby our family home where we used to play most frequently. I climbed “my” tree. We all had our own tree we would climb and then call out to each other with our fanciful imaginary adventures – we might be spies or catching pirates or defending the copse from invading teenage boys.

This was my tree. It might not look special, but it was very special to me!

We are not going to tell my consultant about climbing trees – I have a feeling he would hit the roof!

Do you count your steps?

Not usually, but there are times I count in order to keep myself moving!

When I am hiking and the route starts to become quite a steep ascent, I look down at the floor rather than looking up, and count to one hundred as I walk. And then I start counting again to another hundred. It just helps to distract me from the difficulty of what is ahead.

When I run I sometimes count in eights. Don’t ask me why, because I have no idea. I think it’s when I am trying to steady my breathing and settle into a maintainable pace. I count in my head or even out loud “one, two. three, four, five, six, seven, eight,” and then start again.

For me, it was probably when I fell off the school bus when I was around 13 or 14. Our school bus was actually a private hire coach, rather than the kind of buses used for public transport. It was always like a circus on the school bus, well, especially on the journey home. We were much quieter in the morning. I don’t think back fondly at all to those journeys home with all that mayhem.

The bus was always overcrowded with many having to stand in the central passage. Hardly anyone would just sit still. There was occasional fighting on the bus, but it was mostly just craziness and boisterous behaviour. There was no law about seat-belts at the time. So everyone would be lolloping, sometimes three or four of us on a seat designed for two passengers. We would walk up and down the bus to chat with friends. You would see people climbing over the seats to get where they wanted. People would throw things at each other. Sometimes somebody’s school bag or violin case would be grabbed and passed around the bus much to the frustration of the owner. It was nuts! When my friends and I boarded the bus, we used to try to head to the back of the bus to sit there (because we thought we were the coolest, in fact we would tell other kids to move if they reached the back seats before us).

One day, I had made my way to the front of the bus, but the force of other kids pushing from behind me had meant I had stepped down the steps leading to the door of the bus. The bus-driver was probably pretty fed up of all the shouting and craziness. He slammed on the brakes as he pulled over and opened the door of the bus. I was flung from the bus and landed very awkwardly on my ankle. A bunch of other kids fell on top of me.

My ankle hurt so much, I was crying. Some of my school friends carried me home. Dad took me to hospital. I left hospital with a back-slab on and a pair of crutches which I had to use for the next few weeks.

I have had repeated injuries to my right ankle over the years. I have also fallen off two public buses in London, but I didn’t hurt myself. It was all due to overcrowded buses and drivers slamming on the brakes and opening the doors suddenly.

You can share something that you want to that happened:

Well I have not had the best week. I had a lot of pain and distressing symptoms last week. I have had them many times before, so I knew what was happening. I was able to make an emergency appointment with my local GP. The Doctor I saw wanted me to go straight to hospital but I have an appointment very soon for a CT scan anyway. So, it was agreed that I could avoid hospital over the weekend. But I was told to rest.

So I did, I cancelled a lot of my plans for the weekend and rested – it’s amazing how many more hours sleep I have needed. 😦 However, I found that one of the channels on television were showing the entire BBC dramatisation of “Pride and Prejudice! This was wonderful to me! I had a legitimate reason and Doctor’s orders to rest and television obliged me with one of my favourite period drama series! I mean how great was that!!!

What also made the week very nice was the wonderful messages I received from Goldfinch.

I also started to wonder if it might be possible to take on more work somewhere so that I can save money towards visiting Goldfinch in Adelaide. Just the thought of it made me feel so excited. But I am going to wait until after my CT scan before I go looking for other work. A 23 hour journey seems overwhelming at the moment. I am going to ask my consultant what he thinks when I have my next appointment. But I have to admit I keep seeing planes in the sky and feeling a yearning to be on one taking me to my Goldfinch.

These thoughts are making me happy.

Being with Goldfinch no matter what the cost seems to make a lot of sense.