Poor Jack! He had a fright this week. I had a little breathing episode. It’s this annoying head of mine. Sometimes my brain seems slow to catch up with my body demanding more oxygen. We had been walking up hill. It was dark. I think Jack thought I had tripped over at first.

Anyway…we had the lovely privilege of spending part of the evening in a London hospital, rather than snuggling up on the sofa, as we would have otherwise.

It changed the tone of our time together. I think Jack was a bit freaked by it all. But I kept telling him he was allowed to touch me, I wasn’t going to break in pieces. So he returned to his lovely huggable ways.

In some ways, it was important that he understands for himself the effects of that night I went to the park. I don’t want him to be plagued with why I went there. What I mean is, he needs to understand why I was not able to return to London straight away. He needs to understand why I have been limited with regards the kind of projects I work on. In a way, it might make him aware of why I can’t play basketball and run for miles like I used to do. 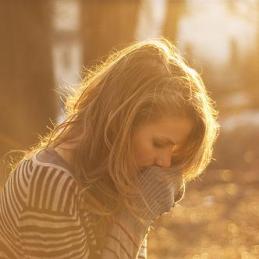 Sigh. I have mixed feelings about it all – as you may imagine. It’s so important for him to know. I have mentioned it to him. But after what happened, I think it’s hit home to him. It’s sad, so sad, that that stupid mistake of mine, to feel I could not go home yet, because I could not face him, and to go to a park instead. If I had guessed how he really felt about me, I would never have gone to that park on my own. That stupid mistake still has consequences that may affect our future happiness. Sad face! 😦

But Jack was wonderful. Happy face! 🙂

Anyway…it is important to me that Jack knows that nothing matters anymore. I don’t care about what happened in the past and the sad consequences. He has fixed everything just by picking up the phone to try to make things right between us. No matter what happens, I can take it. He has made me stronger. He has fixed me. Nothing else matters anymore.

8 thoughts on “Jack And Mel Went Up The Hill”