Teresa, aka The Haunted Wordsmith, has  a new non-fiction prompt. I really liked today’s question and it instantly brought back to my mind one of my favourite summer memories. This is Teresa’s question today:

What is your favourite summer memory?

What a stunning photo Teresa has chosen with her non-fiction prompt for today. It makes me want to dive right in! I have no idea where it is, but what a pocket of paradise.

Well, my favourite summer memory is from not quite as glorious location, but it has been the setting for many an idyllic summer day.  Aberdyfi (pronounced Aberdovey) in Wales! One of my favourite ever summer memories was right here. 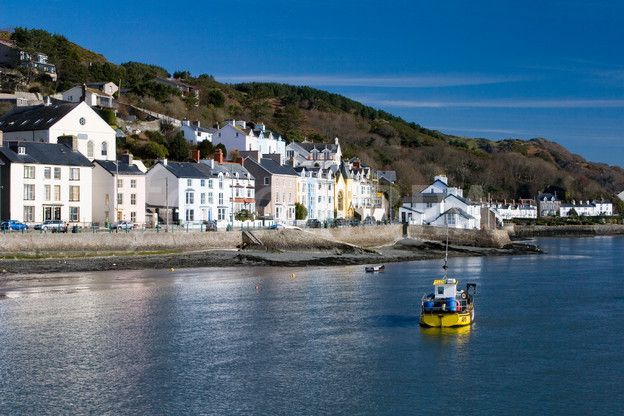 The timing makes it quite special. I mentioned in a post the other day that in my mid-twenties, I became ill. For eighteen months I was in and out of hospital. The last operation I had was in the February of 2007. In March my youngest sister Milly was married and I was one of her bridesmaids. I left home a few months later (see FOOTNOTE at end of post if you are wondering why).

I went down to visit a couple of times during the next few months. Milly and her husband had a little flat in the south of Snowdonia. I would sleep on sofa cushions in their tiny study. Nearby was the beautiful seaside town of Aberdyfi, very popular with holiday makers.

A week before I moved to the south of England, I went down to visit my sister Milly in Snowdonia. The weather was gorgeous – perfect summer sun. I don’t whose idea it was but Milly and her husband and I ended up spending the evening with a group of their friends. We had to stop at a friend’s home to borrow their crabbing lines and a fish mongers I think to pick up some scraps for bait.

It was such a beautiful evening, still warm after a very hot day, but with a pleasant cool breeze. Because we had not eaten since breakfast, when we first arrived in Aberdyfi, we went straight to the fish and chop shop (I think it is called Shelley’s) and we bought some chips to munch. 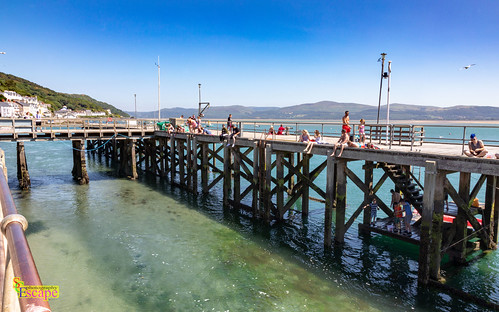 Then we headed down to the pier/jetty. There we sat on the wooden boards dangling our legs over the edge. And then we did something I had never done before. We were crabbing. We dropped a long line into the water with some bait on the end and waited for the little crabs to bite. When you feel a tug on the line you start to wind the line back up quickly. There was the little crab on the end already tucking into the morsel we had baited it with.

Now that the crabs were up to the pier where we sat…we let them down onto the boards and they would scuttle sideways and then they would jump back into the water below. I remember feeling a bit concerned about the little crabs. The guys were laughing at me. They seemed to think the little crabs were having a whale of a time and were being very well fed.

I must admit, the little crabs did seem fine. And it was so exciting to see them scuttle so quickly. I think there must have been about a hundred tugs on the line, before we ran out of bait. I have no idea if that was the same crab that kept on coming back for more!

It was around ten o’clock at night by now. We needed to put jackets on because it was much cooler. We wandered along to The Britannia Inn to have a drink. There were a crowd downstairs watching sport. So we went upstairs and out onto the balcony which was empty. It was the perfect way to end a perfect evening. Huddling together to keep warm and chatting and laughing until we knew it was time to head back to the little flat where Milly and her husband started their married life (half an hour drive away).

It was such a perfect day! So special, it has stayed with me for twelve years!

That evening is my favourite summer memory because it was perfect in so many ways – it was a wonderful way to say goodbye to my beloved sister Milly. We had been sharing a bedroom for the past fifteen years and we were inseparable. But now, we would both be living away from the family home and we would be separated by over two hundred miles. For years after…I wished I could go back and re-live that summer memory over and over again.

I had decided (and it was a huge decision for me) to move out of our family home. I had been asked to move to the south because there was a huge need for volunteers. Because I had been so ill, I was hesitant. Also the cost of living in the area I was asked to move to was far far more than the part of the north-west of England I had lived all my life. Even to rent a tiny bedsit cost more than renting a three bed-roomed semi-detached house in my home town. But I thought and prayed about it.

(I don’t know if I have written about how incredibly things worked out for me – maybe I should write a more thorough post about that…but in essence I ended up living in a gorgeous converted barn on a beautiful estate for free, and four months of the year I had to live in the mansion while the owners were away – I was swimming in a private pool, playing tennis on their private courts with my friends…etc etc!!!)

I am still thinking about Fandango’s great question last week – all about stress and how we deal with it.

I have been thinking about my hectic schedule at the moment. Even though I feel super busy, it is so helpful when I use whatever little time I have free to be outside in the green almost summery weather. I wish I could go out for walks in the morning (but mornings are a very bad time for me) but instead I have found that I can usually fit in a thirty minute walk late afternoon or early evening. It is so delicious to have that time and it is very energising. And it is FREE!

Outside, green and gorgeous – even little bursts are precious!