I was determined to work on this post before it is too late as I thought this was a subject I could really wrap myself up in. There have been a lot of cake posts to work on…but I have been adding little by little to this post all week!

Last Wednesday, Fandango, the creator of This, That, and The Other published a fascinating “provocative” question, as you can see in his post below:

I don’t think that Fandango, who has supplied these questions, will mind me mentioning that he says that he is an atheist. And as far as I understand he does not believe in either the existence of a God or Creator, nor in predestination or fate. I think this is what Fandango does not believe in. I am a little sketchy as to what he does believe in, but I am presuming he has some ideas as to how the matter in the universe came to be formed and how life began. Please correct me if I have misunderstood some of your posts Fandango.

Now…my site is generally a lighthearted and joyful site. I don’t mind expressing my own understanding of the universe and of fascinating questions akin to the ones Fandango raised this week. I have contemplated these very questions myself. In fact as a teenager this is something I grappled with a lot and I was hungry to understand this subject. However, I have absolutely no intention of offending anyone else. So I do hope nobody feels I am in any way mocking their faith or beliefs. I would never want to hurt anyone. I respect that we do not all think, feel or believe the same things. I would not want to make anyone feel uncomfortable when I write about what I have contemplated and read. 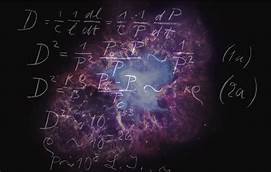 But these questions are truly fascinating. I have asked them myself. My background is maths and physics – and due to what I have learnt in those areas, I find it natural to accept there is an intelligent Creator who is powerful enough to wield mindbogglingly colossal amounts of energy and turn such into matter. I don’t really doubt what our Creator is able to do, what it is possible for Him to do.

Maths and physics give insights into the power and intelligence of a Creator. But they don’t seem to be the source to look to for the answer to other questions. Whereas the scriptures, which are still the number one publication in any language (in many languages, still the only publication available), do claim to tell us much more about the mind and personality of our Creator. That includes other core qualities that are a fundamental part of His character including love and justice. I am going to come back to the subject of His qualities or His personality later in this post.

But first of all, what do the scriptures indicate about the subject of fate or predestination? Because to be frank, my opinion means diddlysquat – yes?

Fandango’s question was actually quite logical, and I would add to it anther question:

There are health and safety laws within the law given to the nation of Israel through Moses over 3,500 years ago. Why would the Creator give those laws if people were destined to die in an tragic incident?

What about those who die due to horrific natural disasters, terrorist attacks, traffic  accident fatalities or other tragic events beyond their control? Has God, or fate, predetermined an “appointment with death” for these people? The scriptures indicate that this is not so. The Bible writer King Solomon assures us that “time and unforeseen occurrence befall all.”  in the book of Ecclesiastes 9:11. Tragic events are not predestined. A very important question that the scriptures answer, is why does a powerful Creator not prevent these incidents occurring? Why does He allow suffering? Maybe Fandango will raise this question during one of his future “provocative” questions? That is a question that is of vital concern.

In our general life, rather than teaching that our future is determined by fate, the scriptures make it clear that our own choices, attitudes, habits, and actions have an impact on our future. That actually we have some accountability in some respects, and a degree of control in some areas.

Coming back to what the scriptures say about our Creator’s fundamental qualities. One quality the scriptures highlight is incomparable wisdom. This is portrayed in various ways. One aspect of His wisdom is repeatedly referred to – His ability to look ahead and foresee what will occur in the future.

This is no small matter. The scriptures are packed with forecasts or prophecies. We may say history written in advance. The outcome of wars, the rise and fall of world powers, and even the specific battle strategies of famous military  commanders were all penned within the scriptures in advance – in some instances, hundreds of years in advance. I have been to the British Museum many times, and enjoyed the fascinating tours given there showing what how detailed accounts in the books of Isaiah and Daniel were fulfilled. Of great interest are the forecasts and prophecies recorded in the scriptures about the time we are living in. There are many of faith whose hope is tied up in those monumental events that the scriptures state will certainly happen, no matter who may try to interfere with the fulfilment of our Creator’s purpose for this earth.

Does this mean that our Creator has already foreseen the choices we will make in life? Now, this is not a question of whether our Creator has the ability to see ahead and predict what an individual will do. But whether He actually does so.

I had a workmate who gave me something to think about on this subject. She explained to me and showed me scriptures that proved that we have free will to make choices. We do have control over many of our own choices. She reasoned that our Creator has the ability to foreknow the future, but he does not use it all the time. To do so might infringe upon our own free will. Neither has our Creator chosen to make us like robots, but He has chosen to give us the gift of free will. He won’t revoke that gift that by programming our individual future in a way that revokes our free will. 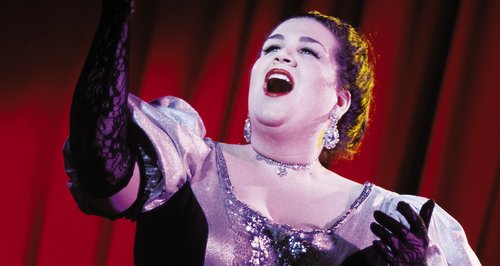 The idea that our Creator is unable to control his ability to look into the future is flawed. For example, imagine a singer with a singing voice of unparalleled beauty – would that singer have no choice but to sing all of the time? They would use their ability when it was appropriate would they not? 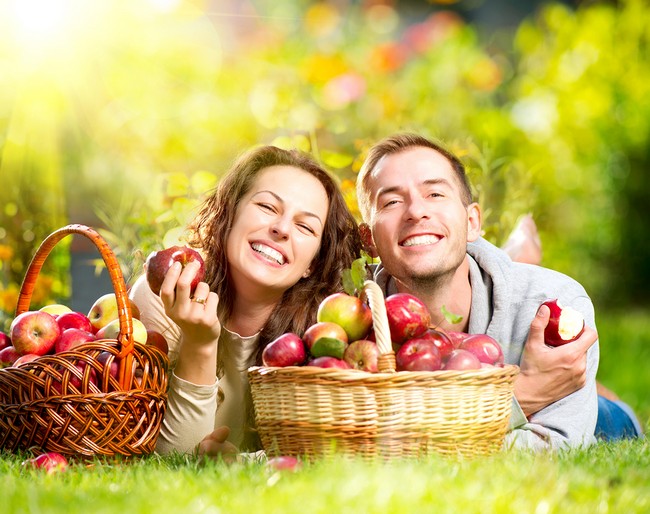 However, whilst allowing humans free will, including Adam, He has not abandoned His original purpose for this earth. The scriptures highlight that He is just and fair. The question of whether the Creator had a right to rule, whether His rule was best for his creatures was raised. Although he has allowed time to settle the issues raised when the first humans chose to reject His guidance, He has been working towards that purpose since. He has been preparing His own government. In the future, after that government has supervised the healing of people and the planet so that our Creator’s original purpose of a happy healthy human family on earth which is as paradasaic as He intended, then the choice will really matter. At that time every human will have a choice to make. But that choice is not predetermined.

More than any other quality, the scriptures magnify the Creator’s love. It is expressed in empathy and compassion and patience. When you think of some of the horrific things that have befallen humans since Adam’s choice to reject His Creators guidance, why would a loving Creator cause, or predetermine the specific tragic incidents and horrendous suffering that humans have experienced? But He knew that the result of humans ruling themselves would be great pain and suffering. He provided a forecast thousands of years in advance of just how bad things would get. Yet He allowed this question of WHO IS RIGHT TO RULE? to be answered knowing that He would be able to relieve all that pain and suffering and undo the damage.

Just to repeat that…it was Adam’s choice. Our Creator did not predetermine Adam’s actions. Nor, did our Creator violate Adam’s free-will by foreseeing his decision. Of course He would have realized that in giving humans free will, there was a possibility they would make poor decisions as well as wise choices. Immediately after Adam’s choice, our Creator set in motion His method of fixing the consequences of Adam’s decision. Our Creator did predict there would be a lot of suffering, but in no way has He caused those events. Rather our Creator repeatedly makes it clear that He has the power to undo the damage that has been caused as a result of Adam’s choice. His promise to undo death and suffering are precious to many.

Casting my eyes back at Fandango’s questions…I think I have touched on most of the issues he raised – accept perhaps “Why pray?” Well…many would answer that question differently. But amongst other reasons, I think that praying for guidance to make wise choices that would please Him and result in joy seems appropriate. Why pray to your Creator? Well, unless you have been raised in an abusive household, or been abandoned by those who should have been there for you, it should be easy to answer why would a child talk to their parents? 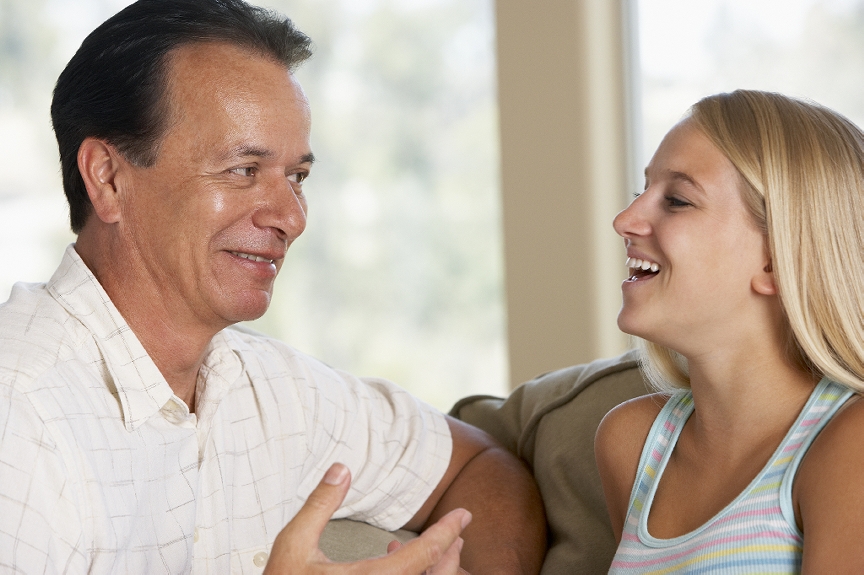 I sometimes feel I am privileged to have such a great Dad. I talk to him, I ask his advice. He knows me extremely well, he knows my habits, he often reminds me of silly decisions I made in the past and asks me not to make the same mistakes. He has lots of words of wisdom and lessons in life to share with me. I have never had any doubt of his love for me, even when he allowed me to carry the consequences of poor decisions I made. I find it easy to approach a Creator in a similar frame of mind. Although the Creator behind the incredible things I have discovered in my study of physics is powerful beyond comprehension, it is the scriptures that tell me that when I pray I am to address Him as Father.

For me…I take great pride in knowing that He has not predetermined what I will think, say or do. He knows me well, much better than my human father, and knows what I am likely to do. But He has not decided ahead of time what I will do. He has given me a beautiful gift – free will. Free will is an honour, a trust. As for me, I take huge pride in using this gift with care and appreciation, in a way that says to my Creator, “I am in awe of you, and I want to use my free will to make choices that will make You very glad that you created me.”

That is my choice, all my choice. It dignifies me. Nobody has made that choice for me or programmed me like a robot. When I make my decisions, I know they are my decisions, nobody else has made them for me. I have chosen to learn about this amazing universe – especially through the field of physics, and have come to the conclusion that the gift of life is extraordinary, and the gift of free will is extremely precious. I intend to show my appreciation for them and making wise decisions is a fundamental way of doing so.