It’s all up to Jeanne to decide!

And it’s all up to you to bake!

and Crushed Caramel (Learner at love)

would like to invite you to join us for

with our special judge ajeanneinthekitchen

Are you the King or Queen of the Kitchen?

We would love you to take part in our baking challenge!

We will be publishing posts detailing what the challenge is

for THE GREAT BLOGGERS’ BAKE-OFF all of next week.

Look out for future posts! On the road we call life, we pass many people. Some only briefly share the road with us. But all will leave their mark on us in some way.

I think most would agree that leaving primary school and starting high school at the age of eleven is frankly terrifying! When other students are friendly and help to put you at your ease you are so grateful.

One of the most super-friendly students in our high school was Carl Sanderson. He was a handsome young man. But what everyone would remember him for, was his smile. When I was eleven, and beginning high school as a Year Seven student, Carl was fourteen starting Year Ten of high school. He was friendly with everyone, not just me. Yet it made such a difference to know there was a friendly face and a cheerful smile, belonging to a fellow student who was going to look out for me.

On my first morning of high school, while I stood nervously at the bus-stop waiting for the bus to arrive, he was one of the few that said hello. At the end of the day he saw me again and asked me how was my first day of school. How many of the older students care to ask a younger kid how they got on during their first day of school? 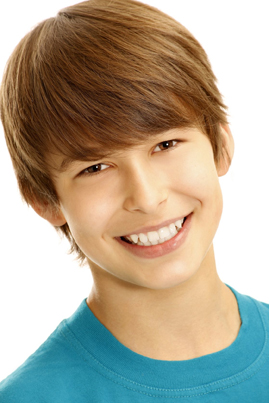 I quickly realized that Carl was one of those boys who was everyone’s friend. Everyone adored him. He was soooo cute (too old for me to worry about how cute he was). The teachers clearly were very fond of Carl too.

I don’t have many memories of Carl in all honesty. Just that he was super friendly and always had a smile and a greeting for you. I wish I had more to tell you about him. It kind of makes me angry that I know so little about this lovely young man. After I had been at school for a few weeks something happened that shocked me and the whole school.

Carl Sanderson was killed when a motor cycle hit him. The driver was speeding of course. I was told he was travelling at around 80 miles per hour when he hit Carl. Apparently Carl died at the scene. He had been crossing that road on the way to collect a younger sibling from school.

Carl made an impression on me in the short time that I knew him. I realized how much it means when you are nervous or alone, to be greeted by a warm friendly smile. I realized how much it means when another human takes the time to show interest in you. During the brief acquaintance I enjoyed with him, it struck me how warming and encouraging another person can be just by their friendliness. I decided I wanted to be like Carl.

When I look back at the brief time Carl and I were at the same point along the road of life together, I still draw inspiration from that lovely boy and remember how it feels when a warm and friendly face shows a little personal interest in you.

I would love to meet Carl again one day and to be able to tell him that despite our brief acquaintance, I had never forgotten him and had actually tried to be more like him.