Please join in the fun with

and special judge A Jeanne in the Kitchen

We are very excited about our fun family day for the blogging community. To participate you will need some essentials. So check your cupboards to make sure you have the following or add them to your shopping list this week:

Of course if you want to make a vegan, or sugar free, fat free or even flour free creation then please feel free to use any alternatives!

This is not really a competition, it is more of a fun family day for our blogging community. We would love you to be involved. We would be thrilled if you can take on our baking challenge and send us photos of your creation. If you don’t think you can bake – then ask a family member or friend or workmate to help you out. HAVE FUN!! Whatever you do have lots of fun!

If your oven decides to go on strike or anything prevents you from getting your hands messy – we would love you to join in the fun by supporting the bakers and commenting on their creations.

If you will be on holiday or in hospital or have to work on Sunday 24th March 2019 – then of course you could take on the challenge in advance and send us a photo. We will make sure your creation is included in the round-up posts for THE GREAT BLOGGERS’ BAKE-OFF.

Melanie B Cee, the creator of sparksfromacombustiblemind has asked some very intriguing questions this week. I made a start on this post earlier in the week…but finishing it has been delayed by a visit to hospital about my head! So I am very late this week.

If Heaven exists, what would you like to hear God say when you arrive at the Pearly Gates?

Hmmm. I just can’t give a droll answer to this one.

I have mentioned in the past how much I love physics. Physics is “the branch of science concerned with the nature and properties of matter and energy” according to one dictionary. We now know that matter is formed from vast quantities of energy and matter can be converted back into energy. But there are questions that physics – the study of matter and energy – does not answer. A mind-boggling amount of money has been spent on developing our research abilities. But many of the answers have been there for a long time in a book that is available in over 2,500 languages. 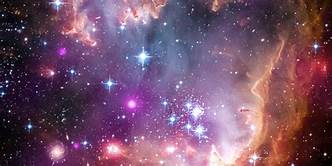 Trying to understand something completely foreign to us is strange. It is clear,  physically we are different from our Creator and spirit creatures. However, according to the scriptures, we have the potential to be like our Creator in the incredible mental capabilities He has made us with, and the qualities that we can cultivate. What goes on in between your pretty ears is quite astonishing. You may be familiar with quotes from scientists who say that of all that has been discovered in the universe so far, the human brain is by far the most remarkable. We use a tiny fraction of it’s potential in our short life-time. It has the potential for many billions of years.

He has given us the perfect home – a planet teaming with life. It often seems strange to me that so many faiths seem to refer to the earth as a testing ground, or a temporary home. Many religions seem to be all about going somewhere else, a better life somewhere completely different. Since this planet is so wonderful, and we are so clearly perfect for it, I often wondered why there were so many teachings that the real life is somewhere else.

The scriptures make clear that our Creator intends for humans to enjoy life on earth forever. On reading the latter books in the scriptures it is clear that Christ did teach that some would go to heaven – but for a purpose, a very special assignment. To serve as kings and judges within the government our Creator has been preparing to rule over this earth, once the failure of human rulership has been established once and for all.

These pearly gates – I have seen lots of different pictures of “pearl gates”. I have read about them in Revelation Chapter 21. That chapter describes the government that our Creator has been preparing since Christ was on earth. He has been selecting those who have the qualities He wants in rulers. That chapter likens the beautiful qualities within each of those humans our Creator has chosen to take up this special assignment as precious stones. The government is built on wonderful qualities – exactly what is needed in rulers.

Since I was a little girl I have prayed, “let your government come, let your will/purpose be done on earth”. I do not believe I am going to dwell in Heaven. I understand from the scriptures that some humans will. But for a purpose, a special assignment. In His wisdom and undeserved kindness, humans will be a part of the future government what will rule this entire earth, restoring it to the way our Creator intended. My hope is to live on earth under that government. I have every confidence it will unite all people and undo the damage. According to the scriptures it is under that government that earth will become the paradise home our Creator intended for humans. Once the earth is a clean home, then the restoration of life to billions whose lives ended, they died like Adam, can take place.

What do you regard as the lowest depth of misery?

Guilt from knowing you did something wrong, but are too afraid to tell whoever you have wronged what you did. Guilt can erode your core. It can cause you to withdraw from the relationship because you are constantly reminded of that wrong. Relief will only come when you admit what you have done, and yet as time passes, you feel it is more and more impossible to tell them.

I am glad to say, I have avoided this guilt. I do prefer to get things out in the open. But I would hate to be consumed by guilt. The situation with my ex-flatmate Jack was my own lowest point – it drove me to despair.

What do you think about when you’re alone in your car?

I have not been alone in a car since before my head injuries. 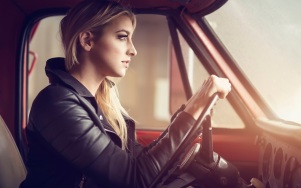 Before then, I drove a lot. I thought about a lot. If I was on my way somewhere, I would often think of who would be there and remember what was going on in their lives and think of questions to ask them. I was always working on projects, and I would often be thinking of something I was working on while driving. I would think of people I loved and had shared happy memories with. I often thought to myself “I must send so-and-so a letter or a card, it’s been a while since I heard from them”.

How would you rate your memory?

Not as good now as it used to be. 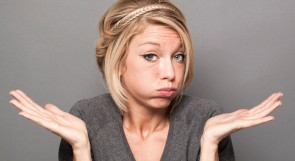 The head injuries I received have effected my memory. I can remember childhood events very clearly. But there seems to be big gaps in my memory from my twenties. I have upset people who apparently were close friends of mine when I admitted I have no recollection of them at all. It’s one aspect of my head injuries that my family have struggled with.

In my day to day life now, I do need to write things down. I am dependant on my diary and lists. My concentration is not always top notch. My family and friends have explained that I am not quite as sharp as I was – well they have very kindly shown me what I was accomplishing academically for a long time. I don’t seem to have the capacity for concentration that I did before my head injuries.

But it doesn’t worry me. I think I am doing alright. Everyone thinks I am doing well. I am reading about all sorts of subjects and trying to challenge myself. I read a lot more information books than I do fiction. I will confess to you, if I don’t understand something, I stop and break it down and try to make sense of it. I take my time. I realize I might not be what I once was with my comprehension, but I will say if I don’t understand something and ask for help to understand it.

What’s one song that always cheers you up, no matter how blue you’re feeling?

From the very first bars I love this song! How can it not cheer you up?