It was 8am and I was on the train when I heard my phone ping. There was a message from him asking me if I wanted to try something new today I probably had not done before. 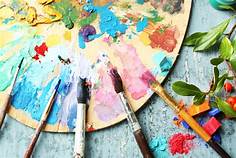 I sent a quick text message back to him. He replied immediately stating that sounded great but he had not meant anything sexual. He wanted to know if I would be willing to go along to an art session with him. He said it is a serious class. It won’t be worth going if I wasn’t going to at least try. I reassured him I would try my best, but I have not drawn since school (which is in fact a long time ago, though it sometimes feels like last week).

He replied that alternatively we could just go back to his home and make love all day. I enthusiastically indicated my own personal preference. He picked me up from the station at 9.15am and drove me straight to his house. At 1.30pm he helped zip up my dress again and then we jumped back into his car and drove to the cultural center which was hosting the art session.

It turned out to be a live art session. If you don’t know what that means, I am not going to explain it to you. I still have my sketches, which are not awful, although they did not flatter the male model. Apparently, he is normally one of those who go along to sketch or paint, but as there was no model, he volunteered to step in at short notice. Brave man!

I am not sure what to do with the sketches from that day. I have kept them because they bring back memories of another day with Goldfinch. Memories that I don’t actually ever want to let go of. But if someone finds them they are going to wonder. After all, I have not drawn since school!

This post was in response to the JSW writing prompt (the picture up at the top of the post) provided by Athing2001 the creator of A Writer’s Life: