Paula Light, the creator of Light Motifs II hosts the MONDAY PEEVE (I know it is Thursday today) and invites us all to join along as you can see from this week’s post below:

Well, it’s double trouble from me this week. last night, I published the first part of my peeve. This is to explain what else has been eating at me. 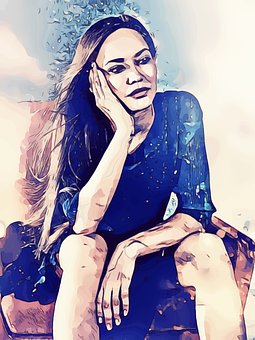 Ok…I will tell you. I am working at least six days a week. On top of that, I have been enrolled on a course because I have started to do work I am not technically qualified for. Some of my colleagues are on furlough. They made the right decision for them. I am working extra hours, as my other colleagues at work are. But we are tired.

We are working hard. It’s not just the physical work and the long hours that are tiring. We are hearing all the stress and anxiety from our patients and their families. I am sending money to family who have lost work during recent weeks. I am very happy to do that. I am doing my bit to support and encourage everyone I know. I am helping my landlords with grocery shopping (have been doing so for weeks), gardening and lots of other domestic tasks. In addition I have my own housework and laundry to keep up with. I have also managed to finish my Annabelle Riley series and seen the third and final part published (yay!!!)

But with all this…the truth is, I am tired. My longed for holiday to Australia is not going to happen. My boyfriend is in Africa having the time of his life. I have not had a hug from anyone in over three months 😦

There was a mistake at work. It didn’t involve a life or injury to anybody. It’s a case of money down the drain. It involved stock and the loss of money. There was no dishonesty involved. In truth the responsibility for the mistake is split. It happened on a day I was not at work. But the next day it was brought to my attention. I did not understand that at that point I could have done something about it. I had so much other work thrown at me, so I didn’t think to worry myself about something that happened on a day I was cleaning and ironing.

I am annoyed at myself that after all the weeks of hard work and going the extra mile day after day, I came home completely deflated. I was sobbing because I didn’t understand that I could have prevented the loss of all that money. If I had understood what to do, I could have done something about it. Now we all look like idiots. But we are so busy. So we have bled a lot of money. The main cause was computers. Computers automatically creating invoices based in inaccurate stock levels. 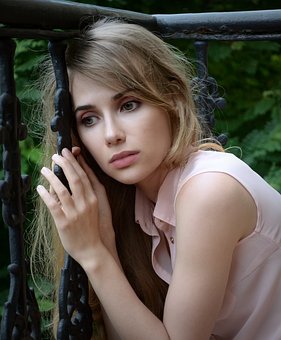 But the point is, I am annoyed because after all the good good good things I have done with care and a smile on my face and a heart of love…all I felt was deflation on discovering that we just bled a small fortune. I wanted to cry. I did cry. Why is it, that even when you have done so much to help others with the best of motives, something falls through the net and when you realize all you can think about is the mistake, the missed opportunity.

I don’t like it, but my teenage sweetheart’s father always used to say:

YOU ARE ONLY AS GOOD AS YOUR LAST MISTAKE

…in other words, that is all our mind can think about sometimes. My heart is so heavy and I feel so deflated, that despite all the hard work and wonderful cooperative spirit at work, we bled all that money…partly because we are all so busy and so tired and because technology is not reliable.

Just a reminder that my 05:58am GMT scheduled posts are mostly republished posts from this time last year. I think I might be confusing some readers. Last summer Goldfinch was living in England (he was here for work). I thought he was upset with me about something…

This tiredness malarkey is hard to beat.  I have slept a lot over the weekend, but I am still exhausted. I am so worried that Goldfinch is not talking to me. He has not replied to any of my texts or voice mails and when I try to ring him, it goes straight to his answering service.

I am not certain but I think it is the weight of this burden on my heart of all that happened between me and my ex-flatmate.  It’s daft, but it is exhausting to relive all those words and looks and thoughts and feelings.

But, I am glad to have found a medium to express these buried memories and emotions, because talking out loud has not been the way to communicate these for me.  For starters, no one is patient enough to let me work through it.  Everyone butts in and asks questions that I cannot answer.  But writing about it all…at least it is all coming out and I am not on my own with these painful memories and emotions (that frankly are not anyone else’s burden, but my own).

For over three years I have been trying to work out what happened and what went wrong and I have narrowed it down to the week I have been relating to you, the week after that cup of tea with my flatmate.  That was key to what happened afterwards.  The following months were agony.  Neither of us were brave enough to sit down and talk again, so the situation became unbearable because we did not communicate, we just hurt each other it seemed.

Then one summer evening after my birthday, I went to a London park on my own, because I did not want to see my ex-flatmate.  It was around 10pm, but it was light when I arrived and there were lots of people around.  I sat on a bench and let myself weep. After a while, a man sat next to me on the bench, and made a few friendly comments.  I became aware of how dark it was and how there was no one else around.

I stood up and said I had better be getting back home. Seconds later, I was on my knees after huge strength pushed me down by the shoulder and I remember with a shudder the words, “You’re not going anywhere.”  I am never going to write a post about what happened between that moment and waking up the next morning in an ambulance – it is not going to happen.  It is something I do not need to relive or write about.

But as I have said before, I am still tormented by everything that happened between my flatmate and I that caused me to go to the park on my own, feeling I could not bear to see him, and deeply grieved that my ex-flatmate still has found no words to communicate to me after that night.

It is a big grey cloud that hangs over me and sometimes blocks out the sunshine.  Even worse, it has perhaps led me to sabotage my wonderful relationship with my gorgeous Goldfinch who gave me his frank opinion of my ex-flatmate last weekend.

This is what happens with emotional tiredness…you do stupid things that you later regret.  My sister Milly called last night and we chatted.  That made me feel a lot better. Thank goodness for family.

But still, not communicating only causes pain.  I have tried to communicate with my ex-flatmate a handful of times over the last three years, but have not received a word back from him.  Everyone involved says he wants to talk, but is still in shock about what happened to me and does not know what to say.  But I no longer care what he says – the silence is unbearable.

And now, waiting to hear from Goldfinch is unbearable. I love him. I am so worried that I have hurt him or made him angry.

Look…all I can do right now is carry on cooking and freezing meals, clean my kitchen and go to bed.  I don’t have the emotional energy to jump on a train and go and stand in front of either my ex-flatmate or Goldfinch.  I am way way too tired.  I just want to curl up in a little ball and pretend none of this ever happened.

I want my life back, my career back and I want to be back in my room in my flat with Ella and Dean, and any flatmates who are willing to empty bins and not be hostile on a daily basis.