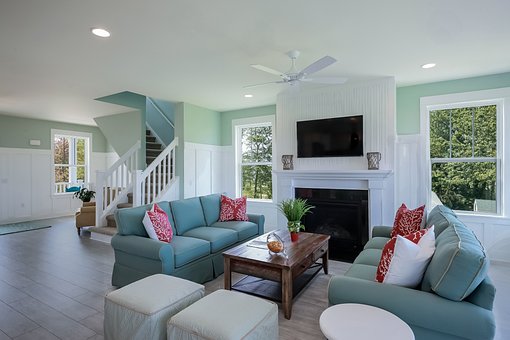 I have a confession.  It still weighs on my conscience after all this time because I suppose I did not do the strictly right thing…you know letter of the law and all.  Nope…it was definitely not right, because the old conscience still tugs at me and says “Naughty Girl!” I have not even told my beloved parents because they would have pointed out exactly what my conscience already knows.

I lived at home with my parents until I was 25. no 26…hold on, I think I am wrong again. I moved out of home six months after I had the the fourth and last in a row of surgical operations and I was finally given the all clear after a two year battle with illness…which means I was…gulp!  Am I really that old?

Let’s start on a more cheerful note…hold on if I was born in…how frightening it is that I am not sure of my own age?  Well what is age?  I don’t see why we should not live forever.  The most important thing is that I only have a handful of grey hairs.  Like my Dad…Dad is seventy…he is still a kind of dark blonde with the occasional honey streak and a rare grey hair…I would be so chuffed if I have inherited Dad’s hair genes and at the age of seventy am still mostly golden headed.  There is nothing wrong with silver hair.

Back to my shameful confession.  After I left home, I had several different forms of accommodation.* (SEE FOOTNOTE IF YOU ARE REMOTELY INTERESTED IN THE DETAILS)  But this is a story about the first time I rented a little flat and had to sign a twenty-eight page contract with a landlord.  It was kind of scary to me.  Looking back, there was nothing really to fear.  In fact I liked having such a clear understanding of the terms.  I do like rules…they make me feel secure.

Now, if you have been reading my previous posts, you will know I really enjoy cleaning, house-keeping, ironing and pretty much any “domestic” activities and practical work. Sorry to sing my own praises…but I am a dream tenant!  I keep my accommodation immaculate.  It’s just the way I have been trained.

But I have a confession to

make.  I have a stain on my conscience.  I have a secret that goes back to when I was newly in the little flat and had just signed a formal contract.  I was a bit nervous of my landlord.

So the incident that I am going to reveal occurred within a few weeks of my moving into the lovely little flat.  It involved a bottle of red wine.

I took the wrapper off the top and then plunged the corkscrew into the cork and twisted it tight.  As I was turning, something did not feel right.  The handles were not raising as they should have.

I realized there was something wrong with the cork.  It was crumbling.  The corkscrew was not effective in a crumbly cork.  So instead, I tried to dig the cork out.  Little by little it came out.  It was an excruciatingly slow process.

Then something truly awful occurred.  As I was digging out cork I did not realize that I was also pushing the cork down slightly.  There came a point when the pressure from the implement I was using pushed the cork right down the neck of the bottle and it crashed into the red wine.  It was so fast and furious I could barely take it in.  A moment later I stood there with red wine dripping down my face and all over my clothes.

But that was nothing compared to what I then discovered to my utter horror.  Red wine…splattered all over the kitchen worktops, down the cupboards and all over the sofa.  The sofa!!! Dark red spots.  I knew that was the urgent priority.  I doused the sofa with water…I was distraught.  My insides were in knots.  Thoughts of being evicted were racing through my mind.

After I had soaked the entire sofa…I knew I would have to wait for it to dry.  I then wiped all of the kitchen work surfaces, the cupboards, the floor.  Every time I stopped, I noticed more wine splashes and streaks.  I was really kind of tearful.

As for the wine bottle…I was so grieved by the catastrophe that had just exploded ruining my plans for the evening (which were to relax with a glass of wine) that I was at first inclined to pour it all down the sink.  I rejected that idea as I am such a penny pincher, I don’t like to waste anything.  I poured some out into a glass.  It was full of crumbled cork.  Aaaaah sigh.  So then I took out a large water jug and put a sieve over it.  I poured the wine out and most of the cork was trapped in the sieve.  But there was still little remnants of cork in the wine.  So I sieved it once more, but this time with some kitchen paper.  That seemed to do the trick, although I am sure some wine was absorbed by the kitchen paper.

I did not feel like drinking the wine though.  I was quite shattered by what

had happened.  I decided I just wanted to be asleep.  That is what I did…I escaped my agonies by slipping into bed and drifting away into a state where I could dream happier thoughts.

The next morning I woke up and instantly remembered the sofa. I rushed into the kitchenette / living area where the sofa was.  I was filled with relief when I saw the sofa.  There were no wine stains anywhere.  I checked over every inch.  All of the red wine splashes had vanished.  The sofa was still a tiny bit damp, but I was sure that everything would be fine.  Aaaaah!  I was overjoyed that all my anxiety could melt away.  No eviction for me afterall!

I went out to work and forgot all about the incident with the red wine.  After a twelve hour shift I was pleased to return to my adorable little abode.  I made myself a light snack and poured myself a small glass of the red wine I had retrieved after the disaster the night before.  After I had eaten I lay down on the sofa to rest.

That is when I saw it!  Why did I not check the night before?  As I caught sight of the ceiling all my pain rose up within me again.  Huge streaks and splashes of red across the white ceiling!  I jumped up and climbed on top of the work-top with a damp cloth.  It didn’t help matters.  It just smudged and spread the red stains.  I could see that the only way to rescue the ceiling was with paint…white paint.

I knew I had seen some paint in one of the out-buildings.  I decided that I should have a look and see what I could find.  I had a little torch which I took with me as I crept outside and made my way into the outbuilding.  I had to climb over the lawn mower, tool boxes and step-ladders to get to the shelves with tins of paint.

By torchlight I looked through all the different types of paint.  There was a lot of gloss and wood stain.  There were oil-based and water-based paints of various colours and an impressive collection of shades of magnolia.  Could I find white emulsion paint?  Nope!  Then I started to wonder if my ceiling was pure white.  I came to the conclusion that it might be a just “off-white”.  It certainly was not a glaring white.  So I picked a paint at last, what seemed to be the lightest shade of magnolia on the shelves.

Back into the kitchen.  I did not have any proper paintbrushes at the time.  Normally if I was painting a whole ceiling, I would have used a roller  But I was hoping I could just patch up the the stains.  The only paint brushes I had were ones I used for dusting.  Well…one of them would have to do.

Well I had to put about six coats of paint on to the ceiling before the red stains were undetectable.  I hoped that the paint would dry lighter and resemble the rest of the ceiling.  Only…it didnt!

During the two years I was in that accommodation, nobody ever seemed to notice the big magnolia patch in the middle of my white ceiling.  Or if they did notice, they were too polite to ask.  I was too scared to tell my Landlord.  Pathetic I know!  I was young and very afraid.  They never mentioned it and I have never heard a word from them since asking me about the dark patch in the ceiling.

Whenever I have bought a bottle of wine since, I make sure it has a screw top…I don’t trust corks!

Aaaaagh…I may have “got away with it”…but I tell you the stains on my conscience over that red wine have still not washed away!  Perhaps this confession will help appease my troubled conscience!

*Firstly, I was a lodger.  My landlord and landlady did not ask me to sign any contract.  I gave them the money for my lodgings once a week and I also prepared a little receipt which I signed and asked them to sign so that there were never any disputes about whether I had paid.

Then I moved to a very beautiful home on a great country estate. That was all sealed on a handshake…we had a “gentleman’s agreement”…which we both honoured.  Then I moved into some accommodation owned by friends who also owned a country estate.  They too did not want to have a formal contract, they just asked of me a certain amount of rent.

Then I became a full-time volunteer…that was a bit like being in the military…basic accommodation was provided (aaaaaaaah happiest days of my life…and that is where I am going back to, once as I have had a clear CT scan!…I still have unusual swellings almost three years after that night in the park – I just keep telling them it is because I am so brainy!!!)  I have also had some other tied accommodation roles as a house-keeper in various private homes.