I was going to write a post about what I saw when I finished work on Saturday. It looked to me as if the whole of London had been invited to a party and I was not on the guest list! I was surprised to see the pavements packed with hundreds of people in their gladrags, make-up like they were in a pantomime, covered with bling bling and wreaking of strong perfume.

Where were they going? None of my business, but from what I saw, a lot of people were on their way to take advantage of up to 30 people (which is supposed to be from two households) being allowed to party together, before the change that started on Monday…only 6 people (from two households).

But I have a better story for you…it is my friend who had arranged a big-ish party for next weekend, which I was invited to. I had already said no, because I don’t feel comfortable going to a large social event while I am still interacting with so many vulnerable patients. But now she has had to cancel her party. Oh wow! I forgot how much of a drama queen she could be. She called me in tears and asked why we are not allowed to live yet. I tried to reason with her, but I don’t think I got anywhere. She is fuming and seemed inconsolable.

She will have to accept that big and medium parties are on ice at the moment. Only six people are allowed. Just think of all the fun a group of six could have – you could play Cluedo, you could play Pictionary, or even Twister! It will be just like the old days when we used to have little get togethers.

But come on drama queens – is it really that big a deal to ask you to socialize in small groups until the danger has passed?

I am already counting my blessings. The way things are going there might not be any trick or treaters – that would be an amazing result!….and Jack and I will be allowed to sneak off to a romantic hideaway for the holidays (that would be because both of us have lots of family, so we might volunteer to give up a place at the dinner table so others can claim it). We might be able to hire a cottage and snuggle up for a week all on our own! (Do you think the NHS is going to let me have a whole week off work at the end of December? Nope! The rules are no holidays during December.) But still….not having to upset any family by choosing where we spend the holidays would be awesome. This year might end on a high afterall!!! 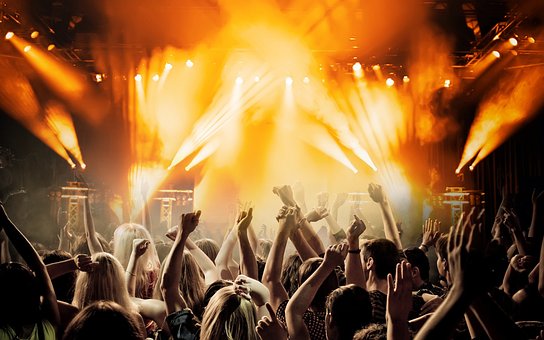 Jack reminded me of a something the other day. It’s not that long ago really…although it feels like a million years ago. Neneh Cherry’s daughter on stage at an award show a few months ago. What we liked most was all the other dancers making a great visual display. I remember loving the overall look of the performance.

Well it’s been almost three months since the plug was pulled on events like that. I know I am not the only one, but I do miss parties. I do miss events. I do miss live performances. But it is all for an important reason. It seems very trivial in comparison for the serious situation we are in.

I do like the memories of all the fun we have had during a time of easy free wheeling for the past few decades. But life is not all fun and dance and merry go rounds and candyfloss. Sure we miss the fun of the fair.

I am pleased to be busy at work. Time is passing quickly. I can be useful to our patients, useful to my colleagues and the wages I earn can be useful to my family. I guess it is not having something to look forward to on my day off that I miss. I am a big socialiser – parties, events, live performances, dinners with friends. I guess it is the sameness of each week, and each day off that is getting to me a bit.

But I don’t want to complain. I want to keep doing my bit to help everyone else. There are plenty of great memories that are an endless source of entertainment and amusement.