Teresa’s challenge for today should have been easy for me. Afterall, I do work in a medical practice!

Your challenge today, should you accept it, is to take put on your mask and gloves and write your best Medical Mystery tale and see where it leads…or whatever/wherever the picture takes you.

Boy oh boy, I had no idea where I was going with this one. I found it really hard! Which is odd considering all the experience I have in various aspects of medical care. I just had no ideas. So I started typing and a mystery even I could not solve developed!

Doctor Plumley had a dilemma of conscience. He was wading into an ethical quagmire with the case he had taken on. The young girl he had just operated on had a secret to hide and she had demanded her right to confidentiality. She was in fear of her very life if her family were to find out. Yet Dr Plumley knew that he had a professional obligation to report his findings to the police or child protection services.

But Surita had made her mind up not to give Dr Plumley the chance to debate the ethics in this case. She had fled from the hospital before the discharge paperwork could even be started. 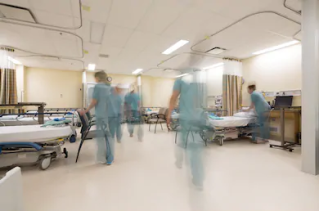 Dr Plumley decided to go to talk to Surita and explain the position he was in. But as he arrived on the ward, there was no sign of Surita or her belongings. When the nurses realized she had left vanished, they were astonished. While they poured over her admission paperwork in search of her mobile phone number, a lady in the bed opposite to the one Surita had occupied called out, “She only left a few minutes ago. She’ll still be somewhere in the hospital.”

Hearing this information, Dr Plumley ran out of the ward and towards the elevators that led down to the ground floor of the hospital. Surita would have to be heading towards the bus station outside the hospital. There was a figure ahead of him, carrying a backpack and wearing a baseball cap. Dr Plumley caught up with her.

There was a look of terror in her eyes, “They will kill me!” she cried.

“Who is it you’re afraid of? You’re family?” 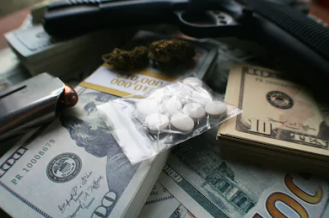 Surita cried out, “My marriage has been arranged by my parents. I am supposed to marry an infamous drugs baron named Chitteo. I fell in love with Samuel. If they knew they would kill both of us.”

“But you’re only fourteen Surita. Samuel could be charged with peodiphilia.”

Surita looked horrified. My wedding is next month. I would have become the wife of a notorious criminal. Samuel is a good man. He will protect me and our child.”

Dr Plumley shook his head, “I can’t let you go Surita. I have an obligation to report this to child services.”

As they spoke there was the toot of a car horn. A car pulled over besides them. Surita turned to Dr Plumley, “We are going to flee for our lives. Literally. Please don’t let them find out. I beg you!” 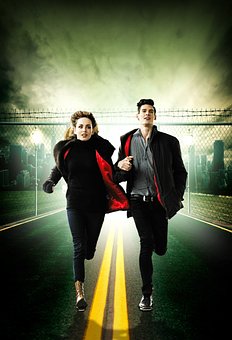 Dr Plumley felt frozen to the spot as he witnessed Surita climb into Samuel’s car. He knew it was wrong for the fourteen year old to be fleeing with the father of her child. But something about the haunting terror in her eyes told him that what she said was true.

Dr Plumley returned to the ward. After receiving inquiries from the nurses, he indicated he had not been able to locate Surita. In his office that evening, he signed off the paperwork from the day’s schedule. He removed the record of Surita’s pregnancy from her medical notes.

For the next few weeks Dr Plumley’s conscience was tormented. Especially when he heard of several shady looking characters turning up at the hospital to try to trace the case files relating to Surita’s admission to the hospital. Apparently, they had been aggressive on discovering Surita had not been officially discharged, but had walked out of the hospital without anyone noticing.

One day Dr Plumley received a phone call that eased his anxiety. It was Surita. “Where are you Surita? I have been so worried.”

“I can’t tell you. But I am safe. Samuel and I have changed our names and have managed to find a refuge to hide away. Thank you so much for helping me Dr Plumley.” 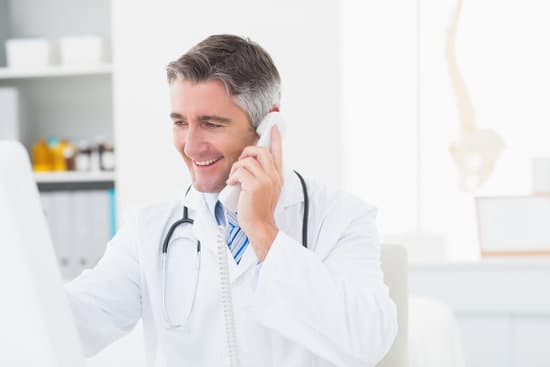 “Chitteo, the man I was engaged to be married to, he is very dangerous. You mustn’t tell anyone that you let me leave with Samuel. He will seek revenge if he discovers the truth. You could be in danger Dr Plumley.”

The following morning, a nurse walked into Dr Plumley’s office and was shocked to find him lent over his desk, with congealed blood pooled below his head. The police investigation discovered that Dr Plumley’s telephone had been bugged. Camera footage showed two men in dark suits had entered the corridor where Dr Plumley’s office was located, half an hour after an international call was made to his office. The two men were seen on the video departing a couple of minutes later.