In the days that followed the heated exchange in the kitchen during which we both melted considerably, Jack and I were both very careful with each other.  There was no icy cold shoulder. The atmosphere was was quiet, but intense. We were both rather fragile and raw, not ready to risk becoming emotional again.

I remember several mornings he made coffee for me and Ella told me Jack had actually bought milk for the first time. Jack hardly said a word to me, but he was clearly being thoughtful and kind. He washed up all his dishes and cleaned the stove after cooking. He left everything sparkling  clean. He never came quite as far as emptying the bin, but I don’t want to be picky.

I often thought he was looking at me, but when I turned towards him, he would look away. I seemed to have to be very clever to catch his eye, and I always made sure I was ready to greet his gaze with a warm smile. I just wanted him to know that it really was all ok.

The first time I saw Damian that week he started laughing and claimed Jack had told him the two of us had argued and that I had threatened Jack with a knife.  I was totally immune to anything Damian or anyone else had to say.  I just laughed at Damian and told him I carried a knife in my bag so he better not upset me.

As far as I was concerned, nobody was going to ruin things between Jack and I this time.I was happy to gloss over all misdemeanours real or perceived, all potential causes for hurt. Now I was determined to just focus on Jack and not let anyone interfere. Nobody else could really understand what was happening between Jack and I.  If Jack and I did not understand it, how could anybody else?

But unlike the week before, Jack and I did not chat outside the flat and in front of friends.  I think we both understood being together in public was only going to keep feeding the speculation and fascination of people who had hardly anything to do with either of us.

When friends and workmates tried to show me something about me or Jack on Facebook, Instagram, a Whatsapp group or tell me something they had heard…I feigned complete disinterest.  I did not want to let myself become provoked by the thoughtless or cruel comments of people who did not really care about either my own or Jack’s long term welfare.

Now…I have been writing posts about events that took place during one particular week. I am sorry to say there was still a slightly rocky situation between Jack and I.  I think we were both afraid to talk that intensely again.  We had opportunities, but we never again came close to pouring out our feelings. 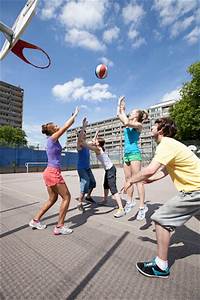 I had felt down for a while, so I started to spend a lot more time running and getting involved in other sports, swimming, basketball and a boot-camp style exercise class.  I am sure this was good for me, the endorphins and meeting new people were a positive for me. Only, it meant I was at home less of course. So I had less time with Jack. He started going away at weekends more and more. When we saw each other, he always seemed pleased to see me and asked me how I was and what I had been up to.

Occasionally, he completely surprised me by turning up at basketball, and as usual he became the centre of attention.  One day I will write a post about Jack and me being on the basketball court at the same time because it was quite hilarious.

He surprised me even more by turning up in his trunks at the swimming pool I went to. That was even more bizarre.  I think it perhaps was a bit embarrassing for him though because he was a very poor swimmer, whereas I was thrashing up and down overtaking everyone else in the pool.

The first time he turned up, I stopped at one point when I realized he was close and tried to chat with him.  He did not seem particularly enchanted by my effort to put him at his ease. So I gave up and carried on swimming. Of course, word spread that Jack had started swimming, and people joked that it was so he could eyeball me in a swimming costume. If there was any remnant of truth in that, I am sure Jack would have been disappointed when he saw what I wore to swim in.

I have written a couple of posts about things that happened during the following months:

Sometime later, I made the decision that I was going to leave the flat.  I told Ella and Dean first.  I let them tell Jack.

Jack seemed perplexed.  I tried to be as pragmatic as possible about it.  I told Jack he would finally be able to relax and not need to be on edge. Suzie told me Jack was very upset I was moving. But lots of my other friends thought it was a wise decision.

I had plenty of time to think it over, I walked miles that autumn contemplating the situation with Jack.  I beheld the full palette of autumnal shades paraded before me between September and November.   I felt as if my spirit was fading as quickly as the foliage withered.  I had to escape. I loved Jack so very much, but for his sake and mine it was better for one of us to leave the flat.

I still remember the night before I moved.  I had packed some of my things into boxes and my room was half empty already.  Jack came and stood outside my room.  He didn’t say anything to me, he just watched me.  I was incredibly emotional because I did not want to leave, it just seemed the right thing to do.  I waited for Jack to say something.

Eventually he said, “I’m sorry Mel.” I was so determined not to cry in front of Jack, I could not say anything to him. “Do you think now we will be able to enjoy being friends?”

A Belgian guy in another flat on our block wanted to exchange rooms with me.  We had identical rooms on different floors.  I would still have lovely French doors and a balcony and my own en suite.  He did not seem happy in his flat.  There were two married couples and he was a single bloke and did not seem to feel he was welcome.  I thought it was a good idea.  I thought that if I lived with two married couples then I would no longer have any difficulties with single male flatmates.  (What happened in that flat is a whole other story, I might share with you one day!)

I told Jack we would still see each other.  Ella and Dean and the others said I should pop in anytime I wanted.  I was still sleeping less than five metres away from Jack for goodness sake.  I could still hear him singing in the shower every morning.  He should not be sulky about this.  But as soon as I moved, he let me know exactly how he was feeling by turning up his music and playing it so loudly that I wanted to go upstairs and throw his stereo out of the window! Everyday he played the same songs…and it really seemed as if it was all for my benefit!

But what on earth was I supposed to do about it?  It was agony hearing him play those songs everyday.  It might seem childish, but it was like torture.  I would walk into the flat and within minutes he would turn on his music and it was always these songs.  He surely knew what he was doing to me.

I had to put my running shoes on and escape the flat and go running.  I was scared he would be watching me from his balcony as I ran away from those songs.

If Jack had something to say to me, he knew where I was.  He knew my phone number, my e-mail address.  He could have written it down in a card.

But there were a few more incidents that occurred that had a very detrimental effect on the possibility of Jack and I ever being friends.

For now, I think it’s time I put Jack back in his box and put the box right up on the top shelf where I don’t think about him. Thinking of him causes me pain and confuses me still. So I am resting from Jack until I have built up my strength again and I am feeling brave enough to share what led up to the night I felt I could not go home in case I saw him.