How do a window-cleaner and a nurse manage to feed and clothe seven children?  There were so many of us.  In our family everybody had little jobs to do.  We all had to help out from a young age.  Money was always going to be tight.  But what Mamma and Dadda could not provide in a material way, they more than made up for in imparting lessons for life…wise and healthy habits for a life-time.

I still remember Dad training me to wash the car for the first time.  When he told me he wanted me to do it…I was chewing gum, I put one hand on my left hip and held out my right hand and demanded “fifty pence should do it!”  Dad glared at me.  He said, “this time you won’t receive a penny, partly because you have been cheeky and partly because I am going to help you so you know how to do it.  But from now it will be your job to do it every weekend and I will give you £1.”

Dadda managed to teach us some vital lessons about money.  Dad would buy chocolate and if we wanted to eat it, we had to buy it off him (paying a bit extra than the price he had bought it for).  Dad reasoned that if we wanted to buy it at a cheaper price, we would walk to the fifteen minutes to the local newsagents, which would go a long way undoing the damage of the chocolate we bought.  Without taking away our choices, he decided to make it a bit more difficult for us to eat rubbish.  Clever Dad – just one of his many clever little ways.

My sister did so much better than I did.  Mandy saved her pocket money and bought clothes and she looked after them very well.  I went through a stage of spending my pocket money on music and sweets.  Eventually I learn to do the same as Mandy (partly because she refused to lend me her lovely clothes!)…but it took me much longer to learn to be prudent with my pennies.  With guidance and training, I also learnt to look after what I owned because I would have to replace my own clothes when I ruined them.

Then there a lesson I will never forget…and looking back retrospectively, it makes me marvel at my Dad for being such a wise man.  It was my first summer with my own radio.  I loved listening to music.  Before I had my own radio, I used to take Dad’s car keys, climb into the car and turn the key just enough for the radio and electric items to work, without starting the engine.  I sat there listening to music for hours…and ran the car battery flat…I did it twice before Dad realized I would be better off with my own little radio.

Oh how I loved my radio!  There was a daily competition which captured my youthful excitement and enthusiasm.  I think if you heard three specific songs in a row you had to call the number advertised and if you were caller 252 you won.  You would win £1000.  They gave away £1000 everyday.  I never did win, but when the phone bill came…OUCH OUCH OUCH!

Dad showed me the phone bill…I could not believe my eyes.  Pages and pages of me ringing the same phone number at a premium rate over and over.  I spent a lot of money on trying to win…around £400.  What did Dadda do?  What do you think he did?  I had to pay it back effectively by not receiving my pocket money for many many months.

This experience taught me never to gamble.  I still pull a face when anyone talks to me about buying lottery tickets, or playing bingo, or having a flutter…Nooooope!!!  Never liked the taste of any form of gambling since my bitter experience as a 13 year old.

Which is what Dad wanted.  He had big money troubles as a young man.  He became engrossed in horse-racing and other sports.  Lost a lot…won next to nothing.  He stopped gambling before he married my mum, but he still found it difficult to be strict with his pennies.  However, he managed, and I take my hat off to him for how well he did.

I wonder whether he was partly motivated by wanting to teach his children how to view money and what it can buy.  All his kids are fit and healthy and able to earn a living – and appreciate the lessons in life we received.  Retrospectively looking back on my childhoood…aaaaaah!…

…all of the lessons in life from my parents…I feel rich…I feel so immensely wealthy.  They have set me up for happiness on a vast scale.  I have a treasure chest of lessons from Mumma and Dadda that keep helping me take wise steps.

I have to admit, the more I put my retro-spectacles on and bring back into my mind the lessons in life Dadda and other family members taught me…I am full-up of love and appreciation and respect for the loveliest window-cleaner in England!  My  Dadda.

A fool and his money are soon parted 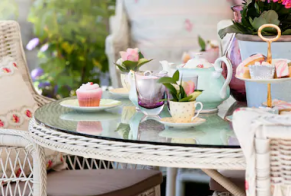 Most people are interested in money to some extent. We all need some money. We need some money to afford shelter, food, clothing and perhaps medical costs etc. But people have widely different thoughts on how much money they need to cover the cost of those basic needs.

It is a good thing to have a little extra money so that you can show hospitality to others. That is a wonderful aspect of life. Generosity and hospitality are very desirable qualities and often help forge strong friendships with others. In addition to needs, people have wants, and for some their list of wants is a great deal longer than for others.

My parents have taught me to cultivate qualities such as contentment, modesty, a simple lifestyle, recycling, repairing my belongings etc. That has helped me to live on a very small budget ever since I left home. I find it attractive in others when they live a modest lifestyle. I would recommend judicious use of material things and thoughtful care of one’s possessions.

However, all around us, we see people spending a lot of money on flashy, luxury items. If you could see the area I live in, well the houses, the cars, the pricey boutiques, the fine restaurants…people here seem to have a lot of spare cash! A big name in the music industry moved in to a house just round the corner. The papers said they spent over £15,000,000 on their new pad! Ay karumba! Apparently they have numerous properties all over the world, so they spent £15,000,000 on a spare house!

What about the rest of us normal folk who have to check the price of things before we buy them? Well…many of us have had times when we have to watch the pennies carefully and times when we can be a bit more relaxed and have a bit of extra cash to enjoy.

There are three areas that I think can catch “a fool” out. They are:

Friends, colleagues or advertisers may bombard us with subtle or blatant claims that we need a certain product or even a whole way of life. Electronic devices, cars, kitchen cabinets, sportswear, holidays or all sorts of other items. Think of how many times you see or hear commercial adverts, or how many times someone tells you about something they have just spent their money on and recommends the same product to you. 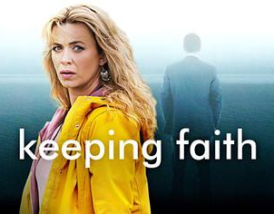 Celebrity endorsements are huge in advertising. Perhaps it is the fool who wants to wear a certain colour because their favourite pop star, sports player or actor is seen wearing it! (Sorry I am still laughing about all the celebrities running around in Sainsburys uniforms!) 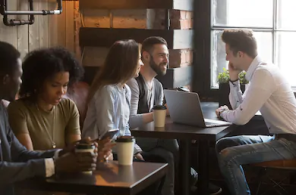 Then there are coffee shops as we know them today. The younger generation might not realize it, but before the television series “Friends”, we did not have coffee shops here in the UK. We had cafes. But after “Friends” became a hit show, Starbucks and all sorts of other coffee chains, with comfy seats and free wifi, sprang up on every high street.

Now, I am not complaining about coffee shops. But the influence from friends, advertisers and entertainment is enormous. A fool may try to keep up with the Jones, the Kardashians and every extra tweak Apple can think of. The fool might not realize that we all have to develop some resistance to the influences around us to spend, spend, spend! 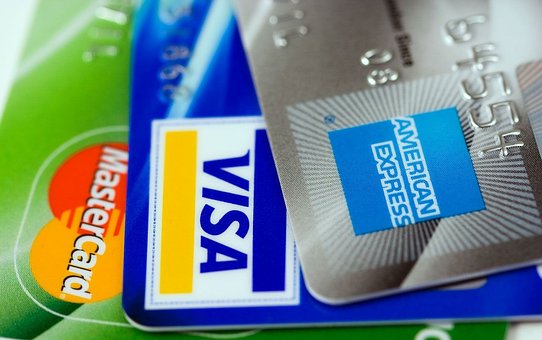 When I was in my late teens, I began to receive junk mail. Back then some companies would post a credit card out to me with a letter to say that if I wanted it, I just needed to start using the card. I had never asked for or applied for a credit card, they just sent it to me! I understand that financial companies have had to become more responsible in who they offer or extend credit to. Many people have ended up in serious trouble because they have taken on too much debt and have not been able to manage it.

One of my favourite and perhaps one of the wisest nuggets of advice on money ever penned is this one:

This system loves to say “BUY NOW, PAY LATER”…when what they actually should say is, “BUY NOW, PAY MORE LATER”. Often that is what credit involves. Paying extra charges and interest. Your money will go further if you save and then spend, rather than spending and then having to pay extra in interest.

On the subject of debt. People might look as if they are doing well, but appearances can be deceptive. One of our neighbours was in the newspapers recently after being declared bankrupt. The media said our neighbour had £60,000,000 worth of debt and that banks had refused to extend any further credit. 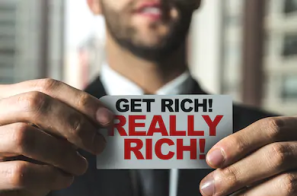 Pyramid schemes, timeshares, get rich quick schemes – there have been so many scams! Often the fool falls for them because they get so excited about the idea of huge profits from a relatively small investment. Whereas, the wiser are aware that “IF IT SOUNDS TOO GOOD TO BE TRUE, IT USUALLY IS!” What makes people fall for the bait? Could it be a touch of greed? It sometimes seems as if there are bloggers on WordPress who seem to think that blogging is a “get rich quick” scheme. Well, I can’t say anything on that subject, I have never made a penny from blogging.

That brings me to gambling. What is it that attracts people to the notion of suddenly possessing a fortune without having to do any work for it? Could that involve some greed too?

Money is a necessary tool. It is satisfying to go out and work with our own mental or physical abilities and to earn a fair wage. We know that we put time and effort in to earn that money. So we ought to use it wisely. After we have covered our basic needs, we should think about how we can use spare money to show hospitality to others and forge strong friendships. After that, we may find we have wants that will help us to enjoy life.

But don’t be a fool! Let money remain a tool. Do not become a slave to advertising, a slave to debt, or a slave to greed! Be wise! Be practical! Be content and be modest! Love life, love nature and love people. Don’t let money get in the way! The very best things in life are not those that can be bought with money.