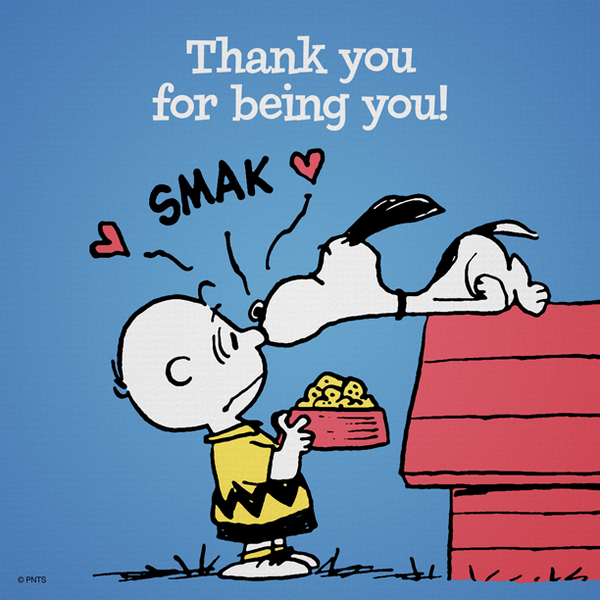 I moved to this little nest on 28th December 2016. One evening something happened which made me feel positive about being here. Before then I had been very unsure whether I would be able to settle here.

Have you ever been through a crises in confidence?  Perhaps after a series of failures, you felt inadequate to face any more future challenges.  Or maybe trials had eroded your optimism and worry had started to gnaw at your outlook.  I am going to tell you how a complete stranger imparted encouragement to me at a time my confidence was failing. She probably had no idea what her words meant to me.

I was itching to be back in London. I had spent almost a year with friends and family after I was attacked and was hoping that now I was physically and emotionally ready to take on the Big Smoke.

My first situation when I returned to London turned out disastrously.   I will save the story for another post, because I am going have to think very carefully about the words I choose regarding the man who was my boss…hmm… I gave my notice in after a couple of weeks and moved to another part of London.  However, whilst I was in a better situation, I had a knockback when I was involved in an accident at work and had to be taken to hospital for a CT scan.  After being discharged, the hospital personnel told me I needed to rest rest rest before I thought about work again.  I admitted to my bosses that I would not be able to say when I would be safe to return to work and we agreed to end my temporary contract.  So I spent the next few weeks with family again.

Anyway… still determined to get back to my life and career as a full-time volunteer in London, I found lovely accommodation and another job and I moved down to London a couple of months later, 28th December, ready to start work the following week.

I was a tad anxious though.  My previous experiences had made me doubt my capabilities to be… what is that word that helps you to achieve your goals?  Oh yes, TENACIOUS!

In all honesty, I didn’t really have much fight in me after everything I had been through. I was rather feeble emotionally and was almost expecting I was going to have yet another failure.

At times, we can be our own worst critic.  I was frustrated with myself, frustrated with my body for letting me down (as I perceived it).  It was gnawing at my confidence that I was still not fully “back on my feet”.  Was it me?  Was there something wrong with me that meant I was doomed for persistent failures?

What if I let down my new landlord and my new boss?  What if I failed again?

It was with thoughts like these swimming around my head that I moved back to London. There was a young woman sitting near me on the train journey down to London I have often wished I could thank.  I brought a large suitcase and a small suitcase when I moved.  She kindly helped me to get both cases all the way from the railway station and onto the underground train I needed to catch, even though she was going a different way.  I cannot remember her name.  I only know that she worked for St Georges Hospital and she was hoping one day to work in plastic surgery, treating those who have suffered from burns and injuries in war torn areas.

What would I do about my crises of confidence? 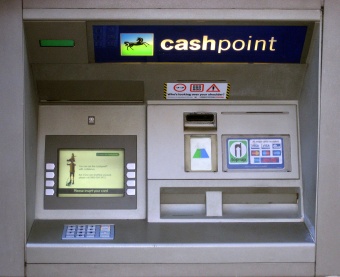 The first night I arrived I went to a cash machine on the local high street.  As I approached and pulled my debit card out to insert into the machine, I noticed that a large amount of money was sticking out of the machine.  I did not touch it, but it looked to be around £200-£300 at least.

I was not sure what to do at first.  The machine would not allow me to insert my own card.  It was beeping and there was a prompt notice on the screen asking the user to take the cash.  A man drew up on a motorcycle and stood behind me waiting his turn to use the machine.  I looked up and down the high street wondering if there was anyone nearby who was running back for the cash they had forgotten, but there was nobody else around.  I was a bit worried that if I asked the man behind me, he might grab the cash himself and make a run for it.  I felt responsible to guard the money I had found.  The was a mini-supermarket nearby.  Maybe I should take the cash inside there for safe -keeping and report to them what had happened.  Then I remembered there is a police phone number for non-emergencies.  So I rang 101 and asked what I should do.  The administrator on the line asked me if there was anyone else around.  She was very kind and expressed her sympathy for me standing there bewildered because somebody else’s money was in jeopardy.

Suddenly I saw a woman (I would have guessed in her sixties) running back towards us. She was returning with the horror of realizing she had forgotten the money she had just withdrawn.  I reassured her it was still there.  She was so glad, so grateful.

It was this lady, this complete stranger who then said to me the words I used in the title of this post:

The lady on the phone at 101 had heard everything.  She was also very kind.  She told me that some people would just have run off with the money without a thought.  She said “that lady is right, you should take her words to heart.”

I walked home with tears in my eyes.  Those words had such a powerful effect on me. They were desperately needed words that bolstered my courage.  I had a reminder that what defines success or failure, is not how much money you earn, the career you are striving within, the qualifications and accolades you may have been awarded.  Success is not having a perfect situation, a perfect body, perfect health, or being able to say you have never been bullied and you have never been the victim of a crime.

Qualities of the heart…that’s what my parents aimed to cultivate in us.   They wanted to be sure that where-ever life took us, whether we were in company or all alone, we would live by the values they had sounded down into our little hearts.  There would be times when we might not know exactly what to do.  We might meet challenges that bamboozled us!  But so long as we stayed within the beautiful lessons for life that we had been taught we would be successful.

What a wonderful thing to say to someone, and a complete stranger at that!  I would love that lady to know how much I appreciated her expression of thanks on my first night back in London.

Lately I am glad of everybody and everything that is uplifting and encouraging. Working for the NHS is tiring and I am missing my family and friends (including Jack), my normal life of projects all over London and working with lots of volunteers from various ages and backgrounds, and sad not to be going to Australia to see my Goldfinch.

I need cheering up!!! WordPress bloggers are helping lift my spirits by sharing their favourite things! I was also nominated to take part in the TEN OF MY FAVOURITE FEELINGS challenge by Sadje, the creator of Keep it alive, as you can see from her post below:

This lovely challenge was created by the fabulous X A N D R I A as you can see from her original post below: 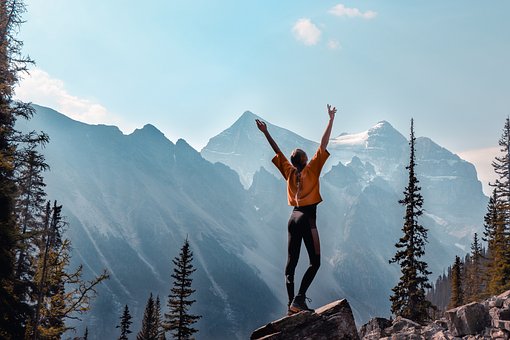 TEN OF MY FAVOURITE FEELINGS

1. Hearing the voices of my family on the phone. Especially the voice of my little niece singing to me. Even better is being with my family. But because of the social distancing restrictions I have not been able to them for months.

2. The excitement that builds when my train/plane is just about to arrive and I know that Goldfinch is waiting for me. Falling asleep with his arms wrapped around me. 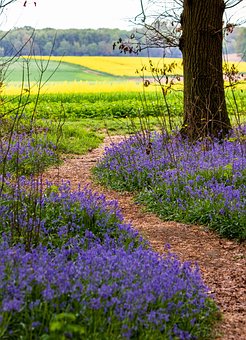 3. Walking in the woods when they are empty of people, and listening to birdsong, seeing squirrels scamper, feeling golden sunshine on my skin and discovering purple carpets of bluebells. Sensing how much life is throbbing all around me. Realizing I cannot hear any cars nor can I see any grey concrete. Imagining the day when the whole earth will be a paradise.

4. Slipping in between fresh sheets in my bed and breathing in the sandalwood fabric spray. My “thank you for this day and please help me to make your heart glad” prayer before I drift away into sweet sleep.

5. Sitting in the Royal Albert Hall as the audience suddenly goes silent and the orchestra begin to play. Especially when it is a John Williams tribute concern or a Music From the Movies event!

6. Signs that winter is over and spring and summer are on the way – snowdrops and ducklings, lambs and cherry-tree blossoms make way for everything I love!!

7. Snuggling up on the sofa with Jack and listening to him tell me how his day was. Gladness that he is back in my life and we are at peace. Thrill at the thought when the whole human family is at peace and pain and resentment are all forgotten. 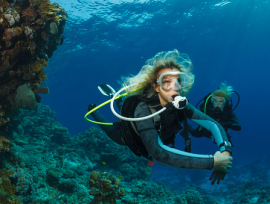 8. Diving into cool water on a hot day. My favourite water experience was when we went scuba diving in Turkey. Tiny little fish swimming in and out of our fingers – it was amazing!

9. Lacing up my hiking boots to go walking with friends and then after a steep ascent, arriving at the top of a hill or mountain and taking in a breathtaking view! (Can I also mention one of the most amazing moments of my life when we were sledging in the North of Sweden and the sun started to rise turning the snow in to a dazzling rainbow of colours!) 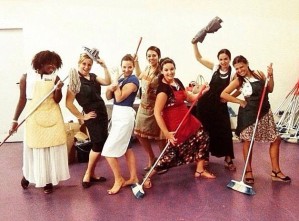 10. Being at a large event with thousands of other volunteers I have met and worked with over the past twenty two years. The hugs, the laughter, the singing. Realizing we don’t need a police presence at our events despite tens of thousands of people of all ages and cultures being present. Seeing the joy volunteers display as they clean and repair the area and leave it better than before we arrived. Dreaming of the day the whole earth will be clean and full of joyful people who work together to keep our home planet beautiful.

We were asked to provide ten of our favourite feelings…but I am going to give you a bonus feeling! I sing to myself on the way to and from work…and I often choose to sing songs from “The Sound Of Music”. I also love love love the anticipation as the opening few minutes of footage take you on a tour of Salzburg before Julie Andrews begins to sing “The hills are alive…with the sound of music”!!! It is so gorgeous!!!