When I was poorly sick just over a week ago, I was looking for something on television to distract me. I chose a film I have seen before. A dramatisation of Charlotte Bronte’ “Jane Eyre”. I read the book as a teenager, and I did think it quite wonderful. although I am not the biggest fan of any of the Bronte sisters in all honesty. So dramatic! I do prefer a more light-hearted cheerier romance in all honesty! I can just about cope with the dramatic, but some of the Bronte’s writings are more on the traumatic side!

But nonetheless, I did love Jane and wanted her to be happy. It seemed clear that it was only her devotion for Mr Rochester that could finally be expressed with a clear conscience that could make her really happy.

But I was struck by one particular scene in the 2011 dramatisation I watched. I have seen it acted out by others, but I really really was moved by this proposal scene.

I am such a softie! I love a romance. I totally understood the distraught conscience that plagued Jane. I absolutely understood that she could not force herself to love someone else, even though he was everything deemed proper. “Enough of love” indeed!

One of the ways I show love is acts of service (oooh that post is still in my drafts folder) and I can easily relate to the thought of loving a man who I could be useful to and express my devotion too. What I do like about Jane Eyre – is the portrayal of a love story in circumstances that are far from perfect. Had Jane and Mr Rochester crossed paths years earlier they may not have suited each other at all. But now after life has inflicted all sorts of blows and to some extent blessings – they find exactly what they need in each other.

I do love a happy-ish ending.

I realize that sometimes bloggers may not realize just why I am so deeply grateful to have Jack in my life. I used to write about the estrangement with him when I first started out blogging, but a year ago the situation was reversed.

Jack and I had a talk recently about some of the posts (THE STORM IN A TEACUP Series) I published about him and I, before we ever made peace. He has read them all in the past.

I asked him if it was time to remove them. He did not see why I should do that. I told him that because I was a new blogger when I wrote them, they don’t look great. They need editing to remove the typos. He said that would be a good idea. Then I asked Jack if he would read my edited versions to see if there was anything he would prefer me to remove. So he did.

Then, after a flurry of questions about Jack and myself, I asked Jack how he felt about the possibility of re-publishing them. That may explain why I sometimes refer to a past drama between Jack and I. He wanted time to think about it. We shelved the idea for a while. But then Jack came back to me and said something that surprised me…why don’t we write a novel together with our story?

I will admit the thought has gone through my mind. But it would be very emotional. I could not do it on my own Jack has suggested we do it together. I was taken aback. It’s a project that we are going to work on little by little. We have only just started.

But in the meantime, Jack agreed that although we both have so many regrets about the past, our dramatic history is always a reminder to us of how special what we have is. It’s a miracle! So….we are going to re-publish the entire STORM IN A TEA-CUP series! These flashback posts will appear each Friday…just one a week. Some of the longer ones, I may break up into two posts.

The first will be published on the first Friday in October. We think they will last until the end of 2020. Please remember that what you are reading has a very happy ending, and also remember that there are situations that seem hopeless, but sometimes, completely out of the blue, something wonderful happens!

Well, it all started over a month ago. Not sure right now what is going on. It helps to write it down because it is so hard to hold it all in. I am so glad I have this outlet. Sharing a thrilling secret with the last person you would ever expect. Terrified this is going to end in more pain. Sneaking around in sunglasses and hats. Avoiding all the places we think we have friends who would recognize us. I, I am finding it all a bit weird. Sick to the stomach weird, and yet…there are other feelings. Deep feelings that nobody really has a right to pry into.

It’s all very delicate right now. All very scary. Keeping my head down and avoiding eye contact with those who know me best, in case I give anything away.

He and I. We just happened out of the millions of people in London to be on the same tiny street a while back. I thought he hadn’t seen me. I thought I’d got away with passing unnoticed.

A couple of weeks later, there was a phone call. Wow! I don’t know if you can imagine the impact it had. Words that should have been spoken a long time ago. It was if someone was peeling back all of my skin and touching quivering flesh. It’s so hard to explain.

What lay dormant, what I thought was dead, sprang to life. He had the right words. I don’t know how else to explain it. He wanted to see me. I didn’t think I could. But he found the words to persuade me.

Walking in the woods, hoods up, scarves around our necks. When it became dark, he used his phone as a torchlight. There were lots of tree roots to avoid. A few people passed. Nobody recognised him, I don’t think so anyway. He and I both terrified for our own reasons. It was so intense.

Looking into his eyes, wondering if I could believe the words, the oh so powerful words. Wanting to run away, but my feet and legs feeling like lead. Needing him to stop talking. Then he did. For some reason reached for my hand. Letting him. Feeling that skin against mine after so long. Unbelievable. After thinking it would never happen again.

He’d said he needed time to think. He’s always thought of me. Four years? He said he’s been haunted by what happened. He’s had a long time to work out what he wanted to say. He knew it must have been unbearable for me. It was. I think you know that better than he does. I told him I thought he hated me. He asked how I could ever think that.

Since then, hard to explain, it’s like a whirlwind. I’ve been wrapped up in it. In him. Feeling like some kind of Venus. A diva. Hiding from the paps, in case they ruin this. Can’t be out in public. Not yet. Too scared to bring him home. Can’t go near his place. Leaves us with his car. Having to saunter in back streets, wondering when he will appear. Finding lonely parts of London. We even drove to the coast one night last week.

Finding myself dressing up for him. Buying dresses wondering how he will like them. Sensing all this was going to lead to something. Feeling guilty because I am supposed to be thinking of someone else. But he is so far away. And I don’t think he even wants something serious with me, otherwise why would he have left me?

Realizing I was forgetting the dream that was never going to come true, running back to the love of my life. No idea what he has in mind. But needing him all the same. Then last weekend, he’d booked a cottage in a lonely little village hidden away in a county neighbouring London.

Let me just be with the love of my life until my dying day. Don’t say anything. Nothing at all. You don’t really know me, and you don’t know him. But like I tried to tell you. He and I were made for each other. We just let everyone else come between us. I am hoping that will never happen again. I am going to keep my eyes fixed on him.I am not going to listen to what anyone else thinks.

He and I are going to try to fix what was broken. He and I are doing this for ourselves. Hiding from everyone. We’ll be in hired cottages and lodges for a while I guess. Thank goodness he has money. Letting our love grow strong. He and I – that’s all that matters. Before we let anyone else know.

If Caramel goes quiet, know that she is happy, with the love of her life. It feels like a miracle happened in London. I can’t let go of that. I can’t let go of him. Scared to ever let go of his hand, knowing I spent four years trying to live without him and failed. Failed because I didn’t want to believe that two people so in love could be enemies. 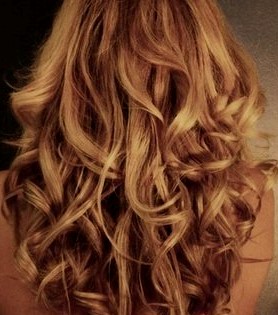 All I ever hoped for was that we could be at peace you know. I never believed for a moment this would happen. So please don’t judge me. In a couple of hours, the love of my life is going to be in the car park at a nearby hotel. I have to walk there with my little overnight bag and look out for his car. I am going to have a shower and curl my hair. He loves my hair curly. He always did. I knew that. The way he used to look at me back then. I have my dress all picked out. I bought this dress thinking of him.

You might not understand. But I can’t worry about what everyone thinks. But for me and him, we are enjoying our secret as long as it lasts. Dizzy with the passion. It’s years of longing that are finally satisfied. For him, it’s something he’s hoped for ever since he met me, so he says. For me, it is the end of a long nightmare. Everyone thinks they know us. They don’t realize what we have both had to bear. Only he and I can begin to grasp it. He’s already my best friend. And I have another best friend 10,100 miles away who is happy for me. Now I’m picking out dresses to wear looking forward to him taking them off. He’s becoming my lifeline. My dream come true. The nightmare seems to be over.