So…I was on my way out to meet some friends. I had just baked some huge peanut butter cookies. A batch of twenty. He would be in for the evening as he had brought some work home. He came into the kitchen before I left. He was very enthusiastic about the aroma of the cookies I had just pulled out of the oven. I said “help yourself”. He gave me a huge grin.

When I returned to the apartment, I felt I had to sneak into my room and wait for a while before I went into the kitchen to make a drink. Once I entered the kitchen, I made more noise clattering than necessary, so he knew I was home – just in case he wanted to come and see me. I realized I could hear his television so maybe he had not heard me.  Did that mean he had finished all his work?  Would he want to come and see me? 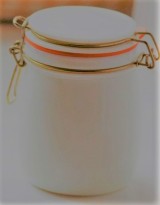 It took a few minutes before I noticed that the cooling rack was empty. I paused for a moment and it occurred to me that maybe he had put the cooled cookies into the jar I had left out on one of the counters. A minute or so later I opened the spring lid to check – empty. I carried on with a little tidying in the hope that he would be thirsty or hungry and would come into the kitchen. Then the thought popped into my mind that asking him about the cookies was a perfectly valid reason for me to disturb his peace while he was trying to work (because I was longing to see him and have contact with him.) I was hesitant though. I didn’t want to be annoying to him at all. I just wanted him to come and play – in a very affectionate way because that is how I had felt for him for some time.  I loved it when we threw teasing and banter at each other. 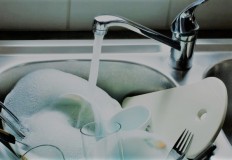 I was overjoyed when he came into the kitchen while I was washing up dishes (a glass of mine and several items that he had left in the sink). He rushed in and stopped himself suddenly. I turned to greet him while still washing up. He surprised me by placing himself within an inch of me, whilst he reached to the cupboard above my head for a glass. My reaction was to immediately jump back and apologize for being in his way (but a moment later I wished I stayed there to allow our bodies to have been against each other.)

I wanted so much for us to speak with each other (ideally curled up on the sofa together but we were still so nervous and awkward with each other.) I remembered the cookies.

He enthusiastically said that they were the best cookies he had ever tasted. (If only I hadn’t picked up on the word (they”).

I smiled and asked where he had put the rest of the cookies. (If only I hadn’t asked that question).

He seemed uneasy. His response with a slightly strained voice was to say he thought they were for him. (If only I had not let the realization he had eaten twenty giant cookies show on my face).

Yes, I am going to admit, every time he walked into the flat, I had been working on something just for him (and his guests of course, who all loved the sweet treats I had been churning out). 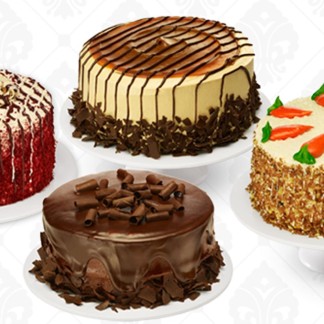 I was hesitant to reply because I knew that since I discovered his sweet tooth I had dramatically increased the frequency of my baking anything I thought he would enjoy, so in a way yes I baked every cookie thinking of him – but to eat all twenty in one evening? giant cookies!  Was I allowed to say to him “yes, of course they were you”? I was concerned he would freak out if he had any idea how strong my feelings for him were.

He snapped and repeated I had said they were for him.

I looked at him and slowly but mildly replied that I thought I had said he could help himself.

His smile had disappeared but now he began to look annoyed. He rolled his eyes and then turned away. Then he turned back sharply and snapped “what am I supposed to do about it now?”

I was anxious (the cookies had all been for him – yes, and all because of the way I felt about him).

“It obviously does matter or you wouldn’t be making such a big deal about it!”

I was paralysed for a moment. I didn’t realize I was making such a big deal. But he seemed upset, his colour had crimsoned and his voice was raised. How could this conversation be going so badly when I just adored him. And I had been baking cookies thinking of him. And while I was out with my friends, he kept coming back into my mind. But here we were within a meter of each other and I seemed to have hurt him and that struck hurt into my heart.

I just had no idea what to say. I was shaking slightly. I asked if we could just forget it and said they were only cookies and I really really was not bothered.

He shook his head and sighed.

I wanted to reach out my hand to touch his arm and say “please”. (If only I had.)

I moved away to return to the sink. He stood there. I had no idea why. I didn’t know what to say. I asked him how his evening had been.

He emphatically pronounced the word “fine”. And returned the question to me with the same tone of voice.

I was pained. I tried to maintain a casual voice so he couldn’t see my pain and said “yeah, it was fine, we had a really good catch up.” (I had been too scared to tell my friends that I was in love with him but had no idea how he felt for me.)

We didn’t say a single word to each other for the next few minutes. I finished washing and then drying the dishes aware that he still stood a couple of metres behind me. I stacked his dishes up neatly so that he could decide where to put them next. As I finished he said to me “you don’t have to wash my dishes you know”.

(I loved washing his dishes for him.) I said “don’t worry, I needed to wash my own and thought I may as well wash yours at the same time.” I wondered if he was annoyed with me or was just acknowledging his thanks although still stinging about the cookies.

I looked at him before I left the room and gave him the kind of quick smile, which was in essence a shrug of my shoulders, because I didn’t know how to fix what had just happened. I walked out of the kitchen. As I reached my door I turned around and I could see him standing outside the kitchen door looking at me.  I paused as I wondered if I should say something, or if he wanted to say something.  Feeling like a fool, I disappeared into my room.  I heard him open the door to his room a few seconds later.  I thought I could detect the volume of his television increase.

On entering my own room and closing the door, I sat down at my desk and put my hands to my face and let myself shed a few tears.

We didn’t seem to understand each other. We didn’t seem to know how to communicate. I had no idea how he felt about me.  Sometimes I thought he was trying to flirt with me but he was just really really bad at flirting.  I couldn’t tell.  He had been so so wonderful right up until the night someone asked me in front of him if I was seeing another friend who had taken me out a few times?  I had made light of it because that friend and I had not shown any physical affection for each other – we were just so well-matched when we wanted to laugh so it was great fun to go out for a drink with him.  But hearing that question – had he changed his view?  Was there a little jealousy or sense of feeling humiliated on his part?  I wish I wish I knew.  I suspect he was not aware of his own feelings because his moods and his manners were so unreliable and tumultuous.

I just knew my feelings for him had taken me from elation to misery within a few minutes’ conversation.

All we needed to do was this:

But that did not happen.

That was just one isolated incident but time and again there were occasions when it seemed we were both frustrated. It was as if we were speaking entirely different languages.

I think the lesson learned was that I had let my feelings race way ahead.  And I fell for a man who seemed to know very little about his own feelings or how to control them.  And it hurt – a lot!  I believe that until my last breath I will remember him with regret.  He torments me everyday though I have been too afraid to go near him for these past three years.

I still can’t get over him eating twenty giant peanut butter cookies within hour hours…I would be sick.  Still….they were for him really.