For a start, you may ask, who is Suzie?

Suzie and I got on as soon as we started working together. We both loved to laugh. Suzie is an amazing dancer. She has always been very popular because she is fun loving and loves parties. She loves shoes, she had a ridiculous amount of shoes which were stacked on top of each other in a pile that took up half of her wardrobe. Some of her shoes I liked, some of her shoes I thought were bizarre, but whenever she wore the shoes I thought were strangest, she received a bundle of compliments about them.

By the time I was living in a flat with my ex-flatmate – you know I have been thinking that is is becoming quite confusing talking about him all of the time as my ex-flatmate. So I am going to make up a name for him.  There is no way I would say his real name. Let’s call him Jack, erm…Jack Barnes.  Right, I hope you are awake, because from now on I am going to call my ex-flatmate (the one who crushed Caramel) Jack Barnes.

Suzie was married by the time I was living in the same flat as Jack. I had moved out of the flat we shared into another flat in the next road. Suzie and I used to spend so much time together before she was married, but I felt it best to give her some space when she was married. I did go round for dinner and loved that her husband cooked amazing jollof rice and plantain. I have loved plantain ever since I spent time in Ghana.

Suzie and I would try to meet on a regular basis after work to run home together. We lived about three miles away from where we worked. We could lengthen the distance we ran for by taking a circuitous route. I loved running. At that stage, I was running at least three times a week. I would do one long run of around 8 miles and two shorter runs of around 4 or 5 miles each week. The run home with Suzie was an extra and I enjoyed it because we used to chat almost the whole time we were running.

So what did Suzie have to say about the situation with Jack? Hmm, I think I have to go further back in time.

Suzie was one of the first people who said I would be perfect for Jack. She had known him for years and their parents knew each other. I know that besides the fact Jack and I were both devoted to working as volunteers on various projects and were both known for being studious, people loved that we both had the same fondness for what we did in our spare time. We were very keen on karaoke and monopoly (not at the same time). That seemed to be everyone’s main focus for a while. I laughed, I just commented that if two people both love monopoly and karaoke, what else is there to worry about? I mean what else could ever be an issue? Karaoke and monopoly are clearly the foundation of a successful relationship!

In addition you probably need to know that Suzie’s husband was a very close friend of Jack’s.  They socialized together a lot.  He also seemed to think I would be perfect for Jack, but he warned me, Jack is not very sensitive to women and can come across a bit ignorant. He told me of several women who had been more than offended by him. He told me Jack is like a teenager and has never really learnt to understand women.

I also knew that Suzie’s husband and other friends who were very close to Jack had started to tease him about me. Especially a young man named Jamal. I will tell you more about Jamal in another post. But, I know that the teasing started with Jamal, Suzie’s husband and a group of their friends. Young men who were fun, popular and addicted to their phones…which is all how it started. I am sure that none of them had any intention of the explosion of invasive interest and insults that developed.

Suzie’s husband was one of the first to cotton on to the fact that what had originated with innocent teasing was starting to get out of hand. He took the time to discuss it with me and realized I was becoming alarmed at the comments I was receiving from complete strangers. From then on, Suzie and him tried to be as supportive as possible in a situation that was going to advance beyond anyone’s expectations. At the end of the day they cared for both Jack and me, and they tried their best to resolve the situation.

So much happened, it would take pages and pages to tell you everything Suzie said to me at every stage of the challenging situation that developed. It all makes up a huge tapestry of “he said this” and “she thought that” and is endless! So what did Suzie say after Jack sat down with me and made me a cup of tea? 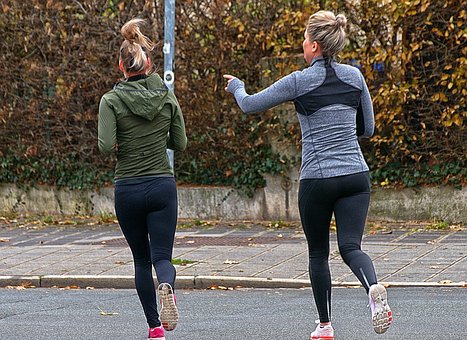 Suzie and I ran home together one evening that following week. First of all, she wanted to know if I was alright. I told her how happy I was with Jack.  Suzie seemed surprised.

Her main concern was my reaction to what everyone else was saying about Jack and I. She confirmed that the consensus of opinion was that Jack and I were now a couple, but she also said that even she was shocked at what she had heard and seen during that week.

“I am sick of gossip and rumours Suzie. Other people have piled so much pressure on both Jack and me, it has ruined the atmosphere in the flat. I just want to be able to feel relaxed in my own home and for Jack to feel relaxed. I honestly thought that by now, people would have become bored and moved on to gossiping about someone else, but it doesn’t seem as if that is ever going to happen. So I only have one choice, to ignore what is being said and not to let it interfere with my life and life in the flat.”

“Well done Mel. I think you are right. All you can do is ignore it. I just want you to be happy. You only deserve to be happy. So does Jack. If you could try to ignore the rest of the world, and don’t worry what anyone else thinks, maybe… just maybe, things will be easier between you and Jack.”

But even Suzie asked me if I thought there was any possibility, after all the damage, that anything more might develop between Jack and I. Much as I loved Suzie, and loved spending time with her, the truth is I no longer trusted her with my feelings about Jack. I suspected she would share whatever I said with her husband and it would then go back to Jack. I truly wanted it to be Jack and I alone who discussed any possible prospects for a future relationship. So I tried to throw cold water all over the idea that anything could ever develop. I said I really did want to enjoy being friends and flatmates. That was all that mattered to me.

I shrugged my shoulders and said that since the conversation the weekend before we had not had another heart to heart, we were just enjoying each other’s company more. Suzie then told me that Jack was making it known to his friends and colleagues that there was something between he and I.

“Suzie, if he has something he wants to talk about to me, he knows where I live.  I am not going to worry about it. We have only just started to get along again. I am in no rush to jeopardise that.”

“That’s fine Mel, just be prepared. He thinks you like him a lot.”

via Circuitous — Word of the Day Challenge

28 thoughts on “What Did Suzie Have To Say About It?”