I have just over 90,000 words all ready to be published in a new book that is already available for pre-order on Amazon.

However…I noticed two huge blunders in my plot today. They are fixable. This is what happens when you write when you are tired…and when you get so carried away with driving the story you forget to keep track of what you have established about your character.

When I first started writing my story, I wanted to explain why my character is so lost and alone in this world. In thinking up reasons for the isolation she lives within, I must have decided that my main character was from a family with little money. I wrote that they could only afford for her mother to travel to Germany to visit family. But later on I decided that my main character inherited an estate worth $86million when her parents were killed in a car crash. So…I have to fix that. 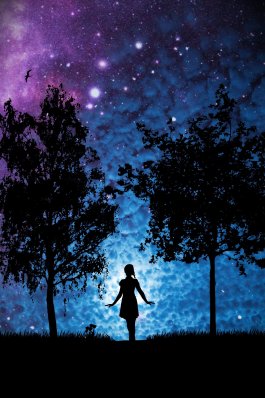 I also noticed that earlier on in the book, my main character tries to ring her ex three years after they have split up and discovers that he has changed his number. But later on in the story, she rings him and speaks to him. How on does she obtain his new number? Well…I have fixed that too!

Ugh! I need to make time to read the novel I wrote within a month and check it more carefully to make sure it is coherent and consistent. Editing needs you to be wide awake and on the ball!!!

I want to finish this one off soon though because I have another idea for a novel bursting to get out of me. Jack has started making plans for the two of us…so I want to get my ideas down while he is in quarantine. Once he starts coming over, I don’t think I am going to have chance to write.

Please send your photos to:

This year we are holding the BAKING CONTEST for bloggers who love to bake. There are no restrictions on your choice of bake. It can be bread, biscuits, cakes or pastries. Savoury or sweet. Healthy or indulgent. Any combination of flavours! We would absolutely love an international feel to the events. So far…we have European, African and American dishes on the menu – but we would love to see more from Asia. So if you are able to spice up our picnic, we would be delighted!

For those who cannot find baking essentials in their local shops, we don’t want to leave you out. Please make something to bring along to the picnic. It can be anything you like, drinks, dips, salads…whatever you would love to see at a sensational picnic feast with other WordPress bloggers.

All you have to do is send your photos in to the email address above. Of course you can create your own post! We will link to your post during the BAKE-OFF to make sure lots of other bloggers see your work.

Remember THE GREAT BLOGGERS’ BAKE-OFF 2020 SUMMER PICNIC will be held on:

…but please send your photos as soon as you can. We are looking forward to sharing some amazing bakes and phenomenal picnic creations with you all!

It’s going to be great fun!!! We’ll be setting WordPress on fire! In a good way!!!