Do you believe in giving people second chances?

Absolutely yes! Wow, yessssssssss! Of course! The main reason for giving people second chances is that surely we appreciate it when someone gives us a second chance.

I am imperfect. I make mistakes. People forgive me. They give me second chances, third chances, fourth chances and more! There are very very very few situations where I would refuse to give another imperfect human a second chance. Look at what happened with Jack and me! Goldfinch once said to me that he marvelled at my powers of forgiveness (in regards to Jack). I think later on in this post, I will recap the basic outline of the contact between Jack and I.

I am not saying this just because I am a softie. I see a legitimate basis for people being forgiving and extending second, third, fourth, fifth….chances to others. We are all imperfect. None of us have had a completely perfect start.

Even if our parents were lovely and did their best to rear us well, they may have inclined us with mistaken thoughts and habits. It is hard to find the right balance in all things. Even the best make mistakes. Some people had a terrible start in life without love and kindness and patience. The cumulative effect of cruelty and abuse are impossible to measure.

I can think of a hundred, nay, a thousand reasons why someone might let you down, make a mistake, tell a lie, break their promise, take something that is not theirs, forget something important…and all manner of other mistakes. I can think of even more reasons to look over their mistake. Stress is a big cause of mistakes. People say and do things when they are stressed – it is so important that people are allowed second chances.

I guess there is a balance to find. Some mistakes are minor, but others are more serious. If someone has deliberately done something wrong, it may be that we have to have some words with the person to make it clear that it is not something we can condone or approve of. But finding the balance is important. Quite rightly, we might despise certain wrong acts – but the truth is everybody makes mistakes. Most of us do wrong things due to weakness, not wickedness.

I know some people might not believe in a Creator, but if you do, you know that our Creator has arranged to give a second chance to almost the entire human race. At great cost to himself, he has bought back what Adam threw in His face. Adam was perfect. There was no basis to forgive the wicked decision he made. Yet he was allowed to have offspring. All of his offspring had an imperfect start.

But soon the human race will have a chance to work towards the purpose our Creator gave to Adam – fill the earth and make it a paradise…take care of it’s creatures. Mankind suffers because of Adam’s decision. The world system has damaged human health, our environment and other creatures. But soon disease will be eradicated and death will be undone. Mankind will have a clean slate, a fresh start, a second chance.

Eventually all mankind will be perfect. Then they will have to choose whether to be like Adam and choose to think they can rule themselves better than their Creator or whether to be like Jesus, the firstborn of all creation who has always been obedient to his Creator. Jesus has been given a special role. Effectively he becomes the adoptive father of the human family that Adam severely damaged. In his role, he will patiently teach and guide us to thrive and to care for our responsibility on this planet properly.

I mentioned earlier the relationship between Jack and I. I have written about it a lot, and I didn’t want it to dominate my post. But here is a basic outline of what happened:

2010 – I became an international volunteer.

People started to talk about Jack and me (we had worked on similar projects and been at the same social events). Over the next couple of years this went from mild teasing to people I did not know being fascinated about whether he and I were romantically involved. 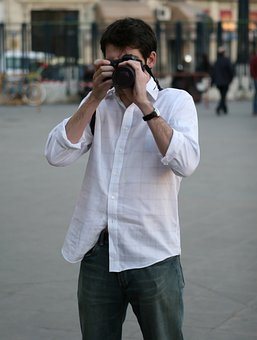 The rumours intensified. Photos of the two of us (still have no idea who took those pictures) spread online. People said whatever they wanted about us, there was no limit to their imagination and in some cases their depravity. People I hardly knew would joke with me about what they were sure was a sexual relationship. The worst of comments were on social media.

Meanwhile, inside the flat, Jack and I were hardly speaking. I asked him repeatedly to try to stop the gossip. He is used to being in the limelight and his response was to tell me to be more thick skinned and to assure me that people would get bored and move on to some other celebrity.

The rumours became worse than ever. People said very cruel things about me specifically. Names like tart, slut, slag, whore and others were used about me…with all manner of prefixes and accusations.

Jack and I were estranged. I did not trust him anymore. He was hurt by my decision to move out. The tension became worse and worse. I thought he was openly hostile towards me. He thought I blamed him for everything.

Rumours began that I was having an affair with a married man, whose wife was one of my close colleagues. I suspected Jack as being the origin of these lies.

2015 – One night I was so overcome with despair after being the subject of cruel taunts and damaging slander for several years, which had affected my work and social life, and eroded my self-confidence, I didn’t want to go home incase I bumped into Jack (I had seen him four times that day). I went to a park. I was the victim of a serious crime that night. The following morning a security guard found me and called an ambulance. I received serious head injuries that night which still cause me challenges five years later.

My sudden departure from London sparked more cruel rumours. I got rid of my smartphone because my heart was so utterly broken at what people were saying.

2016 – After a year of recovering from my physical injuries and the emotional trauma of my attack, I returned to London. My first boss was more than inappropriate on several occasions. I had to leave. My second boss was better. But the part time job (20 hours) I signed up for turned out to be 60+ hours each week. I was exhausted. One day I had an accident at work (my head!) and they had to take me to a local A&E. I was told I was not fit for work.

I had to go back up north to be with family for a couple of months.

I returned to London. I found a safe little nest, hidden away behind two huge security gates. I found suitable work nearby. I was able to resume my voluntary work activities and have expanded them so that I work for charities on an unpaid basis for more hours than I am engaged in paid work.

At the end of 2017 I met Goldfinch ❤ He returned to Australia 14 months after I met him.

2019 – I lost my little apricot. I visited Australia to visit Goldfinch.

In August, Jack and I just happened to be on the same road in London. Within two weeks he called me. He called again a few days later. Within a week, me met up to talk…twice. We talked a lot about the past. There was a lot of forgiveness and letting go of hurt and making peace. The next time we met, he told me his feelings for me.

In December, we told our families that we were now a couple.

2020 – In January, we started letting close friends know and socialising with our friends. We went to a couple of big events together. We walked through local streets and had coffee in cafes without feeling we had to hide from the world.

In March, when many people were desperately trying to get back to the UK because of travel disruption, Jack left the UK for Africa where he is working with international charities. (I am currently cross with him…but at the same time proud of him.)

JACK AND I WOULD NOT BE TOGETHER IF IT WAS NOT FOR SECOND CHANCES. I AM SO GLAD THAT HE GAVE ME ANOTHER CHANCE AND I AM VERY GLAD I GAVE HIM ANOTHER CHANCE.

My mind and heart are at peace about the past. Despite all the damage, despite it seeming like an impossible situation that could never be resolved…Jack and I are together (obviously not physically at the moment) and he and I make an amazing team. I treasure him all the more for knowing that we both blew our first shot, so we are both prizing the second chance we have extended to each other. I am thrilled that Jack and I have each other despite all that went before. In fact, the pain of the past has faded completely. I still remember what happened, but it no longer hurts like it used to. When Jack puts his arms around me…I feel joy that we beat all the odds!

You knew this was coming, surely!

6 thoughts on “Take A (Second) Chance On Me”