Well I made the bread last night. I don’t often make bread to be honest (with so many artisan bakeries on the doorstep, I feel no need). But this was different to any bread I have ever made. Simply water and plain flour. No yeast, no salt.

My Australian friend said to buy organic wine. Well, that was a task! Not least because when I went to the supermarket there was not a single bottle of wine left on the shelf! I was baffled. I asked the assistants what had happened. Apparently since the pubs have closed, people are buying a lot more wine than usual from the supermarkets. So I had to go through a special wine company who would deliver. Anyway now I am prepared. I am talking about mundane matters when actually, my mind is preparing for something very sacred. I have been thinking about it all day.

Over 3,500 years ago, families would be observing the very first Passover. You don’t need me to tell you how very significant and meaningful an event that night was for the Israelites both then and for centuries afterwards.

Then, just less than two thousand years ago, Christ observed the Passover with a small number of his faithful companions. He used familiar features of the Passover commemoration to introduce a a special arrangement he commanded his followers to observe.

During the course of that Passover, Christ made with his followers a Covenant or a legal promise for a Kingdom. For centuries faithful humans had looked forward to the arrival of the Messiah or Christ who would become a King and bring peace to earth. But now a new feature of his rulership was revealed. He would have co-rulers, who would make up the Kingdom government that would restore this earth to what our Creator originally had in mind.

Not all obedient humans become Kings in the heavenly Kingdom. The vast majority of good people they have the magnificent hope of living under the loving rule of that Kingdom. The scriptures read like a manifesto for that Kingdom…ending wars, restoring true justice, eliminating poverty and disease, conquering death…wiping out every tear from our eyes.

After sundown (wherever you live) it will be Nisan 14. On this night the Israelites celebrated the Passover. On this night Christ instituted a new commemoration for all of his followers to observe and made a legal covenant for some of his followers to become part of the heavenly government that would be used to restore the earth and all of it’s creatures so that they thrive.

This is a deeply meaningful night to many millions of people. Above all it is meaningful because on this night we remember that it is our Creator who paid the cost to wipe out the effects of sin and death. He went through the agony of seeing his firstborn son suffer great pain and humiliation.We remember that Christ was willing to suffer and give up his perfect human life to claim back what Adam gave up. We remember our Creator has made provisions for life. He has provided the legal arrangement to save mankind from the consequences of Adam’s choice. We remember that it is our Creator’s purpose to fill this earth with the obedient offspring of Adam and for this planet, our home, to be the beautiful paradise he had in mind.

Tonight many millions will remember the greatest acts of love in history and the wonderful future these make possible. I am going to express my thanks in prayer tonight because the dreams of my heart – for mankind to be at peace and to be happy and healthy – are exactly what our Creator has purposed. To know that the one person in the universe who can bring those changes is longing to do so brings me enormous peace.

I am looking forward to living on earth under the rule of a government that cannot be corrupted. A government that has unlimited resources and cares deeply for all of earth’s creatures. A government which will enable goodness and kindness to flourish. I sleep safe knowing that all things will be put right. 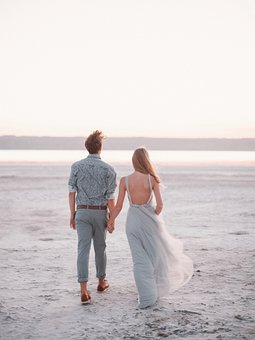 When I see you next…when that will be is a mystery to me…remind me to tell you how furious I am with you right now for not being with me!

When I am with you next…when that will be is a mystery to me…remind me to tell you how angry I am that you are in a different country, a different continent when I need you most!

When I hold you next…when that will be is a mystery to me…remind me, no you will not need to remind me, for when I hold you next I will have forgotten how mad I am at you. Just hold me. Hold me and don’t let go. Never go away from me again. I don’t want to walk on without you.