When I saw Teresa’s writing prompt today, I wondered what realistic fiction meant. I think my fictional stories do perhaps veer towards realistic settings. I am not great with dragons and unicrons and the like.

Your challenge today, should you accept it, is to explore your creative but not fantastical side and write your best Realistic Fiction tale and see where it leads…or whatever/wherever the picture takes you.

This little realistic fictional account is very much inspired by the photo Teresa gave us. 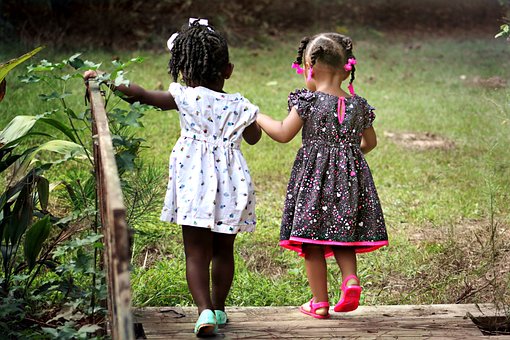 Olivia and Saffron walked together towards the edge of the hill, for it was at the edge of the hill where all the best daisies grew. They had no idea of the distress their anxious parents would experience, when it was noticed that the two little girls were missing.

It was Diana, who first raised the alarm that her daughter Olivia was missing. After the service was over, Diana chatted to other members of the congregation, catching up on the friendly gossip that was passed on freely by other church-goers. It must have been a good half an hour before she was ready to head home to feed her small tribe of children.

There was no sight of her youngest daughter anywhere. None of Olivia’s older siblings could remember seeing her since the end of the service. While rushing around asking their friends, she realized that Dwayne and Felicia were equally anxious about their young daughter Saffron. They said they had not seen Saffron since she had gone to find Olivia after the service.

The pastor was alerted to the disappearance of the two young girls and quickly appealed for an organized search. Everyone who was lingering at the church was eager to help. Parties of parents spread out in all directions calling out the names of the two missing children. “Olivia! Saffron!” was heard echoing around the streets and parkland near to the church.

It was a whole hour before a young man named Alec came running back to tell the pastor that the two little girls had been found, and that they were being walked back to the church by his wife. 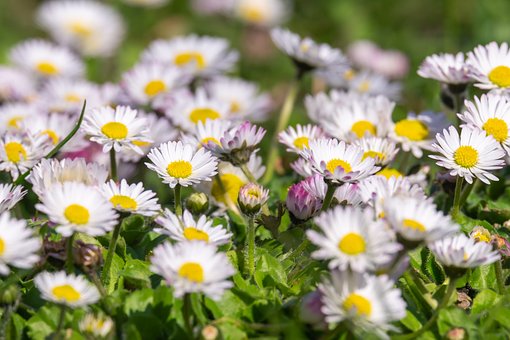 Diana, Dwayne and Felicia were relieved to see the little girls. Diana knelt down to embrace her beloved little girl. With tears streaming from her eyes, she cried, “I was so worried about you Olivia. Where did you go honey?”

Olivia seemed surprised that her mother was making such a fuss, “Saffron took me to find the best daisies. We wanted to make daisy chains.” She proudly held up her floral creation, patiently strung together during the last hour.

“Oh honey, you mustn’t wander away like that without asking me. It’s too dangerous.”

Diana looked at Dwayne and Felicia. The three parent spoke together quietly. After discussing what had happened, they sat down with Olivia and Saffron. Dwayne began to try to explain their concerns. 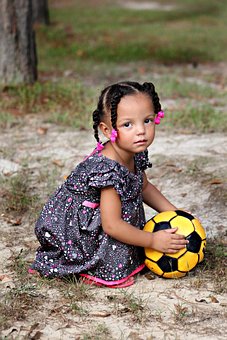 “Girls, it’s so lovely that you wanted to make daisy chains. But you must never wander away to where we can’t see you. We don’t want to lose you. Do you understand?”

“But poppa, we wasn’t lost!” declared Saffron, “We knew the way back here.”

Felicia tried to reason with Saffron and her little friend Olivia, “We just want you to be safe. We want you to be happy playing together and to enjoy the beautiful flowers, but we have to be realistic. There are some people out there who do bad things. It’s our responsibility to keep you safe. So when you want to go somewhere, you must ask one of your parents. You are too little to wander off alone.”

Olivia and Saffron sat with their faces blank. Olivia whimpered “But momma, you were talking to Aunty. I didn’t want to be rude when you was talking.”

Diana appealed to her daughter, “Honey, it’s really important that you remember this. It isn’t safe for you to wander away without me knowing. Do you understand why?”

Olivia shook her head. Saffron shrugged her shoulders, “We wasn’t doing nothing dangerous.”

Felicia responded, “Oh sweetie, I don’t want you to be afraid either. But you need to understand why we are so worried about you. There are some people who try to steal children. We want to keep you safe. So we need to know where you are. We need to make sure that nobody harms you.”

Saffron suddenly sat up, “Like they said at school. Some people might want to show us a puppy or give us sweets. We have to shout no! And scream really loud.”

“That’s right Saffron. It’s our job to look after you and keep you safe. We don’t want anyone to trick you or take you away from us. So from now on, we want you to promise that you won’t wander off without us. Always ask first before you go somewhere else to play,” requested her father.

The two little girls were holding hands as they skipped along towards the car park.

“It’s really sad when you think about it. They are so innocent and full of dreams. It’s such a shame we have to warn them of all the dangers out there,” lamented Diana.

Dwayne sighed, “We have to be realistic though. These are dark times. There are some very sick and twisted people out there.”

Felicia was thinking about everything that had happened, “Wouldn’t it be wonderful to bring our children up in a world where there is no one who would commit such evil acts! I would love for the girls to grow up without fear. Like that passage the pastor read from today:

The wolf will reside for a while with the lamb, and with the young goat the leopard will lie down. The calf and the lion and the fattened animal will all be together. And a little boy will lead them.

The cow and the bear will feed together, and their young will lie down together. The lion will eat straw like the bull.

The nursing child will play over the lair of a cobra, And a weaned child will put his hand over the den of a poisonous snake.

They will not cause any harm or any ruin in all my holy mountain, because the earth will certainly be filled with the knowledge of our Creator as the waters cover the sea.”

This might sound daft, but I had the chance to actually feel I was being supportive of Jack during a stressful experience he had recently. It was not long before he went away that he had a very emotional situation explode on him.

He helps a lot of young lads from pretty mixed up backgrounds. Something terrible happened with one of the lads who has been doing really well. So sad. Huge loss for Jack, to see someone get involved with trouble and crime again. So sad. It upsets Jack to see someone he has come to care about and has invested so much time and encouragement in, make such a silly decision.

Jack is such a gorgeous person. He cares so much. I saw Jack in tears when he heard what happened. I loved being the person he could turn to for some loving words. I loved being the shoulder he could cry on. I do love being with him. I love what he does. I love he man he is. I am so glad that he and I are close again. Well…right now there is a big distance between us because of his current assignment. But we are in touch every day.