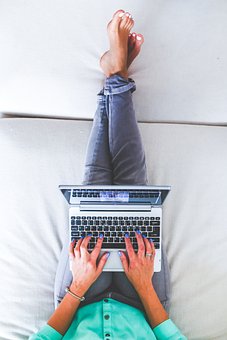 I have received some excellent advice regarding my Annabelle Riley series. Amongst which is that my 240,000 word manuscript (yeah I know!) could easily be made into two seperate books.

That made me take a fresh look at everything. I have been trying to weave certain aspects between both the original story and the sequel, yet at the same time making sure each had an appealing introduction, a compelling body and a riveting conclusion.

Oh and…we have also been discussing the title of the book. I had an idea early on. But I changed it because I did not want the story to sound too depressing. But, in the end everyone I have asked seems to like my original idea. I am going to ask you in an opinion post very soon. I have had a few ideas and I would love to have a bit of feedback on which of the titles is most appealing and fitting for Annabelle’s story.

Anyway…it all takes time! Time is something I am desperately short of at the moment. But we believe Book One, which is now 110,000 words is about ready. I cannot tell you how many times I have proof-read it! Every time I read it, I tweak it.

I still want to cut some of the long conversations between Robin and Annabelle down. She says the same thing about three times. I feel I still need to cut it down! But some days I have to admit that tiredness has beaten me. It is so much easier with a fresh head.

However, I am still enjoying it. I can’t wait to tackle the sequel. I think those latter chapters were more compelling for me to write. So I am really looking forward to editing and proofreading them.

I am not a perfectionist. But I do want to do Annabelle justice!

5 thoughts on “Two Books For The Price Of One”