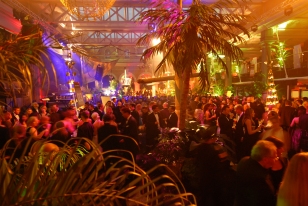 Jack was trying to be serious. I interrupted him!

We were at an event. Everything was going well, so I thought. He and I posing together – yes together. He had his arm around my waist at some points. Other times he was just holding my hand. That was just outside. Then inside the venue, it was just one conversation to the next, with him introducing me to people when they greeted him. 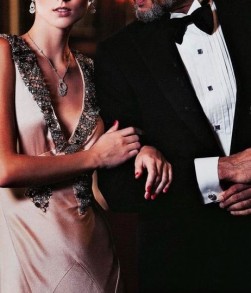 It was all very exciting. I enjoyed chatting with the people I met. I am at ease with people, even strangers, it’s not something I feel too nervous about. As the event itself was starting, I felt a pride at where we sat and the way he left nobody around us in any doubt that we were “together”. I could tell there were numerous glances coming our way. We chatted and clapped and squeezed each other throughout the program.

Several hours later, we were amongst a crowd who were enjoying what was turning into a pretty decent party, (well, for a large event) and there was music. People who had been at the event were dancing. Jack and I were up for dancing. But as we were walking towards the other dancers, he whispered something to me. I couldn’t hear him though. It was just too noisy. But he was looking at me intensely. I wish I had heard him. He asked me what I thought. My reply was “think of what?” He gave me an odd look. Maybe he realized I hadn’t heard his whispered remark, maybe he didn’t. 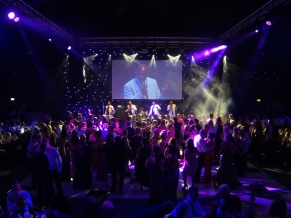 Anyway…it was just too noisy. If it was something important, or meaningful, I hope he keeps it on ice, because I couldn’t understand half of what he said to me that night. Instead, I gave it my all on the dance-floor (which is something I do) and left him laughing and trying to keep up with me. Apparently what we were doing later that night is called “PDA”. How unromantic!

Jack has been showing me photos he has taken of the two of us and asked me to choose which one I like best. He is going to post whichever I choose on his Instagram account. Big step! He thinks it is a good idea to do that now, just before he goes away for a few weeks. By the time he is back, people will perhaps have forgotten all about it, we will be able to enjoy each other’s company without intrusion. 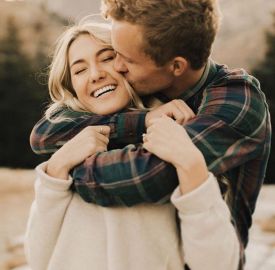 I’m just going to have to trust him. I hate the idea of social media being a way for strangers to possibly spoil something that is personal between he and I. But I was thinking about the volume of noise and the music at that event. I need to try to block out everything else and focus on Jack. I need to listen to him whispering reassurances to me, and not be freaked out by anything horrid that comes back to me, I am not going to let myself look at any comments on his Instagram account or anything else about him online.

He is flying out to the Middle East in a couple of days, I won’t see him before then. I am going to use the time he is away to spend some time with friends I have been neglecting because of all the time I have spent with Jack and tell them all about what has been happening. 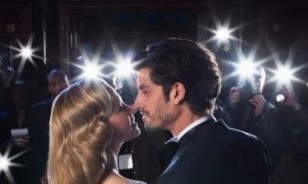 I will miss him tremendously. I have become so used to Jack being a part of, and the highlight of every week. We can still talk on the phone and e-mail. He has another assignment overseas not long after he gets back. We will only have two weeks in between. During those two weeks, there are a couple of large public events he and I will attend together. Now I know exactly what to expect, it will be easier to be prepared. Better to try to enjoy it than have to endure it.

And I hope that when he is back, he remembers whatever he whispered to me the other night, and remembers to whisper it to me again sometime when it is quieter and we are alone. Because I think he was saying something serious to me, and I inadvertently interrupted him in my rush to get to the dancefloor.

7 thoughts on “I Interrupted Him Inadvertently”