Another great writing prompt from Teresa. I am loving these Western themes and as I knew so little about what a cattle drive was, I had to go and read up about them before I could come up with anything.

Your challenge today, should you accept it, is to hit the dusty trail and saunter up to the campfire. Write your take on the Western subgenre of Cattle Drive and see where it leads…or whatever/wherever the picture takes you.

So, this little piece is the third in a little series of Westerns I have used the characters from my Annabelle Riley series in. This story is set two years after The Preacher Who Moved To The Prairies. The part before that was Winter On The Oregon Trail.

“Darlin’ you’ll never guess who’s come a visit’n us!” cried out Robin as he entered the cabin.

His wife’s face lit up, “Well saints preserve us, if it isn’t Mr Ward blessin’ my eyes. How’ve you been Mr Ward? Where’ve you been? It’s been a whole two year now. Little Sarah is already walking and can say a whole bunch of words.”

Chris Ward took his hat off and nodded to Annabelle, “Ma’am, you sure are a pretty sight for sore eyes.”

“It’s been too long Mr Ward. But we appreciated you sending us a line every now and then,” Annabelle warmly replied. 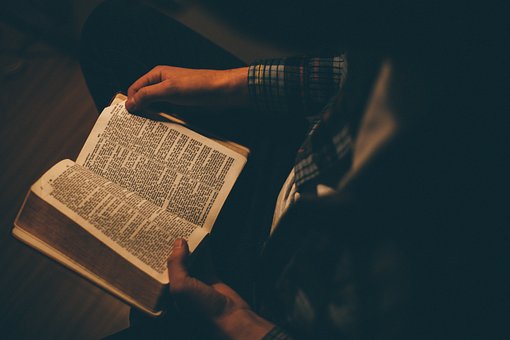 Chris humbly thanked Mrs Grainger, “I’m much obliged to you for the reading and writing tuition you gave me when I was here last. I’ve been keeping my reading up. Reckon you’ll be proud of me when you hear me read outloud.”

Robin had lots of questions for their visitor. He wondered if Chris had returned to trapping up in the Rockies after parting their company a few weeks after Sarah had been born. Chris looked a little awkward at first, but when Annabelle excused herself so that she could go and prepare some food for them all, Chris opened up explained his movements for the past two years.

“You said you were on your way down to Fort Hall when you said goodbye.”

“I went down to Fort Hall. Saw me a group of cattle drivers who had travelled up from Texas heading for the Gold fields. They were the other side of the Snake River. They had been driving the cattle too hard and those beasts were skin and bones.”

“Surely they are not trying to take cattle across the desert!”

“There are easier routes. I realized right then that those cowboys needed a guide to find better trails. So, after they let the poor beasts rest up and fatten a bit, I helped them drive their head of cattle from spring to stream, all south of the California Trail. They paid me off when we reached the Goldfields.”

“So have you been down in California since then?”

“Heck no! I left as soon as I arrived. No place to be lingering when you are carrying a small fortune on you. I headed back east to look into buying beef stock for myself. Figured it could be an investment. I could see there was profit in driving them up to California. I spoke to cowboys in the cattle towns I stopped off at to ask them all about where to find the best cattle.”

“Jeepers, did you end up buying a herd?”

“In the end I did. Only after I wasted a good amount on drinking white mule and gambling. Forgive me my friend but I didn’t realize I was nursing a sore heart over my missing out on the chance of Misses Annabelle. I guess I felt the need to drown my sorrows. But in the end I got myself together and headed out to Texas to buy myself a herd and round up a cook, a wrangler and some experienced cow hands eager to seek their fortune.”

“So were you able to drive the cattle all the way up to California from Texas?”

Chris nodded emphatically, “That herd and a second we drove up twelve month later. We drove them slow so we hardly had any losses. First time round, some of the men thought we were going too slow. But when we got to the Goldfields with three thousand of the fattest cows that have ever turned up there, our beef stock was in high demand. Made quite a name for myself. Second time round, the men did what I told them to, and we made an even bigger taking.”

“Sure I will. That’s why I came a-visitin’. I thought I’d check if you’d be interested in joining me for the next drive we make. You’d make a lot more than you can from logging in the forests up here.”

Robin was listening with great interest, “Logging is hard work and nowhere near as lucrative as trapping was. Only Annabelle has not wanted me to be away from her and little Sarah for long. She said she couldn’t bear the thought of me being up in the mountains for months at a time.”

“Well I guess that answers it. You’d have to be away from her for at least six month to make the journey down to Texas and up to California before you were home.”

Robin sighed, “We could really do with the money. Maybe I’ll have a word with Annabelle.”

Annabelle appeared carrying two beakers of steaming hot coffee, “Well I’m here now darlin’. You can have a word with me if you like.”

Robin turned to his wife, “Mr Ward was asking if I’d like to join him for a cattle drive from Texas up to California. It would pay a handsome profit Annabelle. We could do with the money. Only it would mean being away from home for several months.”

“I heard every word dear,” responded Annabelle. She turned to Chris with a determined expression, “If you are able to drive three thousand cattle slow enough to make hardly and losses and them arriving all fat and healthy, then I reckon it’s not too much for a woman and a young child to be making a journey like that.”

Chris looked alarmed, “Life’s hard out on the trail. It’s no place for a lady.”

“Well, we are desperate for money, but you’re darn tootin’ not taking my husband away from me. If you can look after three thousand cattle, then I believe you can make sure a mother and child don’t suffer any harm.”

Robin turned lovingly to his wife, “Honey, there’d be all sorts of dangers out on the trail. If you don’t want me to leave you and Sarah, then I won’t. We’ve managed so far on the money I can earn from logging. We’ll find a way to get by.”

Annabelle looked at Chris, “What do you say Mr Ward? Do you think I’m strong enough to make the journey along with our little girl? We sure do need more money than my husband is paid for logging.”

6 thoughts on “From Mountain Man To Cattle Driver”