I am going to be at work all day today and then I am dashing home to get ready for the event tonight. I won’t have much time to get ready, but everything is all laid out, so that I don’t waste too much time. It’s my hair that I am worried about. I have not had a trim for ages, and my hair is really long now. So I need to put it up, but that will take time. Anyway…I am starting this post early in the day…and I think I will have to finish it late late tonight.

Your challenge today, should you accept it, is to go undercover and solve the latest mystery. Write your take on the Mystery subgenre of Furry Sleuth and see where it leads…or whatever/wherever the picture takes you. (Furry Sleuths are stories where a dog or cat solves a crime and is told from their perspective.)

I don’t think I have ever written anything from the perspective of a dog before. I have chosen Rufus, the dog that belongs to Robin’s parents (in my Annabelle Riley series) as the protagonist in this little story.

Early one morning, Inspector Rufus was patrolling the perimeter of the Inkpen estate, looking out for signs of mischief. It was frustrating at times to have to wait for the two-legged huge pawed creatures who were so much slower than he was. Still, the catering service they provided was second to none, so Inspector Rufus accepted the other challenges that came with an assignment to protect the two-legged creatures.

Inspector Rufus knew every inch of the woods and fields around the house and outbuildings at Inkpen. Not a blade would be out of place without him knowing.

As he was marching along, leading the way for the two-legged huge pawed couple following behind him, Inspector Rufus’ ears pricked at a noise coming from further down the bank. He could see there were creatures down there and he was keen to race down the hill towards them.

“Stephen, let’s take the other path this morning. We don’t want to disturb their peace.” 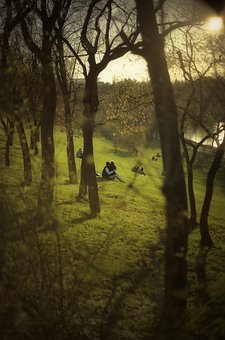 “Oh, is that Nick and Anna down there?”

“Come on Rufus this way!” called Fiona, as Inspector Rufus stood alert, ready to tear down the bank towards the couple who were sitting in the grass with their arms around each other.

Satisfied as he detected the scent of his favourite two-legged creature (Nick, the caretaker/manager of the Inkpen estate, who was with his wife Anna), Inspector Rufus continued his brisk pace, trying to pull the female two-legged along more quickly.

There was another smell in the air. Inspector Rufus found it harder to detect the source of this scent. It was not as familiar. As he tugged harder and harder, the two-legged female finally crouched down and released the catch attached to his collar. As soon as he was released, he raced ahead towards the hedge and began to burrow through a gap.

As soon as he appeared on the other side of the hedge, there was a cry of surprise. “Rufus! What are you doing?” 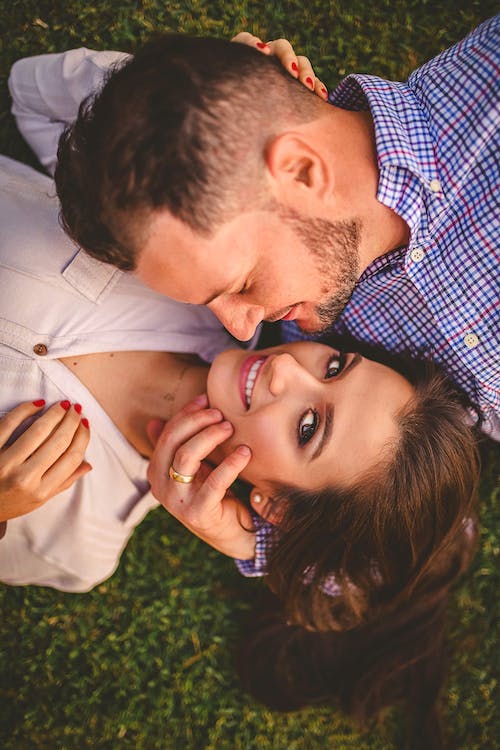 Recognising the two-legged creatures who were lying in the grass, he wagged his tail. These were creatures that had just moved into the newly renovated barn. He remembered that his favourite two-legged (Nick) had moved out all sorts of old furniture and equipment, and had been working on restoring the barn. Inspector Rufus had made it part of his regular inspections to go and check on Nick and make sure that everything was going smoothly. He had found evidence of a tiny furry creature invading the barn and quickly addressed that breach of security.

Chris and Natalia were very friendly to Inspector Rufus and often took him out with them on walks around the local village. They liked long walks so that they could explore the surrounding countryside. Inspector Rufus was delighted to guide them, as these tours of the neighbourhood gave him an opportunity to assert his authority as the most important canine in the hamlet.

When Inspector Rufus heard the two-legged creature he had known the longest, Stephen Grainger calling his name, he scampered back under the hedge and bounded up to him. As they carried on walking, it seemed that they were returning towards the house. The woods were giving way to very neat gardens.

Inspector Rufus was aware of how the female two-legged creature, Fiona, was very protective of her flower beds. Early in the mornings, he often had to chase deer out of the garden. The deer jumped over the fence at night and they had a habit of eating the flowers.

“There must be something in the water!” laughed Stephen as he caught sight of his son and daughter-in-law.

Fiona squeezed Stephen’s hand, “It’s great to see them so happy. It will be five years since they were married next month.”

“Five years! That’s flown by. Did I tell you Robin wants to have a little party on the narrow boat Fi? He says he and Annabelle like to do something to do with boats or sailing for any special celebration. He hasn’t told Annabelle what he’s planning yet, so don’t like the cat out of the bag.”

At mention of the word “cat”, Inspector Rufus let out a loud bark. Robin and Annabelle turned and waved over at Stephen and Fiona who were walking towards them. Meanwhile Inspector Rufus’s attention was diverted elsewhere. For some time now, he had been investigating the mysterious arrival of an unidentifiable creature that didn’t seem like any of the other residents at Inkpen.

The funny creature was waddling over the yawn making strange noises. Inspector Rufus found this creature quite a mystery at times. It let out the most alarming high pitched squeals on occasion. Then there were the array of smells it produced, some of them quite noxious. At first Inspector had assumed this was a four-legged creature without any fur. But things were changing. The mysterious creature was determined to become a two-legged creature despite repeated falls and more of that high pitched squealing.

As Inspector Rufus went to inspect the small two-legged creature, it held out its redundant paws and said, “doggy”.

“Good girl! Well done Sarah,” called Robin. As his daughter tried to stroke Inspector Rufus, he licked her hand. She let out a giggle of joy.

Annabelle grinned, “Come on Sarah, let’s go and wash our hands. Then we can make your cakes pink!” Annabelle walked towards the house with her young daughter, who kept repeating, “Pink cakes, pink cakes!”

“Wow, look at her go! She’s going to have better legs than her mother!” called out Stephen.

Robin turned and raised his eyebrow at his father, “We made fairy cakes this morning. They are cooling in the kitchen. She wants to decorate them before you try one.”

Fiona put her arm around her son, “I love to see you smiling like this.”

Robin lent his head against his mother’s, “I couldn’t be happier.” He bent down and patted Inspector Rufus. Stephen, Fiona and Robin followed behind Inspector Rufus, who was headed back towards the house, eager for some water now that he had completed his morning patrol of the estate.

You are out with some good friends having drinks. One of your best friends makes a joke that seems racist. Your friend doesn’t normally seem to show any attitudes that indicate racism. Do you let it pass? Or do you speak out against the offensive joke? 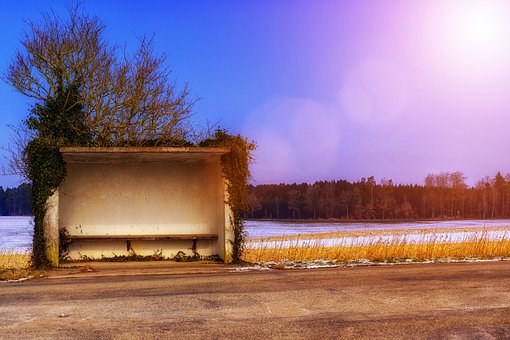 Waiting for a late bus with freezing damp air enveloping us

You put your arm around me, and drew me close to you

I rested my forehead on your chest and breathed you in

Your kisses on the top of my head, your arms around me

The atoms and molecule and cells that make up your body

They were here, close to me, beside me, entangling with me

You are so far away, I cannot reach out for you when I need you

I cannot walk over to your home, or catch a bus or train to see you

How wonderful it was to be next to you, wrapped up in your arms

Of all the wonderfully special memories that you gave me

It kept me warm despite the freezing damp air enveloping me

Thank you for brightening my life and deepening my smiles