I had lots of ideas for Teresa’s prompt today. But in the end, I went with Charlie’s view of colonization of other planets.

Your challenge today, should you accept it, is to explore humanity’s future and write your take on the Science Fiction subgenre of Colonization and see where it leads…or whatever/wherever the picture takes you.

There are so many things I want to write about…and I will write about them, I am sure I will. But sometimes, it is so nice to switch from everything in your life and divert your thoughts to a little bit of fictional writing. You might remember Charlie from another post I published in response to one of Teresa’s posts: When I Grow Up I Want To Be…

“Dad…if humans completely ruin the planet is there a back-up plan?”

“Why do you ask that Charlie?”

“Well, Miss Cromwell was telling the class that one of the reasons why governments spend billions of pounds on researching outer space is that one day we might use up the earth’s natural resources and we will need to find another planet to colonise.”

“Your teacher told you that?” Jacob, turned to his wife and asked, “Lynn, do you think that’s part of the National Curriculum?”

Lynn laughed, “That’s just a bit of speculation. I’m not sure that’s not part of the syllabus. Charlie, did Miss Cromwell explain what she meant?”

Charlie put his knife and fork down, “Well she said that as soon as scientists locate a planet with water and a breathable atmosphere, they will probably send a group of specially chosen people there to try to live.”

“What did you think of that Charlie?” asked his father.

“Dad, I don’t think it’s a good idea at all. Aren’t we supposed to be trying to do our best to look after our planet and live in a way that doesn’t cause harm? Aren’t governments and industries supposed to be converting to renewable energies and finding ways to become carbon neutral or even carbon negative and eliminate non-recyclable waste? But if they think they can just abandon our planet as soon as they find another planet that we can live on, won’t the same thing happen all over again?”

Charlie’s mother commended him “That’s a good point Charlie. You are right, we all need to look after our beautiful planet. It’s wrong that so much damage has been done. It’s endangering the lives of animals, sea creatures and birds. With all of the extreme weather that we have seen, many people have suffered the loss of their homes, schools, and their families.”

“And if we did develop better spaceships that could go further and find other planets, wouldn’t it make us like the bad aliens?” 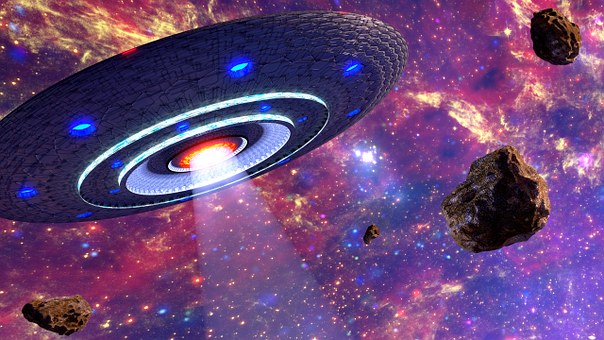 “Well in all of those alien movies, the bad aliens travel looking for planets so they can use up their resources themselves. They always seem greedy and they don’t seem to care about anyone else except themselves.”

“You know they are just movies though Charlie, don’t you?”

“Yeah, I know they aren’t real. I just don’t understand why my teacher said that humans might need to find another planet after we ruin our planet earth. It’s such a silly thing to say, don’t you think?”

“Why do you think it’s silly?”

“Well, you ask me to tidy my room every weekend. If I didn’t bother cleaning my room and just let all my trash build up and it became dirtier and dirtier, the answer wouldn’t be to ask for a different bedroom, would it? If you have a room or a home of your own, you have to learn to look after it properly.”

“Excellent Charlie. You do a great job of tidying up your room. Your mom and I appreciate it.”

“Dad, I think everyone needs to work harder at looking after our planet. We have such a beautiful home here on earth. I think it’s kind of silly thinking that if we ruin this planet, we can turn to a back-up plan. If people don’t look after this planet, how are they going to be able to look after any other planet properly? It would be a disaster!”

7 thoughts on “A Lousy Back-Up Plan”