I was thinking about Teresa’s writing prompt all day. I had a twelve hour shift at work, and I kept on trying to think up a story to respond to this subgenre.

Your challenge today, should you accept it, is to explore your dreamy romantic side. Write your take on the Romance subgenre of Billionaire and see where it leads…or whatever/wherever the picture takes you.

I will admit, I do not like billionaires. I am prejudiced against people who have an obscene amount of money and have not had the good sense yet to let go of it. So I put some of the way I think into the mindset of the female character in this little story. I almost feel as if it needs a Part Two to follow. But with so many twelve hour shifts this month, I doubt I will have chance.

Due to the success of his software company, Laurent De Havillande had become a billionaire at the age of twenty-three. He possessed stunning properties in exclusive areas in several lands. He had a number of private jets and a huge superyacht which had a swimming pool, and a helipad. Laurent’s lifestyle was immersed in luxury. He had travelled the world. he had eaten at the finest restaurants. Laurent had not had to deny himself a single whim. He never asked how much anything cost, why should he concern himself? 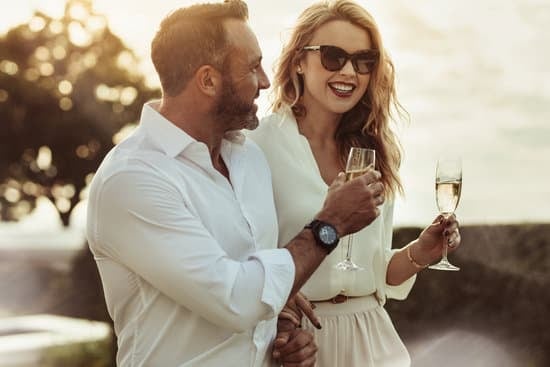 In his twenties and thirties Laurent had enjoyed a string of romantic liaisons with beautiful models, actresses and other women he had met at elite social events. But as he turned forty, Laurent realized that he had never yet found his perfect woman. He was bored of superficial relationships. Women who were flattered by receiving a simple smile from him. His team of personal assistants had bought countless expensive trinkets and gifts for the women he had been involved with, but they were all meaningless tokens to him. The women he had dated seemed fickle and demanding. He grew tired of their vanity quickly and ended the connection with another expensive gift. 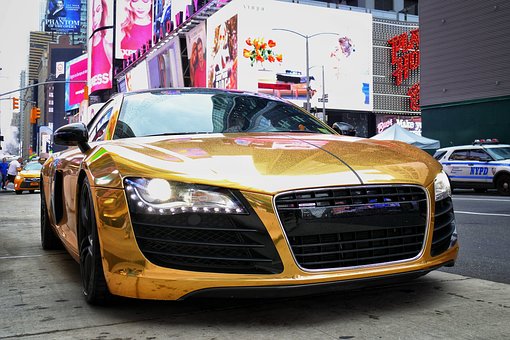 Just after his fortieth birthday he found himself, in his room at the Lanesborough Hotel in London, feeling rather depressed. The new car he had just bought was not quite the shade of gold he had requested. He felt irritable. He had just received the delivery of two new suits from Savile Row tailors King and Allen. The Holland and Sherry cloth had a pinstripe of his name weaved in gold thread throughout. Each suit was more than £15,000. It was yet another stroke of opulence that ran through his life. But the chronic emptiness he had been feeling overwhelmed him.

Laurent was intensely bored. There was no challenge in his life, no conquests yet to make. He sought some kind of excitement and fulfillment. In the search for meaning, he had begun to give more money to various charities and institutions – hospitals, schools, libraries and homeless shelters. But he was doing little other than making financial contributions. There seemed little to engage his attention. All those charities and establishments wanted was his money. 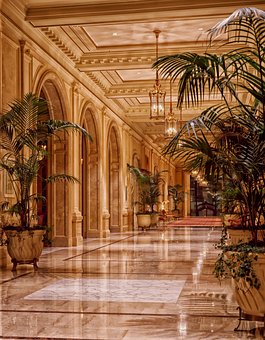 That evening he would attend a conference at the Corinthia Hotel. He knew he was included on the exclusive guestlist due to his philanthropic efforts over the previous few years. He had written some very large cheques and that had won him a little respect among the circles of those he admired most. It was one thing to be obscenely wealthy, it was another thing entirely to attain greatness. He had started to aspire to greatness, but other than signing cheques for good causes, he was not sure how to go about attaining the kind of acclaim he was desperate for.

The chairman of the conference introduced the guest speaker for the evening, Carmelle Renouf. Carmelle was well known for her work with international charities. Her work in providing education as to how local populations could protect their landscape and use sustainable agricultural methods that would help reverse desertification, had been praised. A year before she had won a Nobel Peace Prize for her work in Syria.

Laurent gazed at the stunning woman who, he thought, was rather plainly dressed for an event with so many affluent and elite members of the upper classes present. Although Carmelle Renouf had made no attempt to dress glamorously, he found her manners and grace captivating and he listened to her delicious mellow tones and melodic timbre with delight.

Her speech was provoking and inspirational. In her speech, she pointed out that while economic extremes were perpetuated, there would forever be a need for charity, and how much more sustainable a capped earning potential would be. Laurent thought her notion rather silly and left wing. But nonetheless, she argued her case eloquently and with astonishing clarity of mind and logic.

Despite the discomfort her comments may have caused among most of the wealthy guests at the conference, she received a standing ovation and sustained applause. The Duke of Cambridge shook her hand as she left the platform and could be seen conversing with her for several minutes. Laurent was eager to speak to Miss Renouf. Rather than approaching her directly, he called one of the waiters over and ordered that a bottle of Armand de Brignac champagne be sent to her table with his compliments.

Laurent observed with a smile Carmelle’s reaction, as the waiter approached her table with the champagne bottle. After hearing the waiter’s explanation as to who had sent the bottle, she looked over in his direction. As she made eye contact with Laurent, she waved her hand. Laurent felt a sense of gratification. Carmelle had taken the initial bait. Now, all he had to do was reel her in. He turned to the former Director of The Bank of England who was seated next to him to start a conversation.

Moments later, the waiter returned to the table informing him that Miss Renouf had requested a private word with him, if he would be so kind as to oblige her. The waiter informed Mr De Havillande that Miss Renouf would be outside the banquet hall and would await his appearance, or the return of the waiter if her request could not be accomodated.

Laurent De Havillande waited for a few moments after the waiter had delivered the message. He excused himself from the table and smoothly made his exit from the banquet hall, intrigued by the confidence of Carmelle Renouf in wishing a private audience with him. She was standing beside the large ornate fireplace in the adjoining reception room.

“Mr De Havillande, I received your note complimenting me on my discourse just now. Forgive my impertinence, but I wondered if I may enquire what exactly you enjoyed about my speech?”

Laurent enjoyed seeing the colour rush to Carmelle’s cheeks as she spoke with fervent animation. He thought to himself that she must be flattered by his attention to her. His reply to her was as follows, “Enchanting. You…are enchanting in every way.”

Carmelle Renouf became confused for a moment. She shook off her startled reaction with the recollection of the words she had for the man in front of her, “Only it seems to me that you may have missed the point of what I was trying to say completely. It’s impossible for me to accept that expensive bottle of champagne. The money that paid for that champagne could have been used for so many worthy causes.”

It was the turn of Laurent De Havilland to be confused. He fidgeted for a moment with his cuff, “Are you rejecting my sincere token of respectful esteem Miss Renouf?”

“It would be completely hypocritical for me to be seen swilling champagne after my appeal to those present this evening not to indulge themselves with endless luxuries, but to give up more of their money to the organisations that are working towards the betterment of people in less advantaged countries.”

“So we are not allowed to enjoy ourselves then Miss Renouf? No champagne at special occasions any more? I was toasting the passion of your appeal and your ability to entrance a whole room of people. People who are decidedly difficult to impress.”

Carmelle stared at Laurent De Havillande, who was wearing a deep smile, “I sometimes feel so disgusted when I see the money that rich people waste on luxury. Some of my colleagues say that I have to be careful not to appear unbalanced. Of course I believe we should all enjoy life. But how obscene spending can bring pleasure is beyond me to comprehend.”

“I am glad to hear it. I live for pleasure Miss Renouf, life should be very pleasurable, should it not?” 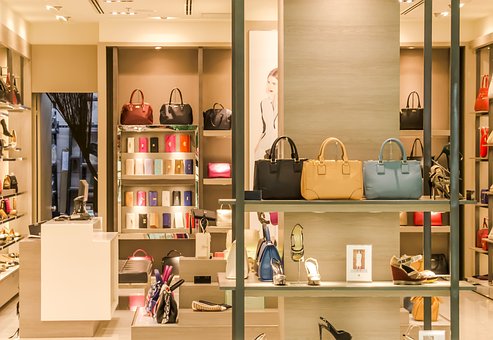 “But I find it disturbing and rather insane that some people spend the same amount of money on a new handbag, or one night in a luxury hotel that a typical family in London spend on their rent in a month. Most of that time they will be fast asleep and not able to enjoy the hotel room. But still they insist on the best that money can buy. That money could be spent to help so many good causes.”

Laurent dared to toy with Miss Renouf, “Other things go on in beautiful hotel rooms besides sleep. I’d be more than happy to enlighten you.”

Carmelle’s reaction revealed she had chosen to take offense at the remark, “I understand you now. Mr De Havillande, your bottle of champagne is still at the table I was seated at. Perhaps you might find some other use for it. Another female guest you could send it to. I shan’t be returning to the conference room. I am leaving. I am sorry you did not understand my speech. I wonder how many others in attendance tonight completely missed the point of what I said.”

WIth that Carmelle Renouf turned and rushed towards the elevators. Before reaching them, she turned into a door that led to the stairwell and stormed down the steps. Watching her deliberately choose not to use the elevator, Laurent laughed in his mind, “That is the one. Let the chase begin. She will be mine.” He walked in the direction she had taken and pressed the button to call the elevator.

As the lift speedily descended, Laurent wondered to himself if Carmelle’s cheeks would be even more reddened one she reached the bottom of the stairwell. Surely she would be quite breathless. He would be there waiting for her. He rehearsed his next line. There was nothing he had ever wanted that he had been unable to win for himself. Now, he wanted Carmelle Renouf, for himself.

12 thoughts on “What Money Cannot Buy”