Jim Adams, aka Newepicauthor, the creator of A Unique Title For Me, is hosting SONG-LYRIC-SUNDAY and this week he has chosen the theme: BOTTOM/END/MIDDLE/SIDE/TOP

I don’t know why, but I had a complete mind blank on this theme. I need Jack to give me some help because I could only think of one song. So I am looking forward to seeing what everyone else thinks of, because my head is foggy this week.

I have chosen a song by Blur, called “End Of A Century”. I had this song in my head at the turn of the year. I was in the local supermarket at around five o’clock in the afternoon. I could hear a young woman loudly shouting obscenities. There was a security guard advising the group of women to behave or else they would be asked to leave. As I walked past them, I realized that these pretty young women, dressed up in glitzy clothing all wreaked of alcohol and they were behaving abonibly. I expect that kind of scene outside some nasty nightclub in Putney at two o’clock in the morning at the weekend, but not in the middle of a supermarket when families and people of all ages are trying to buy their groceries. They were a complete disgrace.

Anyway, I left realizing that sadly that is exactly how many young people will have approached the end of the year and the start of the new year. It’s kind of pathetic isn’t it. Oh well, silly women. It would seem that to them a special night out is to trash their own bodies. 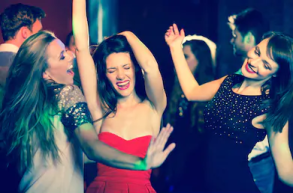 I think the lyrics to this song do touch on a certain “culture” among young adults. It’s not a healthy culture. But it is there. Some people just want to fit in with that culture. I found as a teenager when I was working for the record company and going to clubs and pubs, I was disgusted by the behavior I saw. I couldn’t wait to break free and be able to breath in clean air.

I am sure that is not the thinking that prompted the lyrics in this song. But to me it captures some of the irony of that culture that many young people seem to be in such a hurry to adopt. 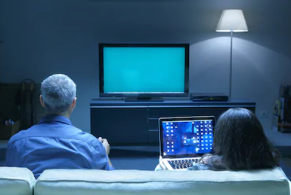 I read that the song was actually referring to the way couples end up staying in instead of going out. Rather than romantic gazing across candlelight, they stare in the light from the television. There is also a reference to people reflecting and having hopes for the future but neglecting to take care of the present.

Anyway…I will stop there…this is my song for today. I am not going to be around today – Jack has plans for me. It’s all good. We are spending time with friends. That is important. Establishing ourselves as a couple – “it’s not up for discussion” is Jack’s line. He is adamant our friends need to respect and accept it. I get the impression he has had more feedback that I have. I am trying not to be anxious. I love Jack and I will follow his lead with this.

Can you eat her yes you can

14 thoughts on “End Of A Century…It’s Nothing Special”