Chris, Robin and Annabelle are up in Bayfield the night before the sailing trip on Annabelle’s thirtieth birthday.

As they were walking back from the restaurant to the Marina, Annabelle asked Robin to take a photo of her and Chris together.

“I don’t have any photos of the two of us together at all. I think you took some those first few months we started hanging out, before Robin came back…” Annabelle’s voice trailed off.

Robin was not concerned about the mention of the regretted absence from Annabelle, “I think you need some photos of Chris. Go on, I’ll take some of you both.”

“Happy Birthday Annie. It means a lot to be with you,” Chris expressed warmly putting his arm around Annabelle.

“Thank you for coming. I couldn’t have asked for a more perfect birthday.”

Annabelle looked a little ashamed, “Maybe I was a little jealous about you and Natalia.”

“Shhhh! I was talking to Chris,” laughed Annabelle, “I am thrilled that you seem so happy. You are very special to me, to us. Well you are just very special. I am so glad, so grateful for all that you are and all you’ve done for us. So you stay close, ok! Don’t forget that you are family. Closer than family.”

As they were nearing the marina, Robin said to Chris, “Do you mind if I have a word with Belle?”

Chris suggested he turn back to Bayfield Wine And Spirits that they had passed moments before, “What do you want to drink Annie?”

“Whatever it was you gave me when we were in New York. Do you remember what it was you found in the mini-bar? It was so sweet.”

“I remember,” he grinned, “That was Baileys. I’ll see if they have it, or something similar. Rob?”

“You know a quality beer Chris. Whatever looks good to you.”

After Chris had left them, Robin drew Annabelle close to him, “I was thinking just now when you were speaking to Chris, maybe I do get jealous sometimes.”

“No Belle. I’m not jealous of Chris. Chris I admire and value a lot. I have nothing but respect for Chris. He has been a great influence on both of us. I don’t want to lose him as a friend anymore than you do. No, it’s someone else that I find very hard to respect that I think I can be jealous of at times.”

“He seems to ring you almost every day. Sometimes several times a day. The two of you are always sending text messages and emails to each other. I’m not comfortable with it Belle.”

“It’s only because of the album. He has wanted my opinion on everything they are doing because of how many of the tracks have lyrics I wrote. He’s trying to make this feel like my project. It’s not my project, but it has been nice to be involved in it. Not working has made me feel low Robin. This has been something that has helped me feel sort of a sense of accomplishment.”

“I am pleased for you. I am Belle. It’s him I have a problem with.”

“But there’s nothing to be jealous of Robin. There is no way in a million years anything would happen between Dean and I.”

“That’s the last thing I’m worried about. Look, I was happy for you that you made your peace with Dean. I was pleased with him for being so supportive of you finding happiness and getting married, and even when you were ill, he proved there is some kind of brain between his ears. But I have become more and more uneasy with him thinking he can talk to you anytime he wants.”

Annabelle tried not to argue with her husband, but there was a tone of dispute about her reply, “Dean is very strong-willed Robin. You know the history we had. Nobody knows him like I do.”

Robin was resolute, “I’ll tell you what I have a problem with. I had to clean up Belle. It was hard. I am really glad I did it. I regret everything that happened while I was away from you, you know how much I do. But there was a point when I was not certain you could forgive me. Mathers makes no attempt to hide his lifestyle. I don’t believe it’s just his image. Let me ask you, do you know if he is using hard drugs and drinking heavily.”

Annabelle bowed her head, “I don’t ask. I just presume he is. He’s been doing it for years. At home in Los Angeles, he’ll use drugs. He and Rick are terrible, and their friends. I always blamed Rick because he has been a huge influence on Dean. Much more so than I could be. Now that he’s working on the album, he won’t be doing them as often. It’s in between recording and touring that he lets himself go. Drinking is different. It’s more of a nerves thing. He does drink at home, but it’s when they are on tour and he gets his bizarre stagefright that he gets out of control.”

“He makes no attempt to change. He doesn’t feel bad about it. Yet you are loyal to him.”

“Robin, I tried for a long time. We had so many arguments about what he was doing. He didn’t want to change.”

“It would be very hard for him to break those habits Belle. He’s been abusing drugs and alcohol for a lot longer than I did. But I gave up Belle. I did it for you. How do you think I feel now that you and Dean are so close again. It’s not just because he is your ex. It’s his lifestyle, his attitude. I don’t think he is good for you. And honestly, your friendship with him, I feel as if it undermines the effort I had to make.”

With a look of hurt in her eyes, Annabelle confessed, “I don’t understand what you mean.”

“Mathers makes no attempt to hide that he drinks heavily and uses drugs. I love the words you wrote Belle, but a love song about the two of us, becoming so publicly connected with him, when you know his drug-taking is mentioned in the media frequently. The Billboard Number One is quite a feet and I am proud of you, but I despise his behaviour and his lifestyle . I don’t want us to be associated with someone like that in all honesty. How are your family going to react if they realize you have been working with him on their new album?”

Annabelle pressed her forehead against her husband’s, “How awful of me. I didn’t mean to make you feel like that. And my parents are going to freak out. I am so stupid!”

“No, don’t feel bad. I’ve been becoming more irritable about him Belle. I don’t think I understood why until recently. I think I do resent that he is has made no effort to clean up his life and yet he thinks he can still have a close friendship with you. Is that true? Is that the message you want to send out to him? That you just accept that he is never going to change and he can still call you up whenever he wants?”

“Of course I wish he would change!”

“He’s never going to change while nobody takes any kind of stand against that behaviour. He needs to realize that he can’t expect a close friendship with us, with you, while he is so reckless. Maybe making it clear how unacceptable that behaviour is will influence him to rethink his image.”

Annabelle sighed, “It was a mistake for me to send him the lyrics I had been writing out. Even before that, I was writing to him and emailing. I sent so many photos of our home in Blackwood, our honeymoon, Natalia’s artwork.” 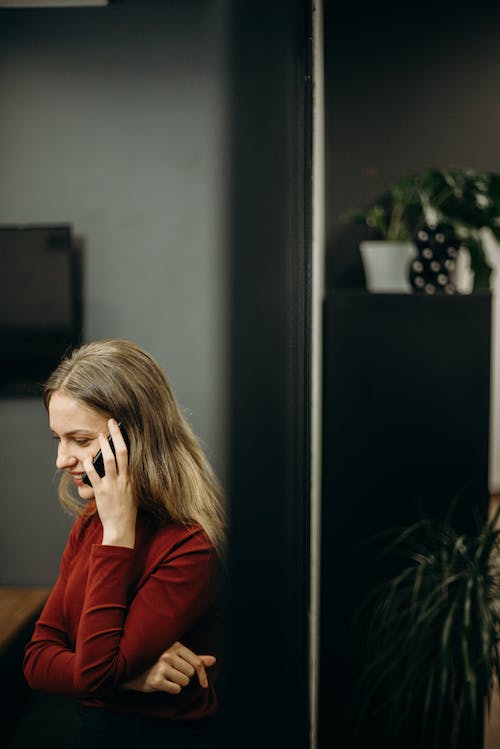 “I will admit, good things have come due to your contact with Dean. I am sure Natalia is glad. I respect that you mean a lot to him. I also realize that your past relationship with him makes you who you are today. I love who you are Belle. But until Mathers shows some sign that he realizes his lifestyle is outrageous and tries to change, I would honestly prefer that you kept contact with him to a minimum and that you keep it strictly professional. I understand that they will want to communicate with you about their album. But I don’t believe he needs to contact you so frequently.”

“I do understand. I’m so sorry I didn’t think. I can’t undo it now though. Their album will be released in a couple of months Robin. It’s too late to pull out now.”

“Don’t worry about it now. But if he calls this weekend, let him know you are busy. I know what he’s like when you don’t answer your phone. So just tell him it’s not convenient. Don’t keep on inviting him into our life Belle, please. I don’t want him with us wherever we go.”

Annabelle nodded silently. Burying her face into her husband’s chest, she let out a sob, “ok.”

“I do understand, yes. I’m just so stupid. I thought this was a way to show you how I felt about you. Writing those lyrics. Turning them into something permanent. But it’s been hurting you to see me having so much to do with Dean.”

“I’ve been a moody git about you and him. I don’t think I knew quite why until recently. Ask Chris how much I have moaned about Mathers. Everyone else thinks it’s great that you and he are working together. But I can’t stand it Belle.”

“Robin, I am so glad you told me how you felt. I just didn’t see what I was doing. I love you so much.”

Chris called out as he approached the couple who were holding each other tightly. As he drew near he pulled out a bottle from the bag he was holding, “They didn’t have any Baileys Annie. They are more a speciality shop. They had some great wines and craft beers. I bought this for you.”

One thought on “Influence”