Annabelle is about to turn thirty. In previous parts of her story, you may remember that she put a lot of effort into planning to make the birthdays of both her husband Robin and her friend Chris special. Is there anything that would make her thirtieth particularly memorable?

“What is Annie doing for her thirtieth? Are you planning a party?”

Robin shook his head, “No mate, she doesn’t want a party. She has been very definite about making sure I was not going to try to throw a surprise party. But she does know I want to surprise her with something special.”

“What do you have in mind?” asked Chris.

“I’ll show you,” Robin grabbed his laptop and opened up a website he had bookmarked. He span his laptop round so that Chris could see for himself.

As soon as Chris realized what he was looking at, he leant over and pretended to punch Robin’s arm, “God! She’ll love it! How long have you been planning this for?”

“Since Christmas. I realized she had spent months planning gifts and surprises for me at Christmas, as well as that camping weekend you two arranged for my birthday last summer. She has set the bar with giving. I have a lot to live up to.”

“This is perfect! No kidding, she’s going to be blown away Rob.”

“Will you be free that weekend?”

Chris stared at Robin, “You don’t want me there Rob. This is something for you and Annie.”

“I think it would mean a lot to her Chris. She’s been trying not to show it, but I know she thinks we’ll be seeing a lot less of you if things get serious between you and Nat.” 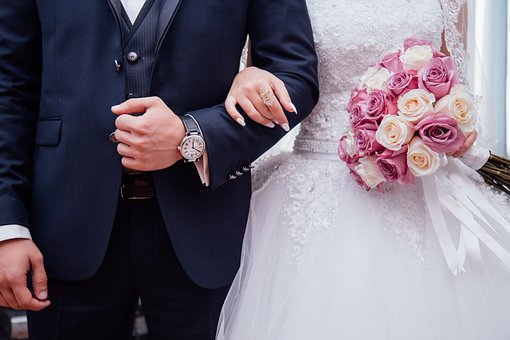 Chris laughed, “Talia and I have had one weekend together and Annie thinks we are getting married!”

Robin grinned, “She is not the only one who will be taking an interest in you two. Anna has rang Annie a couple of times this week to ask questions about what kind of food you like and what you are interested in. Even my Dad wanted to know if they have anything to worry about you being involved with Anna’s sister.”

Chris looked a little alarmed, “No pressure then?”

“No. No pressure” Robin assured  him, “You don’t have anything to worry about mate. Nobody is going to interfere. They just want to know there is nothing for them to worry about.”

“If Anna rings again, tell her I loved fish and chips when I was over in London. Jordan took Gina and me out for a fish and chip supper.”

“So what about Annabelle’s birthday? Will you join us?” 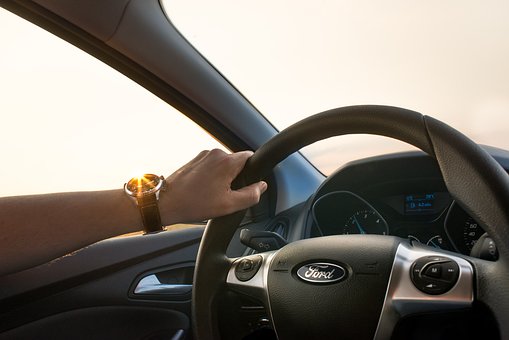 “Are we going to the North Pole?”

Annabelle folded her arms, “It feels like we have been driving north for hours.”

“Four and a half hours Belle. You’ve been asleep for most of the time. It’s even further than the drive between Inkpen and Betws-y-Coed.”

“I might need to stop again soon Robin. That diet coke has gone straight through me.”

Robin laughed, “We’re nearly there Belle. Can you hold on another ten minutes?”

“Where? Where are we going?” she whined. 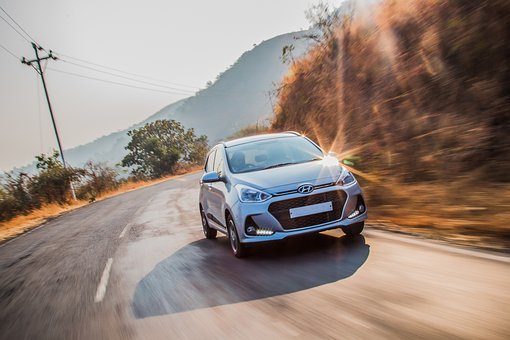 “Belle…We are nearly there. Just wait.”

Annabelle turned around to look at Chris, “Are you going to tell me?”

Chris refused to give her any clue, “Nah-ah!”

“Fine!” Annabelle sighed dramatically. She leant forward to turn the car stereo. The sound of the woman singing made Annabelle turn to Robin, “What about that for perfect timing!”

Chris and Annabelle started laughing. Annabelle said in earnest, “Next time I want to write you a song, I will keep it between us, I promise. It’s not going to go through Universal.” 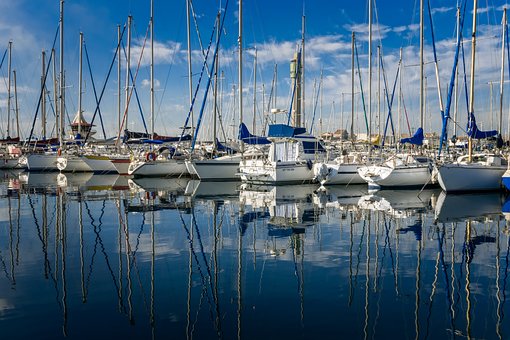 “Here we are,” announced Robin as he turned the car off the main road and drove into the short road that revealed the marina before them.

Annabelle’s eyes widened as she observed the line of white boats in front of her. Her hand grabbed Robin’s hand as it rested on the gear stick. She looked at him with an excited curiosity. Robin did not say a word. After he had parked up, he opened his car door to get out. While he and Chris were picking up the overnight bags in the back of the car, Annabelle climbed out of the car, stretching her stiff legs and looked over towards the sailboats. She turned towards Robin as he approached her and put his arms out towards her, “Robin? What do you have planned?”

Approaching her to kiss her forehead, Robin announced, “Happy Birthday flirty thirty! We are going sailing.”

Annabelle gazed at him with wonder, “What now?” 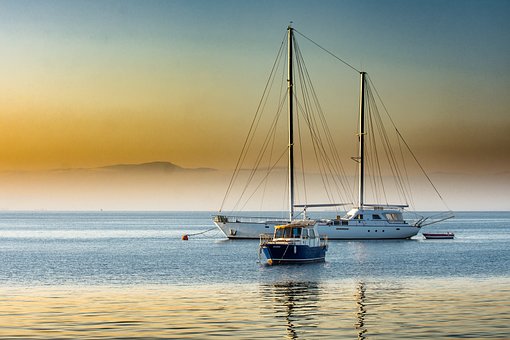 “Tomorrow. We have a package deal. We are sleeping overnight on board and tomorrow the boat will be out on the water all day. We need to go and sign in and then we’ll go and have dinner.”

After checking in and leaving their overnight bags on board the sailboat, they walked a few minutes to The Old Rittenhouse Inn, were Robin had reserved a table for the three of them. Over dinner, he showed Annabelle the information about their trip on his phone. As she read it, she became more and more excited. She placed her hands either side of his face and kissed her husband, “It’s perfect. You gorgeous gorgeous man! It’s absolutely perfect!”

Robin grinned as Annabelle planted kisses all over his face. He could see that some of the other diners were looking over at them, so he took Annabelle’s hand, and winked, “You can thank me later. Not on the boat though. We’re going to have company.” 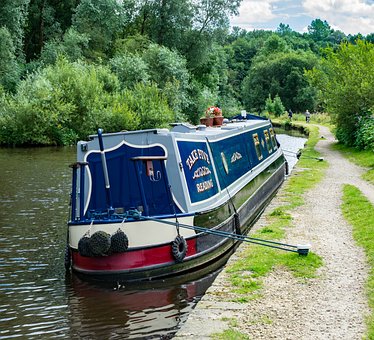 Chris was staring into his drink, “Talia said that your Dad took her and Anna down to the boat they have Rob.”

Robin looked surprised, “Dad took them to the narrow boat? Oh God! He’s getting worse. That thing is his toy, he loves it. It crawls along the Kennet canal at around a mile an hour.”

“Are you excited about going over to see her Chris?” asked Annabelle.

“Contrary to whatever Robin might have said, I am very pleased for you. I do like what we know of Natalia. If she is anything like Anna, then she is a someone special. You’ve heard about their start to life out in Bosnia, haven’t you?”

“I’ve asked her a hundred questions about it. I could listen to her for hours,” replied Chris.

In a rare moment of sincere praise for Natalia, Annabelle continued, “I think her experiences in life must be a very profound motivation in her artwork. She captures pain and beauty so well.”

Chris was pleased to hear Annabelle speak so warmly about Natalia, “I don’t know anything about art. But I love her work.”

Robin grinned, “Her exhibitions so far have had great reviews. This is going to be an interesting year for her. With the plugs the record company have arranged for her art work, this might be a game changer for her.”

Chris nodded, “She is excited!”

Annabelle stared at Chris, “Do you realize she is going to need a lot of support? Creative people go through a lot of highs and lows. Especially when they put so much of their heart into their work. The more publicity her work receives, the more feedback she will receive. Some of it will be critical. It might unnerve her.”

Chris looked searchingly at Annabelle, “I think she can handle it. She’s been an artist for over ten years. But if she needed any support, well, I’ll do what I can.”

Annabelle was maintained her serious tone, “You’ll need to help her forget anything the critics say. Keep her laughing. Don’t let it knock her confidence. You must help her believe in herself and to keep enjoying her art, no matter what anyone else thinks. But if there are valid comments she could learn from, find a way to gently suggest she tries to work on an areas of weakness. Be prepared for her to be irritable. Creative people can get very moody Chris. You might have to put up with her taking out her frustration on you.”

“Don’t all women get moody her Chris?” laughed Robin.

Not confirming she was remembering her years of touring with Dean and the band, Annabelle spoke emphatically, “You can’t take it personally when she is irritable. Keep loving and keep forgiving. Don’t let her get overwhelmed by the critics. It can feel like rejection. When creative people, whether they are artists, musicians or writers, put their heart and soul into their work and someone misunderstands or it or trashes it, well, it’s demoralising.”

“Thanks for the advice Annie. I’ve seen the way you supported Dean. Although I am hoping Natalia is not quite as unpredictable as he is.”

Robin snorted, “Unpredictable? I think he is very predictable!”

“Honey, do we need to bitch about Dean right now?” asked Annabelle.

Robin shook his head, “No. No we don’t. But can we forget about him this weekend?”

One thought on “Thirty”