“Are you going to eat all of those doughnuts Belle?”

“You keep telling me to eat more. These doughnuts from Cranky Al’s are so moreish. Have one of those Bavarian cream ones.”

“Where did Tim and Amy buy them?”

“Wauwatosa. It’s where Amy grew up. They were visiting their folks. Tim has been saying for ages that Cranky Al’s has the best doughnuts he’s tried. He picked up a box for us.”

“It’s good to see you eating like that,” Robin smiled, “But make sure you save a couple for me and Chris. He wants to come over Belle. He is going to bring your journal back with him. What do you want to do? Do you want to talk with him?”

Annabelle found herself pained, “Robin, I am so tired, I don’t think I can face him. Please apologise to Chris for me. I didn’t mean to be ratty with him.”

“I am sure he knows that Belle. If he has read what you wanted to say to him in that journal he will understand.”

“I just want to curl up in bed and sleep. Just make sure Chris understands I am happy for him, please.”

Robin put his arms around Annabelle and kissed the top of her head, “You go to bed. Chris said he is tired so I think we’ll just be watching the game.”

“Belle’s gone to bed. She wanted to apologise about what she said earlier, but she is shattered.”

Chris nodded, “I don’t want her to feel bad.”

The two men sat at the kitchen table, “So how does it feel to know the Billboard Number One was written about you?”

Robin almost choked on the gulp of beer he had just taken, “Piss off! They are playing it on the bloody radio ten times a day.”

“I’m glad he is not singing it. The last thing I wanted was a duet between Belle and Dean. She has such a heart of gold, she just does not see what a prick he is. Have you see his soddin’ photo on the front of GQ? What a knobhead!”

Chris raised his eyebrows, “What’s up? Has he done something else to annoy you?”

“I’m mad at him. He keeps ringing her and texting. I just want him to back off. This album they are using Belle’s lyrics for, he’s just using it to strengthen the connection between them. I’ve told her I’m not happy about how often he calls. But she says their contact is strictly professional, which is absolute rubbish.”

“I can’t say anything pal. Talia is talking about her work for them all the time and in all honesty, I’ll be queueing up to buy it when it’s released.”

Robin pulled a face, “It’s bloody annoying. How would you feel if Natalia was talking to an ex-boyfriend everyday?”

Chris paused, “I know a lot about jealousy Rob.”

“But I think her writing has been good for her. Whether it is lyrics, letters to her family or writing in her journal. Dean has really made that pay off for her, literally I imagine. She is going to earn a packet in royalties from being credited on the album. That has to be good for her when she has not been able to work for so long.”

Robin gulped back more beer. Clutching the bottle he pointed into the air and stated, “Annabelle is the one who is jealous. She won’t admit. But she is jealous of Natalia.”

“I’d be very flattered if I thought that was true.”

Chris frowned, “So, I am not going to pretend to understand that dress. Not that I’m complaining about her turning up like that. But she is not jealous of Talia. She’s just afraid of losing the friendship we’ve had. That’s not the only thing she’s afraid of.”

“That’s exactly what she wrote down in her journal, isn’t it? She is afraid of losing you, she doesn’t think she can cope without you. She is too ashamed to admit that jealousy might play even a small part in how she feels.”

“Rob, I don’t know if Annie would be mad at me, but I ended up reading everything in that journal. Have you read it?”

“God no! She wouldn’t want me reading it. She says she writes about things that are bothering her when she hasn’t been able to work them out properly in therapy. It’s only when she can talk about them in a balanced way that she wants to discuss them with me.”

“So, has she talked to you about how she feels about having another child?”

Robin looked intently at Chris, “That’s something very personal between Belle and I. I’ve promised her I won’t talk about it with anyone else.”

“I’m not asking you to talk about it with me. I just wonder if she is talking about it much with you, because she sure as hell is writing a lot about it in that journal.”

“Bloody hell mate, I don’t think she wanted you to read anything other than that letter for you. Don’t let her know you’ve read anything else.”

Chris shrugged, “I probably shouldn’t have read it. It felt weird. To be honest some of what she has written down is nuts. Completely nuts. It’s all very intense. But I think you should read it.”

“I’m not reading her journal! She writes crap in there that she knows doesn’t make sense. It would make me worry about her even more if I knew what she was wrestling with in therapy and not getting anywhere with.”

“Rob, I think you should read it. I don’t think she is going to work it out in therapy. She just needs to let you know what is going on in her mind. It is very personal to you and her. It’s none of my business. This is not something she is going to straighten out in her own head, and I doubt even her therapist is making much sense of it. It’s something you need to be aware of.”

“Alright, alright, I’ll ask her if she minds me reading it,” agreed Robin, “So have you booked your flights yet?”

“This job has been more complicated than I realized. The roof had dry rot in it. I can’t wait to see her again. But I think it’s going to be April now.”

“Long distance is a killer!”

“She loves talking on the phone. I’m going to have to change my phone contract,” Chris grinned, “You know when we were at your folk’s place at Christmas, Talia and me were together that night before we flew home. I told her all about Annie. She said Nick and Anna had already given her their take on it. It means a lot that Talia really likes Annie.”

Robin said nonchalantly, “She is grateful that Annabelle has been showing so much of her artwork to people who might want to use it. You know Belle has sent pictures of her art to some of her former colleagues at Sony. She said not to tell Natalia because nothing might come of it.”

Chris grinned, “You never know. She’s great for doing that. Talia sent me a photo of one of the pictures she painted of Annie for the album. You know there’s a song on the album about what how she felt to be living in the music industry but not being a part of it. The video is going to have a lot of footage of the band behind the scenes.”

Interrupting Chris, Robin snapped, “I’m not interested in the band Chris, but if Natalia has been drawing Annabelle I’d love to see her work.”

Chris proudly produced his phone and selected an email from Natalia and opened the photo attachment she had sent, “There you are.” 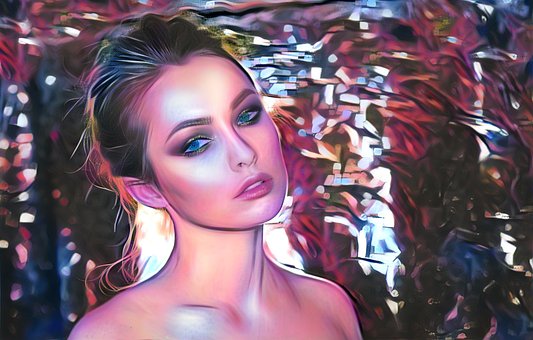 “Wow! Will you forward it to me? Has Belle seen this?”

“I think that might be one of the reasons Dean keeps ringing her. She found out that Natalia was given a bunch of photos from Dean that he had of Annie when they were together. She is not keen on seeing herself in any of the artwork. But Dean is trying to convince her. As far as he is concerned, they are her songs. He’s making her the centre of the album. He wants to make it very personal for Annie. Natalia says the record company are all for it. They obviously think the feminine influence is going to pay off.”

One thought on “Personal”