Everyone seems pleased that Chris has met someone who makes him happy. But how will the spark between Chris and Natalia affect Annabelle?

Annabelle shrugged, “Nothing special to report. I haven’t seen you for a fortnight Chris. Is everything alright?”

Chris hesitated before replying, “Everything is fine. I started a job up in Oakleigh at the beginning of February. I have been trying to get ahead to finish it earlier than we planned. I’m sorry I have not been over as often as usual.”

Annabelle nodded then bowed her head looking towards the floor, “Robin said you are planning to go back to England soon.”

“Manchester, Natalia lives in Wythenshawe. Do you know it Annie?”

“No, I have never been to the North of England. Robin said he has been into the centre of Manchester, but he doesn’t know the area Natalia lives in.”

The two friends were silent for a couple of minutes. Annabelle looked over towards the room where Robin was on his phone to his father, “I don’t know how long he is going to be Chris. Would you like a drink?”

Chris looked at Annabelle who seemed tense, “I’d like us to talk Annie. This isn’t right.”

“What is there to say? Everything has changed now.”

Annabelle folded her arms and slumped, “You’re the one who is avoiding us.”

“Annabelle!” Annabelle turned toward Robin’s voice. He bounded across the room, “Think about what you are saying, will you?”

Chris looked bewildered, “I’m not avoiding you Annabelle. I just want to get this job finished so I can book a flight over to Manchester.”

Robin put his arms around Annabelle, “Why don’t you go and get what you wrote down after your therapy session. Read what you wanted to say to Chris.”

Obediently Annabelle walked to the bedroom and retrieved a floral print journal. But when she returned to the sitting room where Chris and Robin were talking quietly, her reddened face was wet with tears. Throwing the journal down onto the coffee table, she yelled, “You can read it for yourself.”

The two men watched Annabelle run toward the front door and out of the house. Robin shook his head, “She has been anxious because she doesn’t want to lose you Chris. She wrote a beautiful letter to you in that journal. But she is emotional about it, she is being typically childish because she hasn’t got a grip of herself yet. I’m going to go after her. Take her journal with you and read her letter to you. It’s what she wants to say to you.”

Robin locked up the house and started to walk towards the town center, while Chris climbed into his truck clutching Annabelle’s journal. He drove back to his own home. After making himself a coffee removing his work shirt, Chris sat down on the sofa and flicked through Annabelle’s journal. The journal was over half full.

He found the last entry into the journal which sure enough was a letter that began “Dear Chris…” He read her touching words in which Annabelle explained in vivid terms how important her friendship with Chris was. She said she had been reading about the earth’s rotation and what would happen to the planet if it was not for the effect of the moon in stabilising it’s orbit. She liked him to the moon, steadying her orbit, helping her not to wobble off course. She wrote that she was frightened at the thought of not having him in her life. She was sure that her other relationships would suffer, even that with her husband Robin.

Chris was moved by Annabelle’s words, “You have been my safety net for almost three years. I have felt secure with your constant support and friendship. But now I am afraid that I am going to lose you. Robin thinks I am jealous or I am being selfish. But I am beyond frightened. I don’t think I can survive without you.”

Chris closed the journal after he had read the letter. He sat for almost ten minutes thinking to himself. Not reaching any clear conclusions with his thoughts, he opened the journal again. His eyes were drawn to a sentence on the page he had opened, “I am afraid that my husband will start to hate me because I don’t want to have another child.” He read on, paragraph after paragraph, page after page, Annabelle debating the subject of Robin’s desire to be a father and her lack of desire to be a mother.

She ran through all sorts of scenarios and most of them had a gloomy conclusion. She started with him becoming bitter towards her because she was adamant that she could not face having a child. She then turned to the possibility of agreeing to have a child, but finding she could not form a bond with her child again. She concluded that Robin would come to despise her and their child would despise her. 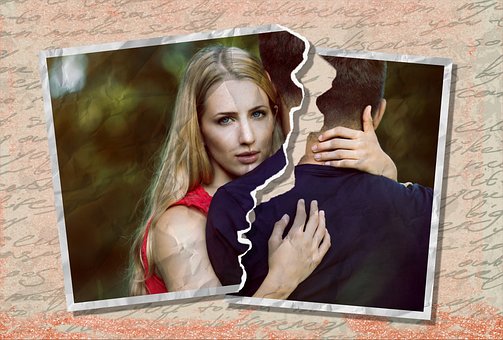 After the numerous gloomy scenarios she had explored, she wrote out, “The probability is that whether I agree to have a child or not, Robin is going to stop loving me and he will want to leave me. I have to accept that is likely to happen at some point. When that happens I am starting to suspect that Chris will choose Robin’s friendship over mine. The two of them are becoming such good friends. If I lost Robin and Chris – I have no idea what I would do. It would be crushing.”

“It’s not a good idea to be walking up Blackwood Hill on a day like today. It’s too cold. Besides, those little shoes are going to be ruined if you traipse through all that mud.”

Annabelle stopped walking and turned towards her husband, “I’m so tired Robin. I didn’t mean to say that to Chris.”

“I am sure he knows that Belle. He is going to read the letter you wrote him in your journal.”

Robin embraced his wife, when he looked at her, it was clear she was still upset. “It’s alright Belle. You are not going to lose him.”