I am a little late but I loved the 1st January 2020 prompt provided by Teresa Grabs:

Your challenge today, should you accept it, is to take a trip down memory lane to a time when manners reigned supreme and write a Fantasy of Manners tale.

I am not entirely sure I have translated this prompt correctly, but I re-imagined a scene from my Annabelle Riley series (Complicated) and tried to portray the conversation in a 19th century setting. It’s supposed to be more Jane Austen-esque than anything. 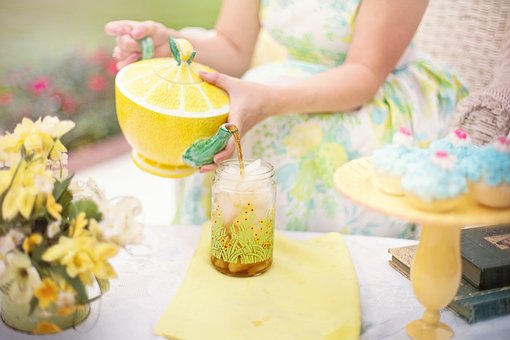 “Miss Ward, may I present Miss Riley, of the Boston Rileys. Miss Riley has been lodging with Captain Jennings and I these past nine months.”

The two young ladies curtseyed to each other and Miss Riley gracefully uttered her warm welcome to the visiting Miss Ward. “Mrs Jennings and I were just about to have afternoon tea in the garden Miss Ward. We would be delighted if you would join us.”

Miss Ward expressed that it would be a pleasure to join the small party and followed as Mrs Jennings and Miss Riley led her to the white wicker furniture set out on the lawn. A maid was swiftly crossing the pristine lawn carrying a large gilt tray. With the poise of a ballerina, she rested it onto the table, and placed a tall jug of iced tea and an oriental patterned three tiered cake stand crowned with cucumber sandwiches and dainty cakes onto the white tablecloth.

An animated conversation between the three ladies followed, led by the questions Mrs Jennings directed towards Miss Ward concerning her handsome younger brother, the dashing Mr Ward. It did not escape the attention of Miss Ward that Miss Riley was blushing deeply while the conversation was centered on the young man who had made frequent calls at the home of Captain Jennings.

The maid returned with a message for Mrs Jennings from her husband. As soon as Mrs Jennings excused herself, Miss Riley turned to Miss Ward, “I am so glad you came. I fear your brother may be vexed with me after a misunderstanding between us.”

“Miss Riley, please do not be alarmed. I came with haste after observing my brother is rather preoccupied with the belief he owes you an apology. It is insufferable to allow hs state of anguish to be drawn out any further. My brother informs me you have not received him when he called in person. I am here in the office of envoy, to sue for peace on his behalf.” 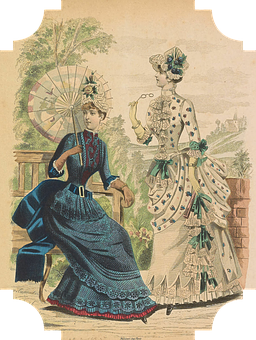 “Miss Ward, your brother has committed no indiscretion. Indeed, his behaviour has been beyond reproach in all manners. Captain and Mrs Jennings would vouch for his gentlemanly conduct. However, Mr Ward may not be aware that idle talk exists regarding the nature of the acquaintance between he and I.”

“My brother has the most honourable intentions Miss Riley. His regard for you is sincere. Although I am by no means impartial, I can testify to the fine and generous nature my brother possesses. He is a man of great integrity and principles.”

“Miss Ward, your brother Mr Ward, is the finest gentleman I am acquainted with. However, I must communicate to you that his praiseworthy intentions will meet disappointment. I am not free to respond to his warm hearted overtures.”

“Miss Riley, am I to understand that another gentleman possesses a prior claim to your affections?”

“Indeed that is the case Miss Ward. I regret to inform you that I am attached to a gentleman of a noble English family, Mr Grainger. He is the son of the Earl of Berkshire. The nature of our attachment is sensitive. Mr Grainger is currently in England securing his fortune, but both my heart and future happiness are bound with his.”

“Pardon my ignorance Miss Riley, but my brother has indeed neglected to inform me of your engagement.”

“There is no engagement at present, however, we are very much attached. It is our hope to become engaged on his return to the Americas. Our courtship is confined to written correspondence until he sails next spring from Plymouth to New York.”

“Miss Riley, is it impertinent of me to beg permission to inform my brother of your attachment to Mr Grainger?”

“Miss Ward, I confess I am relieved that you will be able to convey to your brother that my heart is bound elsewhere. However, it is I who owes an apology to your brother. His charm and wit have been of great comfort and diversion to me while I am separated from my beloved. I have made no attempt to hide the great pleasure that his visits to Captain and Mrs Jennings have brought to me. Indeed, both the Captain and Mrs Jennings interpreted the eagerness I instinctively displayed at the arrival of your brother to their home as evidence that I had romantic hopes.”

“Miss Riley, my brother is generally affable and there is no reproach on your part for enjoying his conversation. He has admitted that of late he has no greater pleasure than the dinner parties he has attended at Captain Jennings’ home. I attribute his enthusiasm to his great partiality for conversing with you Miss Riley.”

“It pains me Miss Ward that I should disappoint your brother. Indeed I dread his disapprobation. I have not received him of late due to the meddlesome gossip of some of the other young ladies in the town. They have frivolously imagined an attachment between your brother and I, and have embroidered fallacious details in spreading this notion. It appears that your brother and I are the talk of all idle folk in this town.”

“My brother will be relieved to hear the reason for your cooler temperament of late. Once he is aware that rather than any caprice, your motive is concern for his good name and for his own caring heart, he will only seek to eschew gratitude towards you. Although I am sure he will temper the ardour of his admiration from now on. Miss Riley, I beg your leave. I shall return to my the home of my brother and allay his fears. I appreciate your candour and am indebted to you for your good sense in attempting to stem the tide of gossip that could detract from my brother’s reputation as well as your own.”

“Miss Ward, please convey to your brother Mr Ward my high esteem. Indeed his acquaintance is of high regard to me. I sincerely pray I have not injured him in attempting no disguise of the solace his enchanting manners have brought me in the absence of Mr Grainger.”

Miss Ward bowed her head and curtseyed, “Good afternoon Miss Riley, please convey my thanks to Mrs Jennings for her hospitality.”

Annabelle returned the courtesy with a warm smile, “I am much obliged to you. Good afternoon Miss Ward.”