If you read the previous part of Annabelle’s story, you will know about the surprise guest at Chris’ birthday party. You may have also picked up on some unusual behavior from Annabelle.

Tim and Amy dropped Robin and Annabelle off at their home just after midnight. Annabelle was tired, but she was extremely agitated that Natalia had not returned with them.

“It was her choice to stay Belle.”

“But Robin it’s too soon. None of us really know her.”

“I thought you liked Natalia.”

“So far she seems alright. There’s nothing wrong with her as far as I have managed to work out. But I have spent so little time with her.”

“You sound as if you wish there was something wrong with her,” Robin stared at his wife who was clearly frustrated, “Are you jealous of her Belle?”

“No! Of course I’m not jealous! Why do you always think I am jealous? It all comes down to jealousy in your mind. You must think I am a terrible person!” she let out a sigh of exasperation.

“Calm down Belle. That is not true, I have only ever mentioned that once before about Lucy and I was wrong. I am just wondering why you are acting so strangely about Natalia and Chris being alone.”

Annabelle was trembling, “I’m not jealous ok! I’m just anxious. I don’t want him to get hurt.”

“What makes you think Natalia is going to hurt Chris?”

“I don’t know. I just feel so sick about the whole thing. You shouldn’t have invited her over Robin, it’s too early to know if she is genuine.”

“It was your idea Belle. You asked me to email her. What did you think was going to happen when they saw each other again? Besides, this is between Chris and Natalia. They are both grownups. Chris can look after himself. You don’t need to worry about him being hurt. What about her? Aren’t you worried about Natalia being hurt?”

“You know as well as I do that Chris would never hurt anyone. He is wonderful. She can’t possibly know how special he is. She probably only sees how attractive he is. What if she is just out to have fun and turns out to be a player? There are a lot of women out there who use men.” 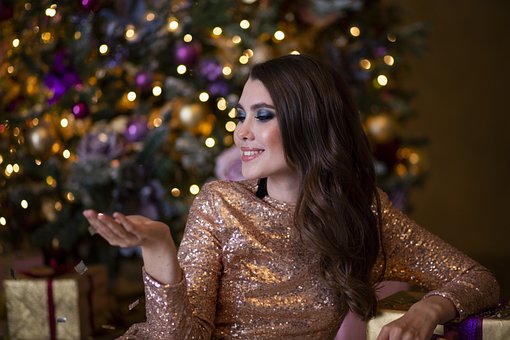 “Natalia seems very sweet. When we saw her at Christmas, she was very friendly with everyone. It was clear she liked Chris, but the two of them had an audience the whole time.” Robin caressed Annabelle, “What if she turns out to be as nice as her older sister? You love Anna.”

Still agitated, Annabelle cried out, “But they might be very different people. Would you compare me to my sister Alicia?”

“No, I wouldn’t but I am only going to say nice things about your family Belle,” Robin softened his tone, “I’m sure Nick would have said something if there was any reason for us to be concerned about Chris and Natalia. Don’t forget Chris hardly made a good impression with Nick and Anna when he was at our wedding. But they like him enough now.”

“That’s not fair. Chris was heartbroken that day. It was really hard for him.”

“Which is all the more reason for you to be happy for him now. He seems to really like her. Natalia is clearly very keen on him too. I know it’s early for them, but they might be great together Belle.”

Robin leaned across the sofa and wrapping his arms around Annabelle, he drew her towards him and lifted her onto his lap, “I know you have strong feelings for him Belle. But you do want him to be happy, don’t you?”

Annabelle lent her head against Robin’s and her fingers played with his hair, “I just don’t want things to change. I need him Robin.”

“The friendship you’ve had with Chris is important to you. Haven’t I been supportive of that? Now you need to be supportive of him finding someone he can be close to. Being his friend means letting him enjoy getting to know Natalia. Maybe nothing will come of it. But it up to the two of them to decide if there is anything there.”

“I love him Robin. I don’t love him the way I love you. But I do care deeply about him. I am scared that he will change. He is such an amazing person.”

Robin nodded, “You must not be anxious. Chris is not going to change. But things might change. Whether it is Natalia or someone else, there will come a point when he has to prioritise on the woman he is in a relationship with. Just the same way as you’ve had to do. How do you think he felt when you were trying to make it clear to him that you were putting the relationship between you and I first in your life?”

“Please don’t say that. I never wanted to hurt him.”

Robin gently stroked his wife’s face, “But it is true. And it has taken him a long time to get over it Annabelle. If he falls for someone else, it will be good for him. He deserves to be happy.”

Annabelle gave in. She knew it was futile to object any further. “I love you Robin Grainger. I wouldn’t change anything, you know that, don’t you? I do want Chris to be happy.”

Robin gazed at his wife and smiled softly. In reply he pressed his lips against hers, “You have a very lovely heart. I really like you in that dress too.”

Annabelle’s face lit up. She whispered, “I only wore it so you could take it off.”

Robin raised his eyebrows, “Really! It had nothing to do with trying to outshine Natalia then?”

Still unconvinced, Robin replied, “You let me take your dress off the first night we met. Was that too soon?”

Realizing that Robin was still supplying arguments to make if acceptable for Natalia to have chosen to stay behind at Chris’ home after the party, Annabelle’s face dropped. But she was won over by the adoring gaze of her husband, “Of course it was too soon! But I have absolutely no regrets!” she kissed him eagerly.

Robin’s hand gripped Annabelle’s thigh. Gently pushing her back into the sofa he returned her passionate kisses while his hands began to tug the fabric of her dress. 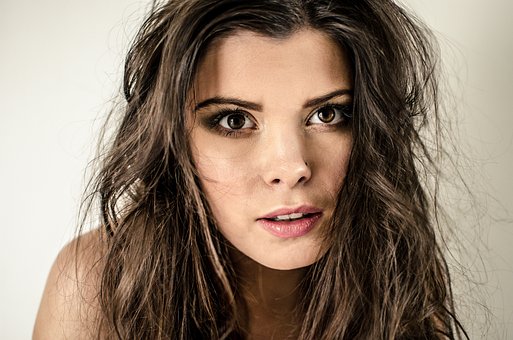 “Hungry?” asked Chris as he looked up into the pretty eyes gazing down at him.

Natalia shook her head, “Changed my mind, I’m not that hungry after all.”

Chris was gazing into Natalia’s eyes, “Are you sure?”

“Not ready for breakfast?”

“Not ready for you to leave this bed.”

Chris could not hide his delight to hear those words, he kissed Natalia’s forehead. “I’d be more than happy to stay here all day. But I think we need some food if we are going to be as athletic as we were last night.”

“I’ll come with you then!” Natalia kept her arms tightly wrapped around Chris as he tried to manovre over to the edge of the bed. The result was the two of them falling off the bed together. “Are you ok?” cried Natalia after her elbow hit Chris’s collarbone with some force.

“I’m more than ok” he grinned looking up at Natalia, who was on top of him. Natalia lent forward and brushed her lips against his.

“When are you going to come and visit me in Manchester?” she asked Chris.

A broad smile spread across his face, “Sooner than I thought Talia.”