Robin, Annabelle and Chris are all back in Blackwood, Wisconsin after spending Christmas and New Years in England with the Grainger family. It is Saturday 7th February, two days after Chris has turned thirty-three. His friends are round at his home to celebrate with him.

“Tim is here Belle. Are you ready?”

Annabelle was still fussing in the kitchen, “No Robin, but I don’t want to make you late. Why don’t I call a cab when everything is finished?”

Robin stood in the doorway of the kitchen, “Can I take some of this food now, to make it easier for you?”

“Oh yes, please do. Everything on the table is ready to go. But those things on the side aren’t finished yet.”

“With a little help from my friend,” she smiled.

Robin began to take some of the food she had been preparing out to Tim’s truck. Before they Tim and Robin left, he came to say goodbye, “That thing is so heavy.”

“You won’t say anything to Chris, will you?”

“I haven’t said anything all week. I’m not going to ruin the surprise now. Anyway, I am hoping that as soon as we arrive we can start playing on his birthday present. How long do you think you’ll be?”

Annabelle looked around the kitchen, “Half an hour, maximum.”

Robin shook his head laughing, “Right, so I guess that means I’ll see you in an hour!”

On arriving at Chris’ home, Robin jumped out of Tim’s truck and went to call Chris.

“We’ve got your gift on the back of Tim’s truck. Do you want to come and check it out and decide where you want it?”

Chris followed and spying the football table that Annabelle and Robin had bought for his birthday, he answered, “Oh I think that should be in the front room.”

The three men lifted the football table off the back of the pick-up truck and carried it across the drive and up the steps to the front door. Those who had already arrived at Chris’ home cheered them as they managed to squeeze it through the front door. Tim grabbed the white football and placed it in the centre of the table, “Chris, your table, you get first kick-off.”

Chris was keen to respond. For several minutes the two men played, the ball flying back and to across the table. Tim scored two goals, before Chris cried out, “I need some help, where’s Annie, Rob? She’s great at this.”

Robin grinned, “She was running late mate, she told us to come ahead with this. She’ll call a cab when she’s ready.”

Tim’s wife Amy jumped up and volunteered to help Chris, “Tim is going to want to be round here every weekend Chris. He loves table soccer.”

Robin was still bringing food and beer from Tim’s truck into the kitchen. Once he had locked up Tim’s truck and returned his keys, he opened a couple of beers, and delivered them to Tim and Chris. Robin kept wandering over to the window to look out for his wife’s arrival. Just as she had promised, half an hour after he had arrived, a cab pulled over and he could see Annabelle emerging.

Robin laughed to himself as he saw what Annabelle was wearing. He opened the front door and ran towards the cab to help carry the rest of the food she had brought. Robin paid the cab driver, and then turned to his wife, “I thought you were going to wear your blue dress.”

“You look amazing,” Robin whispered to her, before he added, “Belle, you don’t need to compete.”

Annabelle’s indicated her dismay, “I’m not competing, would you carry his birthday cake please?”

Robin took Annabelle’s hand and kissed the back of it, “Come on, Chris has already claimed you to team up with him at table football.”

“I should hope so!” Looking very satisfied, Annabelle walked beside Robin towards the front door. As they neared the front door, Robin halted his stride and turned.

“Belle can go in first and distract his attention and I’ll take you through to the kitchen. Then if you wait there, I’ll think of a way to send him in.” 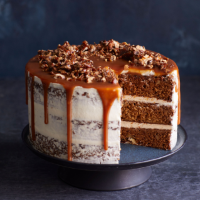 “Robin did you remember the candles for the cake?” cried Belle.

Robin frowned, “You didn’t ask me to bring any candles. Anyway, he’s thirty-three, he’s not going to be bothered about having candles on his birthday cake.”

Robin interrupted, “Go on Belle. You go ahead so we can sneak into the kitchen.”

Annabelle obeyed. On entering the hallway, she turned towards the room loud shouts were coming from. A few of the other guests greeted her from across the room when they saw her. Chris swung around, and as soon as he turned she stepped towards him and hugged him, “How’s Birthday Boy?”

“Annie! Wow. You look stunning,” was Chris’ response, trying to control his gaze.

“I heard that you need the jedi master to help even up the score,” teased Annabelle.

A couple of minutes after Annabelle had entered Chris’ home, Robin opened the door. On seeing that Chris was focused on the game of table football, he beckoned to the young woman standing behind him.

It was a whole ten minutes later when Robin interrupted the game to ask Chris where he could find a bottle opener. Chris replied that he thought there were a couple in the kitchen next to the bottles of beer. But Robin said it was a corkscrew he needed to open a bottle of wine.

Robin could see that Annabelle was uneasy with what Robin was doing. But he was disappointed in her when she volunteered to go and find a corkscrew in the kitchen so that Chris could continue playing. Robin flashed a glare at her and she heeded him by saying that if Robin had not been able to find locate one, then she was unlikely to be able to either. 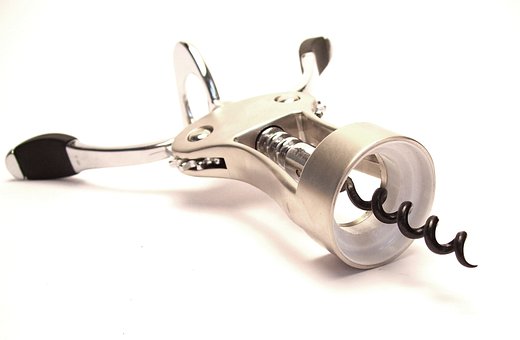 Chris was enjoying himself too much to notice the looks between Robin and Annabelle. He was happy to head towards the kitchen himself. He was sure he had left a corkscrew out on the worktop, but it was no trouble to him to go and retrieve it.

After he had departed, Robin placed one hand on his wife’s hip and with his fingers raised her chin slightly so she was looking up at him. “What’s going on with you?” he asked.

“We haven’t even shown him his birthday cake yet. I just thought it would be later when he saw her. It’s going to change everything.”

Robin frowned slightly, “Do you expect her to hide for the rest of the party and only make an appearance when we are saying goodbye?”

It was a complete surprise to Chris as he walked into the kitchen, to see the woman he had been speaking to on the phone and emailing for the past five weeks. Natalia was grinning waiting to see his reaction.

“You are supposed to be back in England!” he smiled.

“Robin and Annabelle talked me into making a detour on my way back from Los Angeles. They picked me up from the airport this morning. Annie and me have been making party food all afternoon.”

Chris looked behind him for a moment. As soon as he had turned his head back, he realized he was still wondering what Annabelle thought of him. Trying to shrug off the thought he stepped forward towards Natalia, who instinctively came forward to embrace him. Chris’ hands wrapped around Natalia’s glossy hair and he brought his cheek into contact with hers. He whispered into her ear, “Best birthday present I could have wished for.”

Natalia felt butterflies in her tummy, “I have been looking forward to seeing you again. I have thought about you everyday since that night we stayed up late.”

Chris gazed at Natalia, “How long are you here for?”

“My flight is on Monday morning,” she replied.

“Do you have any other plans?”

“You are the plan,” Natalia squeezed Chris.