Christmas seems to be going well for Annabelle. She’s been trying so hard to show Robin how she feels about him. But Robin seems cool for some reason.

“Nothing’s wrong. Everything is good,” was Robin’s reply.

“I thought we were only going to be honest with each other. Why are you pretending?”

Robin looked at his wife and shook his head, “I don’t want to have this conversation right now Belle. Let’s just enjoy the rest of Christmas with the family.”

Annabelle began to fret, “What conversation? I don’t understand what the problem is?”

“There is no problem. We don’t need to talk about it now. It can wait until we’re back home.”

Annabelle looked forlorn, “So you are going to let me be anxious until we are back in Wisconsin? That’s not fair.”

“Don’t be anxious. I just don’t want anything to ruin this week Belle.”

Annabelle folded her arms in frustration, “Robin, I want you to be happy, but you are not happy. I have tried. I have thought about what I could do to show you how much you mean to me for a long time. I have been trying, but it’s obvious I’ve upset you. What is it? Is it the scarf? Or the song?”

“You have made this Christmas very special Belle, really. Everything you have done for me has been special.”

“But you are sad Robin. I know you are.”

“I think I have felt it more this year Belle. She would have been at school by now. Can you imagine what it would have been like to have her with us? Running round playing with her Christmas presents.”

“Oh Robin, I’m so sorry,” Annabelle took grasped her husband’s hands, “I wish I knew what to say.”

Robin’s gaze became intense, “I think seeing Ali and Claire and how excited they are brought it home as well. I was watching you with Rosie. It just intensified how much I want to be a dad.”

Annabelle loosened her grip of Robin’s hands, “You know how I feel.”

“I can’t Robin,” Annabelle bowed her head and closed her eyes tightly.

Robin was silent. He kissed the top of Annabelle’s head, “Let’s not let it ruin Christmas.” 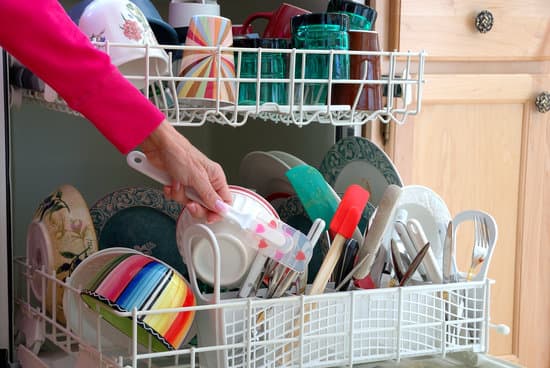 During Boxing Day, the family separated. The older members of the family visiting the elderly driving up to Buckinghamshire to a nursing care home where Fiona and Julia’s father. As soon as they had left, Robin bounded into the kitchen to ask Chris and Harriet who were clearing up after breakfast to ask them a question.

“Belle wants to know if anyone would object to her wandering around in her new pyjamas? She wants to watch The Sound Of Music in back room.”

Robin ran back up the stairs to tell Annabelle it was fine for her to emerge in the pyjamas he had given her as a Christmas gift.

Chris stood at the bottom of the stairs laughing. Robin called down the stairs, “I told her it’s too rude to sing that song outside the bedroom”.

“No, because I am an innocent. Nobody else would think I meant what you are thinking of Robin!”

“Hey Annie, did you know that Star Wars – The Last Jedi is on TV later tonight?”

Annabelle clapped her hands. “Yay! Robin, do you think there will be any corn kernels in the kitchen?”

“Do you want popcorn? It’s not the kind of thing my mother would buy Belle. I will go and see what there is to snack on. You should have some proper breakfast though.”

Soon Annabelle and Harriette were sitting on the sofa watching Julie Andrews sing the opening song to the famous musical. Robin brought in a what he could find in the pantry, a packet of black truffle crisps, a bowl of cashew nuts. He also brought a toasted sandwich with some brie and cranberry sauce for Annabelle and told her it was breakfast. Annabelle ‘s face dropped when she saw the sandwich.

Robin sat on the sofa and pulled Annabelle into him. He whispered into her ear, “Eat up!”

Harriette watched in sympathy as Annabelle slowly ate the breakfast Robin had brought her. When she had finished, Robin kissed her cheek and said quietly, “Well done.”

Annabelle wrapped her arms around him and snuggled into him, “Thank you.”

Throughout the movie, Annabelle sang along to the stars, she even jumped up a couple of times to dance. Just past the halfway point, Robin and Chris were showing clear signs of boredom. They made their escape to the kitchen where Rufus was asleep on the sunbathed rug that was next to the French doors.

“Come on boy, lets stretch your legs, “Robin opened up the French doors to let Rufus run ahead out into the garden.”

Robin needed to let out some pent up steam. As soon as Chris remarked that it was great to see Annabelle looking so happy, Robin made a comment that she seemed to think she was twelve and not almost thirty.

Chris didn’t answer straight away. Eventually he came up with, “Christmas must be a big deal to her. She didn’t have anything like this when she was a kid. Let her think she’s twelve, if it makes up for having a history crappy Christmases with her family.”

“Alright mate, I’m not asking you to take sides. Belle and I had a bit of a barney this morning. Neither of us were angry. I’m just disappointed. Don’t listen to me moaning about her.”

“Do you want to talk about iit?” asked Chris.

“Nah, this one is between her and I, ” Robin walked on in silence. As they were heading back to the house with Rufus, he decided to tell Chris about Annabelle writing lyrics that Dean had turned into a song. Chris seemed very eager to hear it, so Robin said he would as Annabelle when they were back if she would play the video it for him.