Annabelle is back at Inkpen, in Berkshire again. Almost a year has past since the accident and the severe injuries she caused to herself. Will Annabelle be able to enjoy the time with her family and friends?

Annabelle had already discussed with Robin something that she wanted to do when she reached Inkpen. But once they had arrived at the Berkshire home of Stephen and Fiona Grainger, they went straight to their room to talk privately about it.

“Are you really sure you want to? I don’t know Belle, I feel a little uneasy about it,” he asked when they arrived.

“I don’t especially want to. But Robin, it’s been hanging over me all year. Maybe I should have done this back in April when we were here for the anniversary party your Mom threw for us.”

Robin couldn’t hide his concern, “Do you just want to go in and look around? Surely you don’t want to relive everything that happened.”

“I don’t want to relive that day. But I do want to take the dread out of the stables. It’s just a building, where the horses sleep.  I just want to be take the gloom out of being there. Out of being here at your parents’ home. Why I should I be scared of this place?”

Annabelle nodded, “I’d like to get it out of the way Robin. Could we go there this afternoon? Before it gets too dark, please?”

“Belle, we will go. But you don’t need to push yourself to the point where you are shattered emotionally. I don’t want those memories to cast a shadow over Christmas with the family. Nobody wants you to dwell on what happened that day. All anyone wants is for you to feel relaxed and comfortable here. Christmas is supposed to be a happy time.” 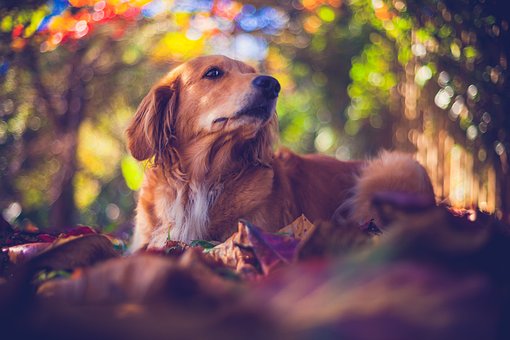 While Robin and Annabelle were in their room,  Stephen Grainger had invited Chris to walk Rufus with him. Fiona had a lot to do, so she had suggested Chris would be eager to stretch his legs after the journey from London. Chris was still nursing a a grudge after Stephen had criticised his daughter-in-law Annabelle.

So much so, that he decided to make a remark that Stephen Granger did not take kindly, “Annabelle needs nothing but encouragement. The last thing she needs is criticism.”

In response Stephen snapped, “Nonsense, spoiling her is not the answer. The girl needs a push.”

As they walked along the muddy lane, Chris felt an element of disbelief, “I really don’t think she needs pushing. She is still very fragile. If you hear her talking about how she feels about herself, it’s clear she’s broken hearted.”

Realizing that Chris was heartfelt in his remarks, Stephen softened his tone, “I realize you have been a good friend to my daughter-in-law, and you know her better than I. However, she is past broken. She is on the way up now, I am sure of it. I know she is trying, but so far, she is still trying within her comfort zone. She needs to be pushed to leave her comfort zone. Otherwise she is going to be stuck living half a life.”

“She is exhausted though.”

“Yes, I can see that. But all this excessive rest isn’t giving her more energy. She needs exercise. I’m not talking about jogging. She needs to push herself mentally and perhaps physically too. She needs to take on new challenges and set more meaningful goals. I know she has been trying to build up and setting herself small goals, and that’s all well and good. But Annabelle has a lot more in her. I expect her to push herself more. My son needs to push her. He is spoiling her and indulging her too much.”

Chris was still alarmed, “I think her therapist is happy with her progress.”

Stephen laughed, “You Americans with your psychotherapy! If she were here in England, she’d have to learn the hard way that you can’t keep sulking. You have to draw a line on the past and keep pressing forward. There’s no point going over and over everything. You just have to get out there and live more.”

Chris found what he was hearing distasteful, “You mean the stiff upper lip mentality?”

Stephen could detect how annoyed Chris was, but he did not like to receive criticism from someone almost half his age, “”She needs to toughen up. There are others who have been through far greater challenges. Annabelle does not want for anything. She has been spoilt by that musician friend of hers. She knows she doesn’t have to work because she is financially secure. Most people couldn’t afford the luxury of sleeping whenever they feel tired. They have no choice but to keep pushing themselves. That’s how you build stamina.”

Chris was not at all convinced, but he was reluctant to speak his mind too freely when he was a guest at the home of Stephen Grainger. 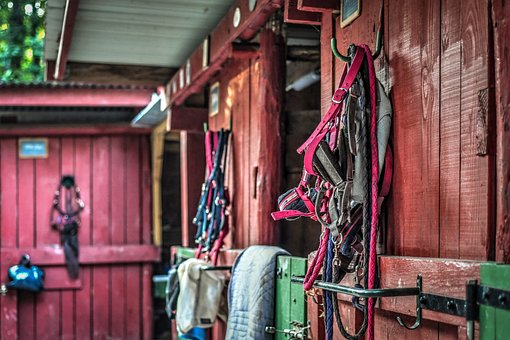 As Stephen and Chris were returning to the house, Rufus ran ahead of them barking loudly. When the two men turned the corner they saw Rufus sitting outside the stable block sounding out loud barks and wagging his tail excitedly. Moments later, Robin appeared from inside the stable block frowning as he saw Rufus making such a disturbance. Seeing his father and Chris approaching, Robin raised his hand in acknowledgement.

“Everything is fine. Annabelle and I are just talking over a few things,” replied Robin.

“Righto, I will leave you to it then,” Stephen strode off towards the house with Rufus at his heel.

Chris lingered, and Robin beckoned him into the stable block. “He must have heard you talking about him Belle, he was right outside the stables.”

Annabelle’s face brightened as Chris appeared behind Robin, “I was just saying how glad I was that you found me that day.”

Chris smiled warmly, “I’m sure glad I found you.”

Robin returned to his wife’s side and put his hands on her shoulders, “We’re trying to think about some of the positives that have come as a result of that day.”

Annabelle looked embarrassed, “I wish that it had never happened Chris, but I think if it happened back in January, it was going to happen at some stage. I am just so glad you were here, and you knew exactly what to say and what to do.”

Chris scratched the back of his head, “I’m not going to pretend I knew what to say or what to do Annie.” 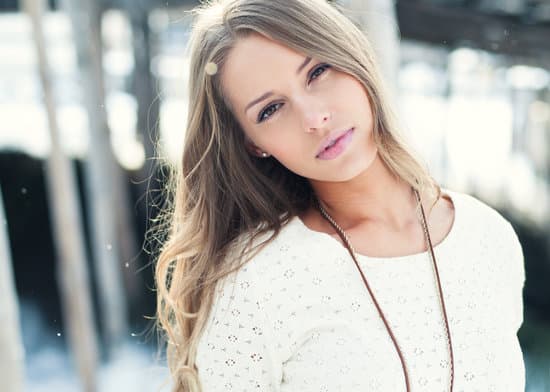 A slight smile appeared on Annabelle’s face, “Well, I remember that everything you said was perfect. I am glad you made me go to hospital. I am glad that you knew what to say to the staff there. You were just brilliant. I will never able to repay you for that night.”

“We,” said Robin, “we will never be able to repay you Chris.”

Chris closed his eyes tightly feeling a rush of tears coming into them. He stepped back and turned to leave the stables, “I’ll let you two talk.”

Annabelle was on her feet and in pursuit of him, “Chris, stop!” she cried.

He turned back to look at her, “It’s so important to me to see you happy Annie. Get better, get better for me.”

Annabelle glanced behind her at Robin, she stretched forward and embraced Chris, “I am a better me because of you. You were the one who gave me that push I needed to admit I needed more serious help. I know it might be taking a long time, but I am sure you pushed me towards what I needed to get better.”

Chris looked at Annabelle, who still had her arms around him, “Annie, I’ve always thought you were wonderful.”

“But love is a terribly blind thing Chris, and I am glad of it. Self-harm is a terrible thing. I kept on giving in. I kept on losing the battle. I wasn’t being completely honest with my therapist before. I wasn’t being fully honest with Robin. I was hiding so much. I’ve been hiding for so many years, I didn’t know how to stop. You pushing me to go to the hospital that night and to be completely honest about what had happened, I really needed that. I needed to learn that I could no longer hide it.” 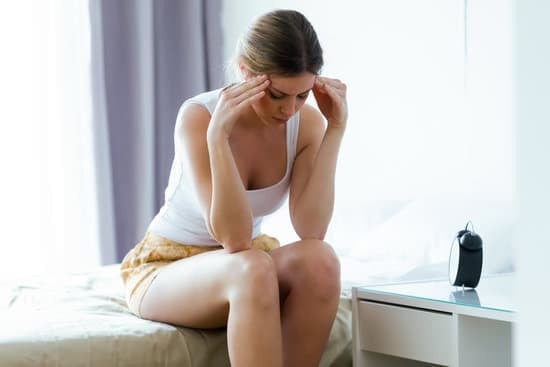 “I really don’t want to think of you ever hurting yourself again Annie.”

“Chris, Annabelle has changed thanks to you. I am glad you loved the old Annabelle, but I am not the same Annabelle, I am a better Annabelle. The old Annabelle was hiding her struggle. I have been learning so much about myself, and it’s been tiring, and I wish I could beat this tiredness. But this is an Annabelle who is determined not to lose this fight again. I won’t hide my feelings from Robin anymore. Hurting myself is no longer an option. I just want to get better at being this better Annabelle. I am hoping that eventually it will be less tiring.” 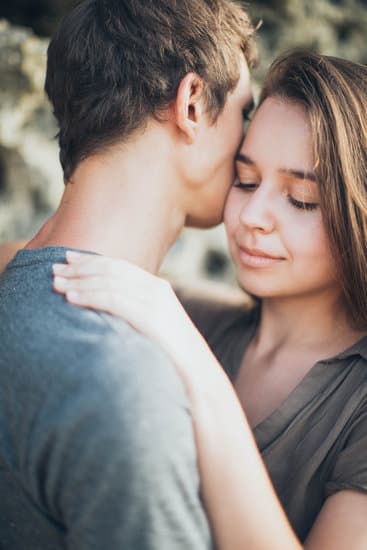 Chris was lost for words. Annabelle still held him close to her. She brought her face close to his and gently rubbed the side of her face against his. Chris murmured, “Annie.”

Annabelle whispered, “I love you my friend. My husband loves you. We will always be in debt to you. Thank you for your love and your support.”

A short time later the three left the stables and returned to the house. Stephen and Fiona Grainger had been invited for a drinks and canapes evening at the home of one of the local estate owners. That meant that the other three could relax for the evening. That was just what Annabelle especially needed, for the next three days would be very busy.