Annabelle has been in London for a few days, but now it is time for the Grainger family and Chris to make the journey to Inkpen in Berkshire, where Annabelle severely injured herself almost a year before. 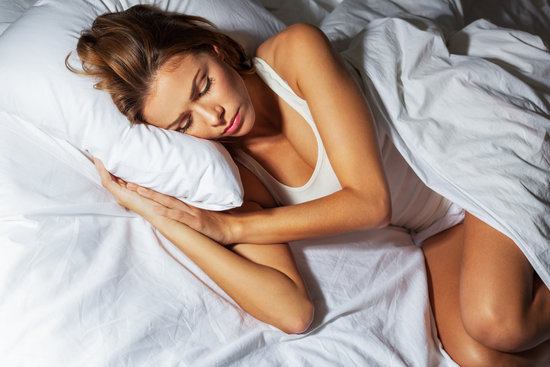 On the bitterly cold morning of Tuesday 22nd December, Stephen Grainger was eager to set off from their Chelsea home. He had wanted  to arrive at their home in Inkpen before Nick and Anna set off to visit family over Christmas. However, Annabelle was hopelessly tired that morning and Robin insisted that she be allowed to take her time to get ready.

While Annabelle was still getting ready, Fiona brought coffee through to the sitting room, where her husband Stephen was fidgeting in frustration. Robin and Chris were used to waiting patiently for Annabelle. Fiona made a comment that sparked an animated conversation. “Annabelle is very serious these days Robin, very sweet, but serious.”

“Surely it’s obvious there has been a lot on her mind,” muttered Robin.

“She is not the Annabelle we know and love. She has lost her laughter and her cheer,” remarked Stephen.

Robin flashed a glare at his father, “No less worthy of being loved. She’s just quieter since January. She doesn’t have the same energy.”

Detecting her son’s agitation, Fiona interevened, “Anna is looking forward to seeing her again. If we miss them today, they are back on Sunday.”

Stephen Grainger, still irritated by having to delay their departure, continued on the subject of Annabelle, “Does she have many young friends? People her own age? Or is she still keeping company with all of the pensioners in that town you are living it?”

“She needs pushing son. You’re letting her sleep all day and mope around. She’s becoming a flake.”

Robin expressed his annoyance in a concise sentence, whilst trying to maintain respect for his father, “I’d beg you not to say that about my wife.”

Chris spoke up, “Annabelle is a fighter, she might seem weakened physically, but mentally she is growing stronger and stronger.”

Stephen let out a guffaw of laughter, “When she is actually awake!”

Fiona put her hand on her husband’s knee, “Stephen, Annabelle has been suffering from trauma, it’s understandable that she is still fragile.”

Robin let out a loud gasp of exasperation, “Annabelle is trying. She is always thinking about other people and trying to give in whatever way she can. She needs more rest than she used to, but everyday she will be at her desk writing to someone. She has always been a giver, and she still is.”

“Her letters are very endearing. Stephen looks forward to a letter arriving from her, don’t you dear?”

“Yes, yes, her letters are charming. They are much more lively than she is in person.”

“It must be a pleasant hobby for Annabelle,” Fiona continued to try to diffuse her husband’s censure of Annabelle.

Robin was finding himself easily provoked, but he tried to remain calm, “It’s more than a hobby. She has been reaching out to her own family, and they’ve responded to her. I’m sure it’s a huge healer for her.”

“How else does she pass the time while she is not able to work?” Fiona enquired.

“She has a schedule now. She works around the house. She has an exercise regime that she does each day. She is getting stronger and doing more and more. She has some hobbies when she needs to relax, she loves her knitting and I’ve seen her writing poetry, although she seems a little embarrassed about that.”

Stephen who had a great love of poetry nodded in approval, “She’s always seemed the romantic sort. I imagine she will have a flare for poetry.”

Chris had felt just as frustrated as Robin about the criticism of Annabelle. He wanted to say something, but was mindful of remaining respectful, “Annabelle really is a remarkable person,” were his words.

All seated turned their heads, as a little voice sounded from the hallway, “Better late than never,” Annabelle popped her head around the door, “I’m sorry I took so long to get ready.”

Stephen Grainger was quickly on his feet, and greeting Annabelle with his charming warmth, “Aaaah, Annabelle, you’re here. Well done. You look radiant. Are you all ready to head off?”

She nodded, and touching his hand, she whispered discreetly so as not to risk embarrassing her father-in-law. She indicated that she had overheard part of the conversation regarding her, “Nobody is more frustrated with me than I am.”

Stephen Grainger turned to hurry the rest of the party along. Half an hour they had left London and were speeding down the motorway. Stephen had turned on the radio on the car stereo and rather than listening to Radio Four, he had selected a radio station playing a lively Christmas song. Annabelle and Robin stared at each other in panic. Annabelle whispered to her husband, “Are we nearly there yet?”

Robin laughed silently. Inventing a reason to start a conversation that would prompt his father to turn the radio off, Robin began asked his father if they were going to be on time to see Nick.

“They said they would be setting off at midday. Nick’s family live near Taunton in Somerset. They wanted to get down there before the rush hour traffic builds around Bristol.”

“Have his family come up to visit Nick on the estate?” Robin asked.

“They normally arrange to have their own guests while we are away. We don’t quibble about them having visitors, but if it helps them to relax more while we are absent, that’s fair enough. None of the neighbours have said they are having raves or wild parties. Them having guests makes the place look busy, it’s better security wise for lots of cars to be in and out of the drive.”

Fiona directed a comment intended for Annabelle, “Anna had her sister staying with them a couple of times when we have been there. I believe she is very excited about meeting you Annabelle.”

Annabelle blushed and looked a little perplexed, “That’s nice,” was the only comment she mustered.

Stephen became animated on the subject of Anna’s younger sister, “Oh yes, Annabelle, she is extremely grateful to you for putting a word in for her with your friend. Last time she was here was just before she went over to California. She was telling her what you had done. Jolly good form Annabelle. Using your connections to help her.”

Robin and Chris turned to look at Annabelle who was biting her lip. Robin squeezed her waist gently and whispered, “What have you been up to?”

Annabelle pulled a face and answered, “Oh nothing really.”

Fiona heard her comment and contradicted her, “Annabelle, it’s a wonderful opportunity for Natalia. Her artwork is going to have huge exposure. She is thrilled. I know how much she wants to meet you to thank you in person. I believe she is coming back with Nick and Anna on Sunday.”