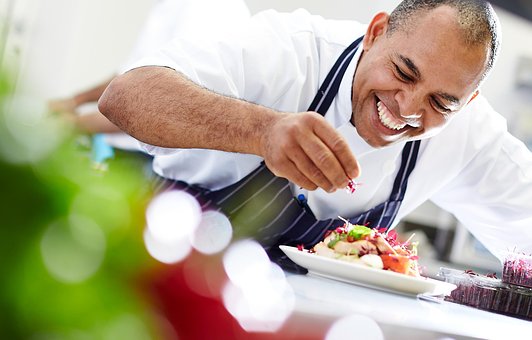 I am hoping to find time to watch all three episodes of the Masterchef Professionals Final this week. So, I started this post on Monday evening, knowing I would want the next three evenings for Masterchef. I hardly watch television, but Masterchef and Bake Off, I do enjoy.

The wonderful Melanie, creator of sparksfromacombustiblemind, has given us this week’s SHARE-YOUR-WORLD questions, as you can see from her post below:

Do you enjoy receiving Christmas cards through snail mail?

I love writing real letters to friends and family. Most of my friends choose to respond by email, but those who like handwritten letters have my parent’s address. I have been careful not to give out my address to many people.

Sometimes I have been given a greetings card by someone I hardly know. It tends to have my name on it, the printed greeting in the card, and the sender’s name. There is not much else. I never know what to do with it. I normally put it back in the envelope and leave in my in-tray until it is recycling day.

Do you like the taste and/or smell of peppermint? 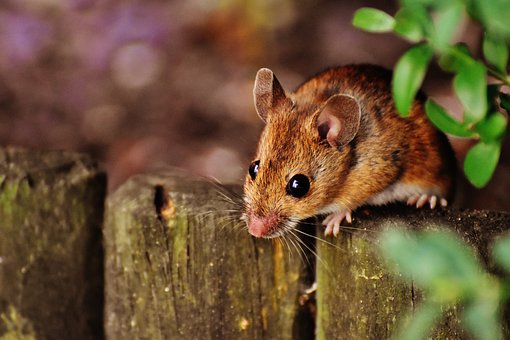 So, when I lived out in the countryside, there were mice everywhere. There are surely mice all over London too. But in the countryside, mice seemed to rule. We had to put all of our food into tins, rather than tupperware, because mice could chew through plastic. Searching the kitchen cupboards for evidence of mice was a regular task.

The mice were persistent though. We had to put down humane traps one year. (The mice would be taken several miles away to be released.)

Anyway, everyone told me that mice don’t like peppermint. I had noticed at the homes of a number of my friends, there was a minty smell. It made sense once I realized they were using peppermint oil to deter the mice. I have no idea how effective it is at repelling them, but I started to do the same.

Anyway, the answer is yes, I like peppermint. But apparently mice don’t. I have no idea if that is true of just an “old wives tale”. But, out in the sticks, peppermint is all the rage!

What is your least favorite holiday side dish? 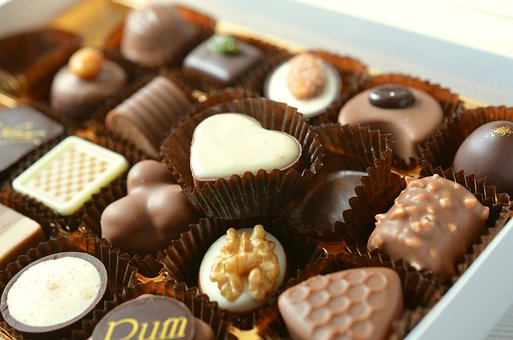 I start to feel sick by mid December when all the chocolates and biscuits from patients start pouring in. It is very sweet of them, but we receive enough thank you gifts in December to make us all very fat and very sick for the entire year to come. So, my manager had a chat with us and it was agreed, we would donate all the chocolates and biscuits to local food banks etc.

I feel sick just thinking about food at this time of year. It’s all so rich. It doesn’t suit me at all. Mince pies, rich fruity puddings, stolen – I want to heave. But give me a dish of sprouts and I would be happy. I love vegetables.

What is the coolest (best) gift you ever gave someone? 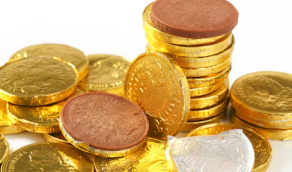 It was a treasure chest.

We have always had a thing for handmade gifts. It feels so meaningless to buy a prepackaged gift from a department store.

We found an antique wooden casket and we filled it with gold coins and foil wrapped chocolates (which were supposed to look like gemstones). When you opened up the lid, there was an orange net (from a bag of tangerines) and a cute little toy fish caught in the net.

There were also shells we had picked up from Llandudno in North Wales. The main feature was the old glass bottle stuffed with a scroll that we had aged with tea and coffee and burnt around the edges to make it look old. We had written a message (using calligraphy) to our friends who were moving from England to Florida.

We were so sad we were losing them, and we wanted to do something that told them how much we treasured them. It might sound a bit childish, but we were teenagers. Our friends absolutely loved it!!!!

As I have mentioned before, I have been working as a volunteer since I was sixteen (around twenty hours every week) and living on a part-time wage. So, mostly I have found inexpensive ways to give. When I have ended up with more money than I needed in my bank account, I seem to be in a rush to spend it on other people. My needs are so few. But when I see someone else I love has a need, I seize the chance. I bought a washing machine for some great friends of mine (a married couple who helped me a lot after I broke up with Jammy).

I gave over half of my savings to Jack a few months after I was attacked. It was a weird thing to do, as I thought he hated me, and I did in anonymously too. I did it because I was devastated by what had happened between us and desperate for peace with him. Jack has confirmed the money was spent on the car he is still driving.

What is a holiday song that makes you cringe?

Well…the thing is, this is not a time of year that seems right to me. There’s something very suspicious about it all. I love family. I love generosity. I love kindness. But I feel strongly that they should be embraced every single day, by everyone, in every nation and culture.

I see Christmas is a huge celebration of materialism. (Although I understand it originated as a pagan sun worship festival.) Teaching children that happiness comes from things, from getting the gifts they wanted, is setting them up for disaster. I remember every year back at school in January, the question everyone was asking was “what did you get for Christmas?” It had nothing to do with giving, it was all about getting. Kids would do a lot of boasting about their new possessions. 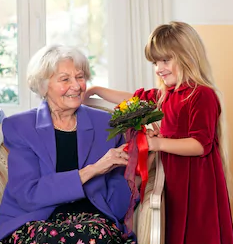 I respect my parents for steering us away from that attitude. My parents instilled in us a love for helping others. Mum would normally be working during the holidays, usually in mental health wards. Dad would take us to visit people he knew where alone and lonely.

When it comes to songs, I am a mix of cringing and wanting to run and scream when they play the same songs over and over on the radio. I love variety, and so to hear to same music being played is agonising. Of course it doesn’t help that at this time of year some of the worst cheesiest pop music ever written is blasting out everywhere you go.

The more traditional holiday songs, I find the words interesting. They often refer to Jesus as a King, not a baby. A King who will bring peace. I find it interesting, because the theme of the scriptures is how our Creator’s name will be sanctified by means of His Kingdom. But I wonder how many people singing these songs think about what they are actually singing. These songs are about the Messiah’s rule replacing human governments.

There are some contradictory attitudes that stand out at this time of year. I know some people who don’t believe in a Creator nor in Christ, who seem to dive right into this time of year. I also see that some, who claim to be followers of Christ, seem more interested in human politics, and supporting dishonest human rulers, than living by the law of Christ (including not bearing weapons and loving your neighbour as yourself).

I find the season ironic in so many ways. It’s not just the music that makes me cringe. It’s the commercialism. The overeating and over drinking. The attitude towards gifts. The stress and debt people burden themselves with.

I am glad to have some time off work and to be with my family, most of whom will be very busy working as volunteers next week. (I am on on duty cooking and entertaining the kids this year.) My family is a gorgeous multicultural mix (marriages), and we will make sure that everyone feels comfortable spending time together. We will have a great time with each other though. At any opportunity it is nice to be together, and everyone being off paid work at the same time means exactly that.

But I am very mindful, that there are many who do not have a warm loving family to spend time with during these cold winter months. Some people will be all alone in the moonlight. This time of year seems to perpetuate loneliness and depression for so many. I have worked in healthcare for many years, as have many of my family.

My family have all been saddened at cases of suicide we have become aware of while we have been at work over the holiday period. Yeah, to be honest, we know so many people who have ended their lives at this time of year, it’s something we look forward to being over. Spring sunshine and flowers are needed. 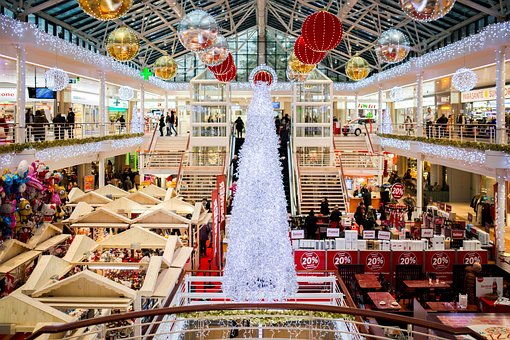 I don’t know, for me this time of year sums up the world humans have fashioned. A world based on commercialism. Greed seems to rule. Businesses employ clever marketing to promote desires and sell a dream. They hope consumers will embrace the cosy image they are selling – yummy food, fine wine, warmth, sparkles, glitter, bright lights, cheery songs…the retailers celebrating all the way to the bank.

There is nothing wrong with enjoying life. But the way this system runs, leading to economic extremes, a few people with a preposterous amount of money, and many becoming impoverished. It’s a system that breaks people, leaves them disillusioned, in debt, stressed out or ever conscious they are not truly happy.

I am genuinely looking forward to the rule of the Messiah benefiting every breathing creature on the planet. I cannot wait to see the day when all truly thrive, happy and healthy – all year round! Everyone should have warmth and love, purpose and pleasure every day. I will not miss these commercial crazes.

Oh there is only one song we are all singing at the moment:

Jack is going to see the film version before me and my friends! I know how excited he is. I am looking forward to hearing his account of the film.

I know Cats is perhaps the kind of musical that can divide a crowd. I was a teenager when I saw it. I thought it was fabulous back then. But I understand why some would not enjoy it.

A lot of my friends have also seen Cats on stage. Some of my friends are arranging a group trip to the cinema at the weekend, but I will already be in North Wales when they want to go. I think it very unlikely that I see it before the new year.

Years ago I sang Memories on stage at a charity show. I wasn’t very good, well good enough for them to stick me out there on my own. The audience were very kind. They clapped and cheered. But I remember realizing how pitchy I was when I was singing.

One thought on “All Alone In The Moonlight”