Riya, the creator of WORLD OF MY THOUGHTS, really has nominated me for THE LIEBSTER AWARD, this time. Here is the proof:

1. Thank the blogger who nominated you – THANK YOU RIYA!
2. Share 11 facts about yourself.
3. Answer the 11 questions the blogger asked you.
4. Nominate 11 bloggers and make them happy!
5. Make up to 11 questions and ask to your nominees.
6. Notify your 11 nominees.

What really makes you angry? 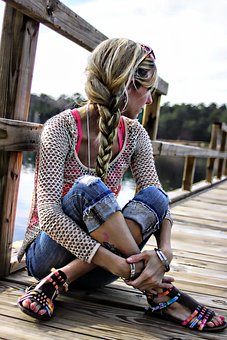 I don’t often show my anger, so not many people would know the answer to that question. I find myself becoming more and more shocked at how spoilt some western people seem. Already with far far more than over half the world’s population…but it is never enough. People who want more and more, and don’t realize how many of our fellow human family live on $1 or $2 a day. I often wonder if they think about what they are saying when they complain.

I feel angry inside when I hear people say things that indicate they feel there is nothing wrong with the world the way it is. When they display a love for things and having more and more. More money, more possessions, bigger and better. When they show that all they think about is themselves. When they show they do not care about the poverty and deprivation in the world. When it’s clear that pollution, crime, warfare, disease have not yet touched them personally and so their whole attitude to life is “I’m alright Jack!” (The allegorical Jack, not my Jack.) 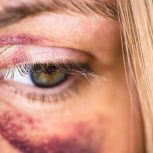 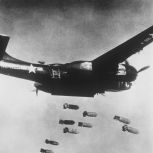 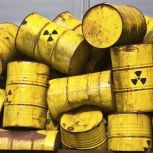 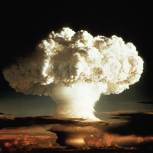 I am shocked by people who deny the atrocious criminal acts like the Holocaust, or they think it inconsequential that there is so much bloodguilt due to horrendous injustices like the Crusades, or the invasion of other lands in a mercenary spirit. I have such an aversion to racism, superiority of race, “class” systems and the mistreatment of members of our human family.

I feel anger inside, but it is very rare that anybody sees me express anger.

In the past I had less caution when it came to challenging those who made me very angry, because I saw them as callous and dangerous. I remember a heated exchange between me and a drug-dealer, who I realized had started to hang around some of the teeagers I was working with on voluntary projects. I don’t think I would do that now, there have been so many stabbings in London over the past few years. The climate has changed.

That chap by the way, after what I said to him…I found out later that whatever I said really did affect him. He got very drunk that night I was told later. And then the next day told his cousin about what I had said. I just happened to move to that area around a year a later, and he followed me around like a puppy. I was told that he had cleaned up his life. Two years later he asked me to marry him. But the point is,  wouldn’t get angry and shout at a drug-dealer nowadays. Not that they don’t deserve it, but it could be very dangerous.

If you could only eat one meal for the rest of your life, what would it be? 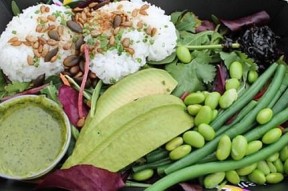 What is your biggest fear? 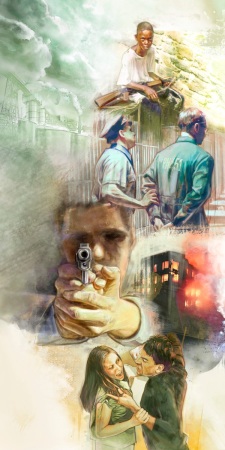 People I love doing something stupid, and I mean that in a moral sense. I mean them committing horrific crimes. Especially in the future, when the issue of rulership comes to a head.

When all mankind has to face the decision of who should rule, what if people I love choose human rulership? What if they tried to attack violently those who want our Creator to rule?  Why would they feel that way when the results of human rulership are so obviously dreadful? Would people I love be swept up with the propaganda and actually go out and commit horrific acts of violence?

When people are blinded by propaganda they sometimes go out and do terrible things believing they are right or righteous. I fear someone I love going out and committing such atrocities and not being able to reason with them.

I fear those I love becoming so swept up with propaganda that they end up doing wicked things.

What has been your best moment this year?

Oh wow! So hard to pick. It’s a close call. Life has been a bit of a chequer board this year. 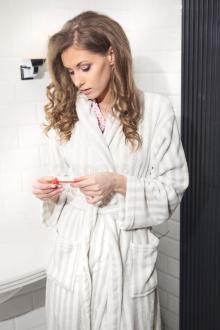 Going to the Doctor because I had been feeling so ill and being told to take a pregnancy test was a big moment. A very big moment. And it was wonderfully exciting. But later, pain came.

Being with Goldfinch in the summer was really special – I was living the dream, truly – and I felt pure happiness right up until I realized it was time to say goodbye and return to England. After intense happiness, pain came.

Receiving that phone-call from Jack was incredible. Meeting up with him for the first time in over four years was terrifying, but it turned out to be remarkable. I just hope this happiness does not result in pain.

If You Could Live Anywhere In The World For A Year, Where Would It Be?

I would have loved to have stayed out in Adelaide for a year with Goldfinch. I was so happy there. I loved what I saw of Australia. But it was being with him that meant so much.

Things have changed of course, since the summer. It would be wonderful to spend a year travelling around either the whole of Africa, or South America, with Jack. I have a dream of travelling the whole world together with the man I love. Travelling as slowly as is possible, by boat and on foot. Truly immersing ourselves in the culture and cuisine everywhere we go.

How do you relieve stress?

I try to avoid stress. I keep my lifestyle simple and I live within my means. If I detect I am starting to feel a bit worked up, which can happen when the pace is crazy at work, I just take a few moments to remind myself that no matter how much work there is to do, I need to remain calm in order to listen to clients and respond effectively. We can’t afford to make mistakes.

If there is stress in my personal life, I remind myself that we all have challenges in our lives. Many of them are temporary. I try to cheer myself by thinking of all the beautiful, all the wonderful there is in life. It helps me feel I can endure anything until our Creator puts things right and undoes the damage.

If I need help to get control of my thoughts, I might speak to a close friend or family member. I pray as well. I find that helps enormously and it helps me keep my balance. Often solutions come to my mind on how to deal with stressful situations while I am praying.

Would You Rather Go To Space Or To The Bottom Of The Ocean?

Ocean for me. I have always loved swimming and since I was a very little girl I have wanted to research whales. Especially the blue whale.

It is a dream of mine to study our oceans and the life that dwells within them.

Summer – hands down, no competition. I love the summer time for the kind of life I lead during the summer! 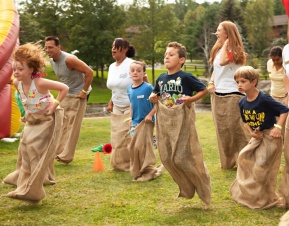 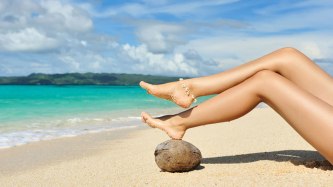 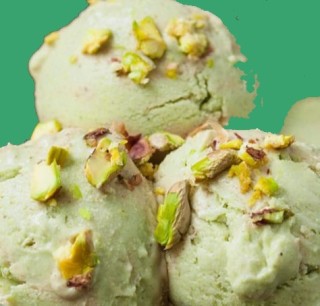 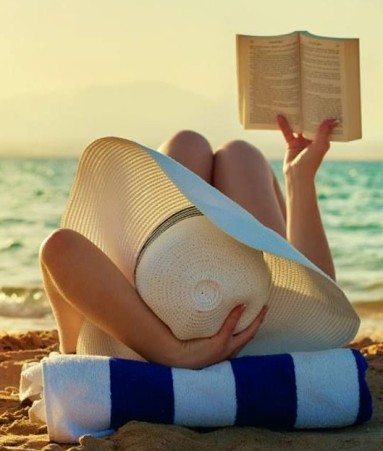 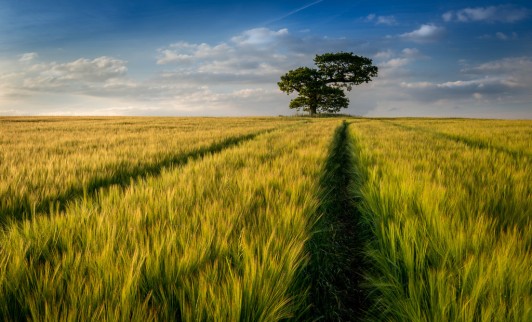 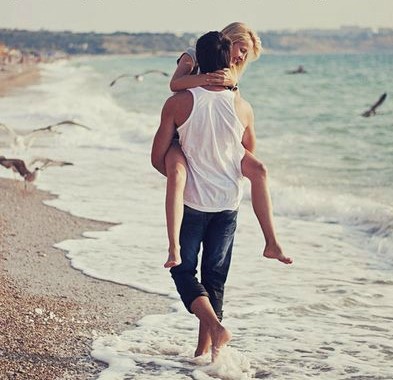 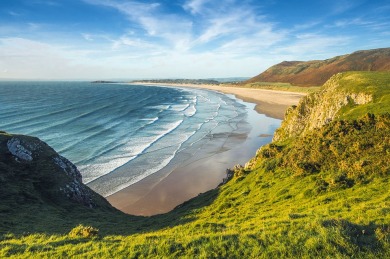 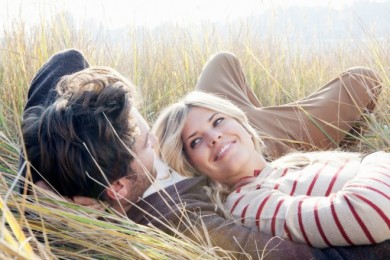 I have always loved sports. I love running around. I like to play in defence because I have no fear of tackling anyone and I don’t tire of energy…but I have very little skill, so I try to win the ball and then pass it to a team-mate who is more skillful.

Of all the sports I have enjoyed, I think my favourite was basketball. I started to play every Friday evening every Friday evening, with a group of friends. There would be anywhere between ten and thirty of us, mostly men, but a few girlies.  I absolutely loved playing basketball before my head injuries. It was so much fun.

I wonder if I should remind Jack of the time he laughed when a friend of ours, Dwayne, knocked me flying and I landed on my behind. All the guys rushed over to make sure I was alright except Jack. Jack laughed! I was fuming with him. Well…if I do mention it, it will be in a nice way. 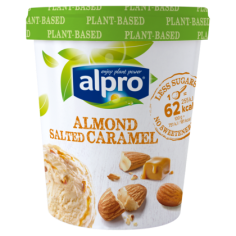 I am not very good with dairy. So I have not had a milkshake for a long time. I would have to choose a dairy free ice-cream.

Recently, I was over at a friend’s home for dinner and she had bought me some dairy free ice-cream to have with the dessert she had made.

It was Alpro Almond Salted Caramel. I think it is made with almond milk. But there was a lot of caramel sauce and caramel chunks going on in the middle. Very nice.

Is this for a short visit, or to live long term?

In the past I would have said New York for a visit – seems like a very exciting place to visit. But Paris to live. (However, seeing all those protests has kind of put me off Paris.)

I would choose Paris to live partly because it is closer to England, where my family are, because their food and bread are amazing, and because I would love to polish up my French. Jack speaks fluent French. He lived there for a couple of years. I love the sense of culture that I have seen when I have been in France. I love the boulangeries and the patisseries and the countryside. But I don’t know Paris. I would like to explore Paris at a leisurely pace.

Eleven Questions For My Nominees

misskathygaskins – Kathy in the City

Sam – One Chance to See the World