Annabelle continues to attend her counselling sessions. Does she feel as if she is making progress and winning her battle against the emotions that have caused her to harm herself?

As the autumn months progressed, there was very little change in Annabelle’s health. One afternoon, after her counselling session Robin and Annabelle headed over to the Jennings’ home. Burt had asked Robin if he would help him in the garden as there was a lot to tidy up after all autumn weather had taken its toll. Annabelle was exhausted after her therapy and Pearl ushered into the cosy front living room and encouraged her to rest. Pearl returned to the the kitchen were she was busy preparing a roast dinner.

Chris had also been invited to join the dinner party. When he first arrived, Chris walked around to the back of the house to see if he could help Burt and Robin. Robin thought for a moment, “Annabelle is on her own Chris. I bet she’d be pleased to be able to talk with you.” 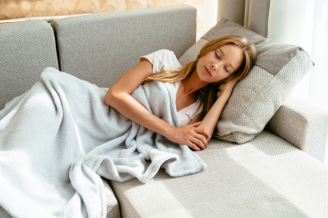 Chris nodded. He promptly turned to go into the house. Annabelle was curled up on the sofa with Jeeves, the Jennings’ cat, snuggling into her. Chris watched her chest slowly rising and falling. She looked so pretty. Before he sat down, he rubbed his fingers on the underneath of Jeeves’ chin. Jeeves stretched his limbs out and yawned. Chris sat opposite and watched as Jeeves lifted himself up onto his paws and then pounced onto Annabelle’s hip and then up and over the sofa. It was enough to wake Annabelle.

As Annabelle opened her eyes and detected Chris was sitting in an armchair opposite her, she felt self-conscious and immediately pushed herself up and swung her legs around. Chris assured her that he had only just arrived and asked her how her how she was.

“A bit tired, but I guess that’s nothing new. I had my counselling session this morning.”

“How did it go Annie?” Chris enquired with a warm smile.

annabelle drew her legs up onto the soga and crossed them, “Do you know what “tacking” is?”

“Sure, I do it all the time. You mean knocking nails into something?”

“No, I mean sailing. It’s what sailors have to do to when they want to sail towards the direction of the oncoming wind.”

“Oh, right, is that when they kind of zigzag along?”

“Yes, exactly!” cried Annabelle, “That’s what we were talking about in therapy today.”

“Tacking hey. So tell me about tacking.”

“Well, for a start, it sometimes feels like I am sailing against the wind. Everything is exhausting. I don’t mean physically, I mean mentally. My thoughts are exhausting before I have even climbed out of bed in the morning. And everyone reckons that it’s what is going on with my thinking process that is affecting my physical energy. If you had any idea the thoughts that go on in this crazy head of mine.”

Annabelle laughed, “You can decide that after I tell you what I said to my therapist.”

“Well, everyone keeps giving me advice Chris. And some of it is great advice. I know everyone cares. The thing is, I am having trouble keeping balanced. Robin is worried about me because of how I react to what people say to me.”

“Rob is always going to be worried Annie. He loves you.”

Annabelle smiled, “The thing is, if someone gives me some advice, or some wise words, I run with it too far. I go to extremes. I kind of veer off in some other direction.”

“Can you give me an example?”

“Well, Rob thinks I take everything too seriously. He thinks that is why I have become a vegetarian and why I started reading the Bible. But I don’t think those decisions are extreme. It’s other advice, the “wise words” that people have been offering me that I have to be careful with. I have heard advice that I can see I took took on board with too much force and I lost a balanced view.”

“Not all advice is good, even if it is well-meaning.”

“Well, maybe it is good for some people. But my therapist said that timing and individual circumstances can determine the value of advice. Like people have said to me that everything happens for a reason. Oh my goodness, I wish I had never heard that. I became obsessed with it. What possible reason could there be for me leaving the gate open, the sheep escaping, that driver speeding around the bend? What possible reason for an accident that could have been fatal?”

“Yeah, that is not helpful at all.”

“It’s an awful thought to become locked into. And there are so many other things people have said to me that I am sure they said in kindness, but they have not worked well with me. “What doesn’t break you makes you”, “the present is all you have”, “don’t trust anyone except yourself”, “look after number one”, “live every day like it’s your last day”, “don’t worry about what anyone else thinks”, “you don’t need anyone else to be happy” oh and probably the most annoying is “listen to your heart”!”

“It’s hard to avoid hearing that kind of advice Annie. And you are right, people mean well.”

“Maybe Robin is right. He thinks I am very vulnerable because I am sensitive to what I see, what I hear, what I read. I become fixated with some piece of advice someone has given me and it knocks me way off course. My therapist has to build me back up again because someone else’s advice has torn down everything she and I had worked on already.”

Picking up on high pitched Annabelle’s voice was becoming, and how her neck and chest were reddening, Chris remarked, “I can tell you are frustrated Annie. But you can’t avoid other people.”

“I know. I don’t want to avoid people Chris,” Annabelle tried to calm herself down, before she continued, “It’s just that, all those pieces of advice might be right in the right context, at the right time, with the right person…but they have not been right for me. But I didn’t realize that, I swallowed up those words and made it my mission to live by advice that didn’t fit my circumstances. I have felt like I was being knocked around like a pinball.”

Chris gazed at Annabelle with sympathy, “I know you’ve been hurting a lot. We’ve all been worried for you. Rob more than anyone.” 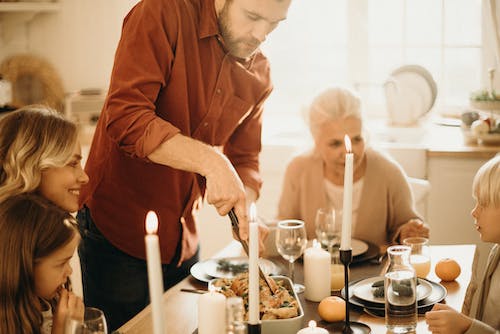 Annabelle felt weary, “I have to learn to find balance. I have a battle to fight Chris, I do. It’s tiring. Lots of little things may help, but I need to make little changes of direction. I need to use this “tacking” effectively and not lose sight of my goal. That mentality of I don’t need to worry what anyone else thinks, I don’t need people to be happy or that I should just look after me – they are all contrary to what I know is the truth. They are not going to help me reach my goal. Life is happier when you have good relations with people, when you do care about the feelings of others and when you show love for others as well as yourself. My goal is a happy family life, to have happy thriving relations with my friends and relatives. So I can’t let other people’s “advice” knock me way off course.”

Chris nodded, “Annie, you will reach that goal. You are already nearly there. People love you.”

“For me the battle is against these thoughts that tell me that people I love would be better off without me. No Chris, don’t look at me like that, I don’t mean not being alive. I mean that I have turned out to cause so much stress to Robin, his parents, Nick and Anna. I have caused you to worry. All my lovely friends here in Blackwood are worried because they know I am not the Annabelle they used to know.”

Chris spoke emphatically, “Annabelle, never ever feel that we would be better off without you.” 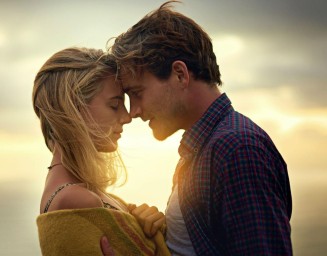 “Chris, I was so scared before I married Robin of becoming a burden to him. What has happened this year is my worst nightmare. I have been totally dependent on Robin.”

“The difference this time is that he has support. He didn’t have support when I was dependent on him after Lucy died. He was all on his own and it broke him. I sometimes feel so pathetic that I have to go to therapy, but I will keep going so that I don’t break Robin. I can’t do that to him.”

“Please don’t be so hard on yourself. You have given Rob a lot Annie. He told me about your money solving his debt problems. But you have given him so much joy. That’s exactly what he says about you – that you are a joy. He would not have things any other way.  It won’t always be this tough for you. You will get stronger and stronger.”

“I can’t imagine feeling strong. I feel so weary Chris,” Annabelle rung her hands, “Did Robin really say that?” 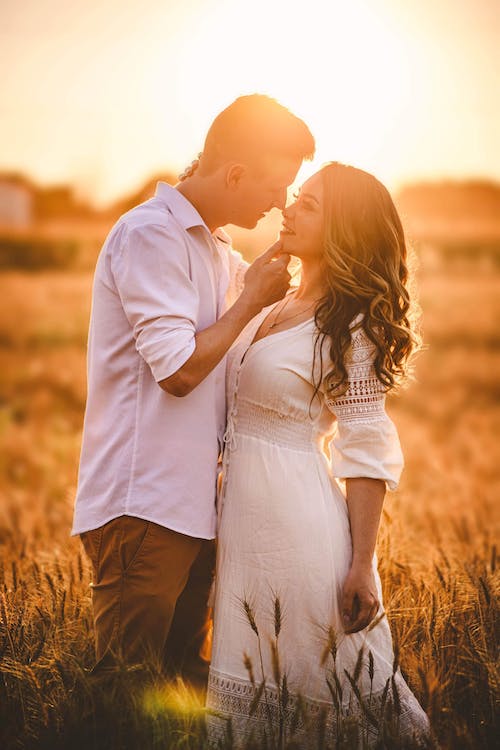 Chris nodded, “He says he is worried about you, but that he is glad to have support. He said you are an absolute joy and it just breaks his heart to see you suffering.”

Annabelle was deeply touched by what Chris had told her, “I don’t deserve him.”

“Annie, you know well that I was not impressed with Rob when I met him. I did not understand why he left you on your own for almost two years, leaving you in the dark about what was going on with him. He’s told me a lot about what happened when he was away from you, and I am glad I didn’t know before you married him. I would have been dead against him. But I believe that love brings the very best out of a man. You might feel weak now, but in your weakness, Robin’s love is perfected. He is a better man because he is living up to the responsibility of caring for you.”

“Wow, that’s a beautiful thing to say Chris. Thank you so much. That means a lot.”

“You’ve brought the best out of me too, for exactly the same reason.” 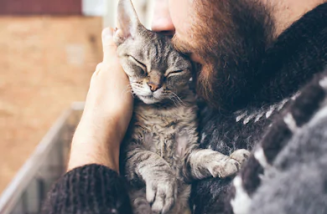 Annabelle looked a little uncomfortable. She watched as Jeeves jumped onto Chris’ knee and snuggled against him. Chris stroked Jeeves who began to purr loudly. Annabelle murmured, “You have been so unselfish. I know and I value your love, I do Chris. You know I can’t say too much. But I do know how lost I would be without you.”

“Thank you Chris,” Annabelle lowered her gaze, “I just wish I was strong enough to give Robin what I know he would love. But how can I? I can’t even look after myself.”