“Jack” and I have walked in the woods frequently these past couple of months. Lots of walking, talking, holding hands, laughing, a few tears from me on occasion and some kisses – very nice kisses.

It’s been great. And although, a few times someone has recognized Jack and said hello, we have not had any interruptions to our time together. But last week, a group of young men were walking with a couple of dogs (one looked like a pitbull, I didn’t see the other) and one of the lads whipped out his phone and came right up to the two of us (we were obviously walking along hand in hand) and took a photo of us. 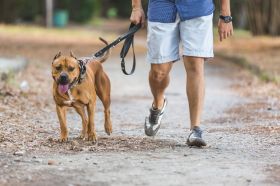 Jack was friendly enough. He said something along the lines of “Hiya mate, it’s polite to ask first if you want to take a photo.” Anyway, at first I thought the lad was a little bit aggressive in his response. But Jack was his usual charismatic self. He chatted with him and asked about the dogs and some other questions. I wasn’t listening properly, I felt a bit intimidated by everyone staring. I think he was asking them things like where they were from and what they did for work.

So Jack tried to make a bit of a deal and asked if the guy would delete the photo he just took, then Jack would be in photos with this guy and whoever else in the group. Jack is always willing to pose for photos. It is ingrained in him. He is not in the least camera shy, and he is comfortable with this aspect of the fame his work has brought him. To me, it’s all weird. To Jack – it’s just life. He gets on with it. The young man seemed very reluctant to delete the photo of Jack and me holding hands. I think that the chap did delete the photos, because next moment, Jack was posing for selfies with the group. 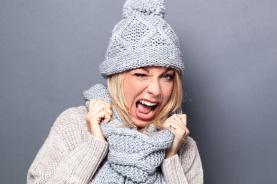 Anyway, while this exchange was going on, I saw another lad in the same group step my way with his phone in his hand. I was convinced he was going to take a photo of me. So, I swing around and put my hood up and pulled my  scarf up over my face. Was I over-reacting? He was a total stranger! What right did he have to take a photo of me? Plus, I always look terrible in photos, I am incredibly unphotogenic. What might he have done with that photo? I have no idea, but I was not going to cooperate with him.

What followed was all a bit weird. This lad ran around to the other side of me. I became quite alarmed, I put my arms in front of  my face. The lad started grumbling at me. Jack must have noticed what was happening, because the next thing I knew I was buried in his arms and being pulled by him. I couldn’t see where I was going but he was trying to move quickly, and I could hear him calling out “cheers lads, we have to get going now.”

Jack probably did not realize I couldn’t see the floor because I ended up tripping and would have ended up in the mud if it wasn’t for him supporting my weight in his arms. We must have looked so stupid.

Jack was telling me to keep walking and I was laughing because he had his hand on my head keeping my eyes down, and I was completely dependant on him guiding me along. At least now I could see my feet and the ground. He told me the lads were behind us, which is why he was turning down narrower paths. When he was satisfied we were out of their view, he asked me where we were because he had lost his bearings.

Hah! Jack! He drags me along, with my vision obscured by my hair and my hat, deeper into the woods and expects me to just know where we are and to know which direction to head in to go back to my little nest. That was one long walk!!!

(I know…yet another TS track – but it fitted my post so well, I could not resist!)