How will Chris feel once he realizes how he behaved towards Annabelle at her wedding reception?

Chris woke up to the smell of fresh coffee and bacon. He was completely bewildered to begin with, sitting up on the sofa he was laid out on and searching the room for clues to tell him where on earth he was.

Nick came into the living room of the cottage he and Anna lived in and presented Chris with a coffee, “Best cure for a hangover is an English breakfast.”

Chris took a gulp of coffee, “The wedding is all over?”

“All over. Your sister and the older couple are back at the hotel. She knows you are here. She came to see you but you weren’t making a lot of sense last night mate.” 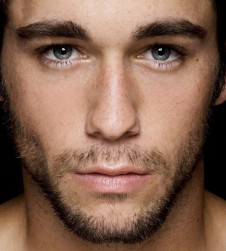 Chris rubbed his hands over his face, “God I feel rough.”

“You’ll feel better once you’ve eaten. Mr Grainger said that you had agreed to come over for a meeting with him today. You have a few hours before then. I can run you up to Donnington if you want to have a wash and change up there.”

“Something you arranged when you came over on Wednesday for the afternoon tea?”

Chris started to recollect the conversation between him and Robin on that afternoon, “I should ring Gina and tell her.”

“Have some breakfast and then we can head up there.” 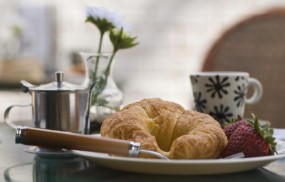 When Gina joined Burt and Pearl for breakfast down in the hotel restaurant, Pearl enquired after Chris, “He must be very tired?”

“He seems to struggle with jetlag. He’ll be fine after more sleep.”

Burt had a slightly suspicious look on his face. Pearl asked Gina, “Do you think it was hard for him to see Annabelle getting married? I think he was sweet on her.”

Gina pursed her lips, “I think he would have liked to have been a bit more supportive to Annabelle yesterday. When it came to it, I think he did find it harder than he had expected. He wasn’t himself.”

“And Annabelle looked so beautiful in her dress. I am sure Chris would have been quite taken with her.”

Burt spoke to Gina, “Pearl would have liked for Annabelle to have courted a young man from Blackwood. I am sure she hoped it would be your brother that would end up marrying her. Then we would have kept Annie near us.”

Gina sighed, “Maybe now that Annabelle will be living here in England, Chris will be a bit more open to meeting another girl. I’m sure there are lots of nice girls in Blackwood.”

Pearl responded, “None as pretty as Annie though, nor as sweet.”

Gina thought to herself that perhaps Chris needed to get away from Blackwood more. Now that Annabelle was gone, he would struggle there. Gina excused herself from the breakfast table when she saw that Chris was trying to ring her.

Chris was already on his way back to the hotel, being driven by Nick. He explained to his sister he was going to shower and change quickly and then return to Inkpen and that Nick had offered to take Gina and the Jennings up to another local house that Fiona Granger had mentioned to them.

Nick drove Burt, Pearl and Gina up to the house near Pangbourne and then drove back to the hotel where Chris was waiting for him. On the drive back, Chris voiced his concern about the day before, “It’s kind of fuzzy now, but I think I caused a scene with Annie.”

Nick looked at him, “I didn’t let you mate. I had an eye on you when you were sitting outside knocking back wine straight from the bottle. I was right behind you when you started ranting at her. I pushed you right out of there before anyone realized what had happened.” 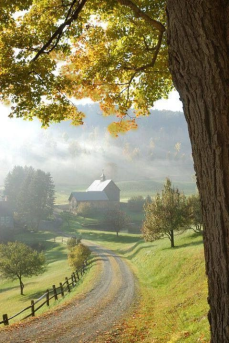 As the Range Rover sped down the lane towards Inkpen, Chris stared in disbelief, “You don’t think anyone else noticed?”

“I don’t think anyone else realized. The hired help were just starting to clear some of the tables to make room for guests to dance. Everyone was still looking over towards that bloke who was singing along with the violin. Mind, she looked pretty horrified. Not that she’ll be thinking about it now.”

“I didn’t hear what you said, but I could tell by her face it was no way to speak to a lady.”

Chris felt awful within himself. He couldn’t remember what he had said, but he could remember being angry with Annabelle and yelling at her. When they pulled up outside the Grainger’s house at Inkpen, Nick called Stephen Grainger on his phone to tell him they had arrived. Stephen was still out with his brother walking Rufus, so he asked Nick to show Chris into the house. 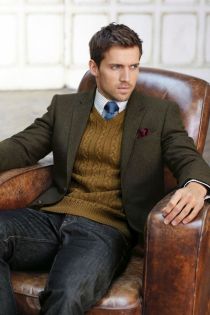 Chris waited anxiously, trying to remember what had happened at the wedding and wondering what the meeting was about. His head was aching. He wondered if he should send a text message to Annabelle, or even call her. Something told him that the day after her wedding, there was no way she would want to hear from him, especially after he had shouted at her.

Was Nick right? Had nobody else noticed the scene between him and Annabelle? When Stephen Grainger arrived, he would probably find out soon enough if the family were angry over Chris’ behaviour.

Anna came in after around ten minutes with some coffee for Chris. “I thought you might need more caffeine. I hope you are feeling better.”

Anna shook her head, “I had a message from Annabelle, she asked if you were alright.”

Chris sat up in the armchair and leant forward, “She asked about me.”

“She said there is a letter in her room for you. I will fetch it now. If Mr Grainger comes back before I return, I will give it to you when your meeting is over.” Anna disappeared. Moments later, Stephen Grainger entered the room.

“I am sorry to keep you waiting. It’s very good of you to come. We didn’t want to talk business the other day when you were here for Annabelle’s little do. But now they are off on their honeymoon, I’m keen to sort some things out for Annabelle. Robin was sure you would be the man for the job.”

He explained that this musician friend of Annabelle’s, who had attended the wedding, had spoken to him at the wedding about the proceeds from one of his recent songs being a wedding gift for Annabelle. Stephen went on to explain that Annabelle clearly had no desire to live in New York.

He outlined to Chris how Robin intended on investing some of Annabelle’s money, but that it would be helpful if someone could collect the paperwork in connection with the apartment from her parent’s home, as currently her family seemed to be rather challenging to communicate with. Stephen asked Chris if he would be able to take a trip to New York at the expense of the Graingers. As well as visiting George and Carol Riley to collect the financial files in their home, Chris would need to visit the agency in New York who were letting out the flat in Annabelle’s behalf and update them with all of Annabelle’s new contact details.

When Chris left Inkpen, clutching the letter that Anna had pressed into his hand, he felt rather confused. Nick dropped him off at Kintbury station. Chris was to travel by train to Reading, where he would then catch a cab to over to Basildon House, where his sister was, along with Burt and Pearl. But seeing that there was a half hour wait for the next train, Chris walked towards the nearby canal.

Sitting on the lock gates he read Annabelle’s letter. He still couldn’t remember the exact words he had spoken towards her the night before, but he knew in himself he had been cruel to her. The thought of her shortly afterwards going up to her room and writing that letter before she left for her honeymoon was like another stab in his heart.

Whether she was near or far, Chris knew he was not going to be able to get over that she was an exceptionally lovely person, ever loyal, even when she was badly let down. Loyal to Robin, loyal to Dean and clearly loyal to him also. Her letter was beautiful, just as she was. That was something he knew he should have been pleased about. But at that point, it was just heavy on his heart.