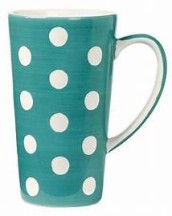 A chap came into my work premises the other day. He was very polite, but apologetic at the same time. He asked me if I would be kind enough to make him a cup of coffee.

I didn’t even ask questions. I just did it. I told him I would go and put the kettle on and explained we only had instant coffee (Nescafe Gold). He didn’t say anything, but I just presumed from the way he was dressed and groomed that perhaps he couldn’t buy a coffee at the cafe across the road. It’s cold here in England at the moment. It was a pleasure to have him come in and sit and drink a coffee with me. I even put the idea into his head that he might find writing about his life satisfying.

He told me exactly how he wanted his coffee. I made it for him and he drank it in front of me. We didn’t have any biscuits or anything to offer him to eat. (I’d already eaten my sprout sandwich a few hours before.)

I was chatting away (like I do) about coffee for the most part. I just wanted him to relax. He kept on apologising. I told him at one point I had no idea what he thought he needed to apologise for. He said he loved the way I spoke (Goldfinch might say that was like a chatterbox without an OFF switch), which is kind of your quintessential English chitter chatter, and one of those voices – nobody can quite place my accent, and I have a soft kind of tone to my voice. He thanked me for being so friendly and chatting with him. He told me that I helped him to forget all his problems.

Then he began to tell me some of the abusive comments that had been directed towards him by people passing. He also indicated that he had been into several of the shops and businesses on that road and asked for a drink, but he had been turned away elsewhere. And I have to say, I believe him. He didn’t tell me what it was, but he indicated that he has had a devastating situation that has stripped him of everything. He said the hardest thing is just trying to find the will to live.

And then he left. He thanked me again and he said “kindness means everything”.

I don’t know his story. But I am sure he has one. He wasn’t with me long enough for me to learn how he has come to be walking into a random office to ask for a warm drink. But there is sure to be a story. He didn’t ask me for money. I didn’t have any money myself (I only take my debit card around with me), and there was no way I could take money from the petty cash (I don’t work for that company – I was temping to cover someone’s holiday). All he asked me for was a coffee. And he ended up with the drink and a fifteen minute conversation with a bubbly blonde who is never lost for words.

I work with charities, wonderful charities, that provide services and assistance, sometimes education and training to a variety of people, including those who might have lost their homes for one reason or another. In fact when I was a full time international volunteer – and lived in a huge apartment with a lawyer, a celebrity, an accountant, a joiner and an IT whizz (all working on an unpaid basis for charities), one of the lads next door, Micky, turned out to have an amazing story. 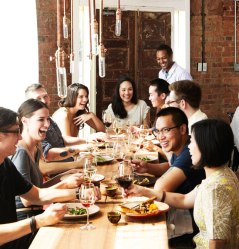 He also was living in a apartment that he was sharing with other volunteers. One day we invited him for lunch with some other friends, and my best friend Marta (the psychologist) joined us. Micky was so friendly. I loved how great he was at meeting new people and chatting with them. Such a gregarious cheerful lad. It turned out Micky had been homeless for several years, and had slept in various places such as back alleys and outside department stores. Anyway…he decided to volunteer for a local charity project, near to where he was sleeping rough. He loved it! He was trained in many areas of construction. He was such a lovely, hard working young man, he was selected to receive some very specialist training.

Several years later, he qualified to become an international volunteer, and here he was living with the rest of us. We were all equals. I loved that. I absolutely loved that we were all equal. All valuable. All from different walks of life. None of us being paid a penny. All working hard, eating together, living in the same basic accommodation, under the same rules.

I was told that two of the most important assets a volunteer can have is AVAILABILITY and HUMILITY. Anyway…I digress.

My thought was simply that I can’t bear that some people are treated with such a lack of kindness and dignity. I hate that some people speak abusively to others. (And on a side point…I am not political, but I find it very uncomfortable that more bloggers are using insulting terms when referring to others who do not share their political opinions – what’s going on guys? We may have a particular opinion or belief, but dismissing anyone who does not think the same way in degrading terms – that’s not a nice thing to do – at all!)

When the truth is – we are equal. I long for the day when every human will be dignified as a valuable member of the human family. That guy who came into work the other day.. he was my family and yours too. A cup of coffee is nothing – is it? But from the sound of things, it is rare that anyone will give him the time of day. I think I need to make sure I always have some biscuits, or something foodies in my back pack. I felt lousy only being able to provide coffee. Next time he comes, I’ll try to do better.

17 thoughts on “Coffee With Caramel”