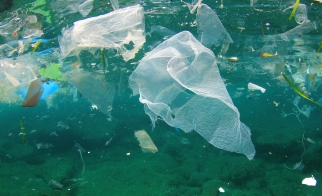 When I was out in Australia with Goldfinch, I remember some conversations we had about the scale of pollution that has become manifest in recent years. I could tell that Goldfinch feels angry about nature being “raped”.

I still hear shocking opinions. I was working with a man recently, who said that scientists don’t know what they are talking about. He reckons there is nothing wrong with the earth and that whatever we put into the air and waterways, the earth can deal with it. Interesting chappy…especially when he told us his life story. I realized he was not the kind of person I wanted to end up in a deep discussion with. I don’t know if you ever chat about these subjects with family, friends or colleagues but it can be easy to start going round in circles.

Whose responsibility is it to change? Is it governments? Is it us as individuals? Some have already made significant changes to their lifestyle hoping they will help to make a difference. They may feel frustrated at times, wishing that more would follow in their steps.

I said to Goldfinch that I believe the scale of changes needed is enormous. I expressed my view that not only do the “controls” need to be handed over to someone capable, powerful who cares about Creation and not about profit, but in addition the wants, the aspirations and the dreams of all of us need to change. I mentioned to him a story I have heard several versions of many times.

Recently I was talking to a friend who is passionate about climate change and living a environmentally friendly lifestyle. She was telling me about how strict they are with their teenager who is preparing for exams. She said that he needs to pass those exams to get into a certain school. He needs to get into that school to have the best chance of going to a top university. Because they want him to have opportunities to have a lucrative career and to be able to afford some of the things her and her husband haven’t been able to provide for their family.

I was looking at her wondering whether she realized what she was saying (by the way her teenager is stressed out by these exams and is argumentative because his parents won’t let him hang out with friends when he wants to, because they want him to stay home and study). It sounded to me as if they are planting dreams of wealth and luxury into his heart – but they are hoping he will also be passionate about veganism and recycling.

Anyway…while people are not content with how beautiful life can be with just a little…while people want more and more and more, and dream of possessing ludicrous fortunes…what chance do you think there is of pollution halting?

Well here is the story that you may have seen before. It made a huge impression on me when I heard it and it has shaped my life and my attitude to earning my bread and butter. I rejected the goals that my school teachers waved in front of me. I have loved living simply so that I could spend most of my time as a volunteer, rather than earning money I did not need.

This story has been told thousands of times with many variations.  This is one version I heard.  It is a story that makes me smile from ear to ear as it shows up something pretty stupid about this striving after the wind, striving after endless more that is promoted today.

The fisherman returned home in his pirogue and was met by an expert in economics who was working on expanding the economy in that developing country. The expert asked the fisherman why he was back so early. He replied that he could have stayed out longer but that he had caught enough to care for his family.

“So now, what will you do with your time for the rest of the day?”

The fisherman responded: “Well, I do a little fishing. I play with my children. We all have a rest when it gets hot. In the evening, we have a meal together. Later, I get together with my friends for some music, and talk with other villagers.”

The expert interrupted: “Look, I have a university degree and have studied these matters. I want to help you make your life better. I recommend that you stay out fishing longer. You would earn a lot more. Soon you will be able to purchase a bigger boat than this pirogue. With a bigger boat, you would earn still more.  Before long you will be able to build up a fleet of trawlers.” 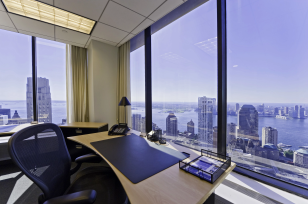 “That sounds interesting.  What I would do then?” the fisherman inquired.

“Then, instead of selling fish through a middleman, you could negotiate directly with the factory or even start your own fish-processing plant. Do you realize you would be able to leave your village and move to London, or Paris, or New York and run the whole thing from there. You could even consider putting your business on the stock market and earn millions, perhaps more.”

Raising his eye-brows, the fisherman asked, “How long would that all take?”

“And then what would I do?” the fisherman continued.

“That is when life gets interesting,” the expert explained. “You see, then you could retire. You could move away from the hustle and bustle of it all to some remote village.”

“And what then?” asked the fisherman.

“Then you have time to do a little fishing, play with your children, have a siesta when it gets hot, have supper with the family, and get together with friends for some music.”

When I hear people complaining in the western world about not being able to afford a new phone, or a holiday…I wonder…well, I just wonder!