Annabelle has arrived in Switzerland to spend a week with Robin. Will she be able to explain what has been troubling her for the past two months.

After dinner in the hotel restaurant and a walk around the hotel, so that Robin could introduce Annabelle to some of his colleagues, they headed back to her room. For a couple deeply in love, who have been separated for months, there is no shortage of excitement and affection.

Later that evening, Robin had his arms wrapped around Annabelle as they lay on the bed in her hotel room. He was kissing the back of her neck while she told him about the former colleagues and friends she had seen during her time in New York over the holidays.

“What’s this Belle?” asked Robin wrapping his fingers around her hand. 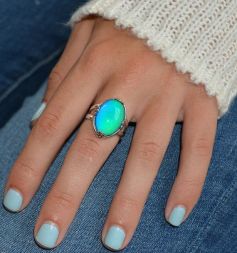 “Oh it was a Christmas present from Chris.”

Robin snorted, “It looks like the kind of thing teenagers wear.”

“It’s a mood ring actually. He wrote in his card that I am all the colours of the rainbow in one day sometimes and he wished he could read me better, so he found something that might help.”

“Well to me it is precious.”

“Which is why you are so lovely.” Robin squeezed Annabelle tighter.

“He also bought me a bottle of tequila,” Annabelle added.

“To make up for not letting me drink tequila in New York when we went to see Dean I think.”

“See I knew I liked him. He looked after you well there didn’t he?” Robin smiled against the back of Annabelle’s shoulder.

Annabelle snuggled deeper into Robin’s embrace, “Yes he did, I am so glad he came with me.”

“Chris has been very worried about you Belle. He is convinced something happened that made you draw away from him. I told him to keep trying, and to be patient.”

“It wasn’t  him. He keeps on apologising to me about overreacting when he saw the photo of me that Dean posted on Instagram. I was hurt at the time. But I know how much Chris cares, I know it was just a moment, and it passed. He was angry because he presumed… well, he was wrong. He just didn’t understand what it’s like with Dean.”

“Chris really likes you Belle. He was probably just jealous. Did you get him a Christmas present?” Robin enquired.

“I did. I bought him a new shirt, a Ralph Lauren shirt, because when he was watching Mildew play in New York, the shirt he was wearing was ripped. Dean helped me out with the rest. He sent me a few little items any Mildew fan would go crazy for.”

Robin kissed the back of Annabelle’s head, “I am sure he would have been pleased.”

“It was kind of obvious how excited he was about meeting them. I couldn’t think of anything else that he would especially like.”

“So what has been eating at you Belle?” Robin asked.

Annabelle turned over so that she was facing Robin, “Are we going to talk about this now?”

“You are shaking. Why are you shaking? You’re not afraid are you?”

“Belle, I love you very very much. Whatever you want to say, nothing is going to change, ok?”

“I quit the CBT sessions I was having. It was my choice Robin. They wanted me to carry on. But I walked out and refused to ever go back.”

Robin looked at her with soft empathetic eyes, “I did wonder what had happened there Belle.”

Annabelle began to choke up with tears, “I couldn’t go back.”

“Hey, what’s all this about. Belle, Belle, it’s ok. Shhhh, I am so proud of you that you tried it. It means so much to me. What on earth happened to make you cry like this about it?” 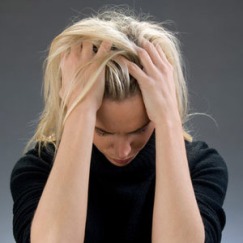 It took a few minutes before Annabelle’s tears ran dry and she was able to compose herself. Robin stroked her arm continually. Finally when she was still, she opened her mouth and the words that came out where, “They think I’m a “psycho,” before she began to cry again.

Robin waited for her to calm down, “What does that mean Belle? What exactly did they say to you?”

“That therapist, he twisted everything, he made me sound crazy to the Doctor and she said she thinks I have some kind of mental disorder.”

Robin could see that Annabelle was still overwhelmed. Gently kissing her forehead, he waited for her sobs to ease before he asked her, “What does that mean? A mental disorder? Is that exactly the words she used?”

Robin was laid out flat on the bed, looking at Annabelle and trying to take in what she had just said, “I am not sure what that means Belle. It think I have heard that term, but I don’t understand it. Was this some kind of diagnosis? Did they explain it to you?”

“I couldn’t take it all in Robin. I was so in shock about what the therapist said about me. They were trying to get me to agree. But I was so angry with him. I stormed out, I told them they were the psychos. I told them I was never going to go back.”

Robin envisioned the scene that Annabelle had described. He wasn’t sure whether to laugh or sympathise with her. Realizing that Annabelle was still distraught, he climbed over the bed and cradled her in his arms, “Well done Belle. I am so proud of you for giving therapy a try. Thank you so much for doing that.”

“But I failed, they think I’m nutso,” Annabelle weeped.

“I don’t see it that way. You have been scared to go to a Doctor for years. But you did it Belle. You were going to counselling for several weeks. That’s great! I’m sure you did get something out of it. Do you think you would have been back to New York to try to straighten so much out if it wasn’t for those counselling session?”

“Belle, you have done wonderful things. It’s clear that whatever happened with the therapist and that Doctor has discouraged you a lot. But try to think about the positive. You should be really proud of yourself. It must have taken so much courage to go and see Dean and to go back home for Christmas. I think you are a stronger person after the counselling that you had.”

“I’m exhausted though. It’s taken so much out of me.”

“I was exhausted when I went through rehab Belle. It felt like I was running a marathon every day. But at the end of it, I was a stronger person. More in control of my impulses and able to make better decisions. It helped me focus on the motivation I needed to keep fighting something had the potential to destroy my life.”

“You are so much stronger than I am,” sobbed Annabelle.

“I don’t know about that. You’ve certainly impressed Chris. He said he was amazed to see the way you dealt with Dean when you were in New York. And I have a feeling Dean would have a lot to say about your strength Annabelle, he seemed to be glowing about you after they played their concert.” 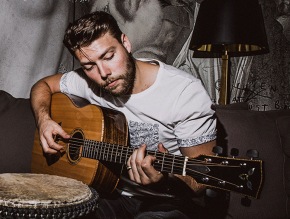 Annabelle’s face brightened, “Did you hear the song he wrote about me?”

“A nice one. It’s really beautiful,” she beamed.

“No, I don’t listen to their music Belle, you know that.”

“Well, it’s a nice song anyway. It’s called Only One Woman, and it was very moving.”

“Well, I will give it a spin tomorrow maybe. You, gorgeous lady, need to sleep. Well done for being so brave and do not cry. You have done really well. We can talk more tomorrow. Just sleep now.” Robin pulled Annabelle back into her arms and held her closely gently kissing the back of her neck until she fell asleep.

Once he was convinced she was sleeping soundly, Robin reached for his phone and started to type into the search engine scroll bar “Borderline Personality Disorder.”