This is all happening so quickly!!!

I wish I could encapture some of it. So many conversations between us. So many looks, and touches. We are racing along at breath-taking speed. When I think of how little time has passed, it seems crazy!

I think it is only possible because so far everything is making sense. If I come across something I cannot accept…maybe we will have to slow down and discuss it more carefully. So much seems completely natural, not crazy at all. 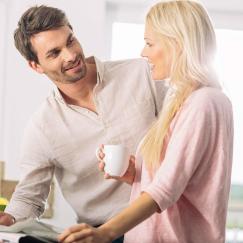 At the moment…it just feels as if I am back with my housemate, whose ways I know and understand. Nothing is a surprise, because I know him so well. So despite the rift that kept us apart…all that time we spent together in the past, is proving a great foundation for now. I get him. I know exactly what to expect.

He is a crazy bundle of energy and fizz. He is extraordinarily clever (as in facts and figures – what a brain box!) but not very aware socially. He is always so close to the border of leaving someone baffled or staggered. That’s where I come in – and my uses to him are so clear. Me – the epitome of diplomacy and elegance. He the unpredictable exuberant force, next to me, the sensitive, intuitive, gentler influence. 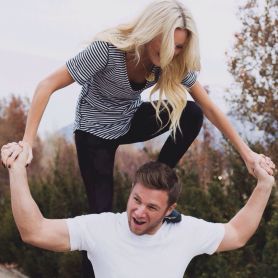 A lot of friends have labelled me a firecracker. I can have a crazy amount of enthusiasm and energy. I can be very exuberant…but when I am next to him, I am like a cool calm that just gently nudges him to indicate that somebody is about to explode, and reminding him that people can misunderstand and misjudge.

It reminds me of why those who loved us genuinely felt we would be good for each other. We are both full of life, we both have big hearts. We are both good students, he is brainer than me, but I am not at all ignorant, which he needs. We are both very sociable, but I have much better social skills, and know how to discreetly indicate to him that he is fudging something and provoking people. I can see why people who cared about us thought we would be a good team.

I just keep telling myself though…this is not a sprint (it has all been at break-neck speed so far!), we are entering a marathon! We want this to be something that is going to last surely. So I am trying to accept that while there might be a lot of things that are easy (we clearly know each other so well), I need to be on the look out for anything that might threaten the team that we are melding into. We need to be ready to take on life’s challenges together and the whole world!

Both being slightly crazy…and both being crazy in love is a good thing! I think!

Here is the mighty original for those who don’t get annoyed by people prancing around in their underwear.

14 thoughts on “Is This Really As Crazy As It Seems?”