Chris has noticed that Annabelle has been different since they returned from New York. Will he be able to find out what is wrong?

Chris was persistent with Annabelle. Eventually she agreed to go for a coffee with him, three whole weeks after they had been in New York together. Despite it being late November, it was a very mild day. The cafe was crowded, so Annabelle pointed to the empty tables outside.

“I heard that you have been getting ahead with your Christmas shopping.” grinned Chris.

“It’s only five weeks away. I wanted to beat the crowds.” replied Annabelle nonchalantly.

“I buy everything online. I hate shopping.”

Annabelle shrugged her shoulders. She seemed cool in her manner. “Will you be in Chicago for Christmas as well as Thanksgiving?” 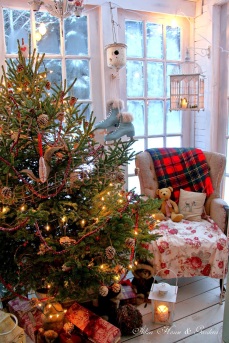 “I’m spending Christmas in Milwaukee. Mum will be staying with my oldest brother and his family. I’ll be crashing on the floor in the conservatory.”

“How about you? What are your plans for Christmas?”

“I haven’t decided yet. Pearl’s sister and her family are coming over from Mapleton. And I think Burt’s younger brother is coming too.”

“And then you’re off to Switzerland not long after I belive.”

“I go on the 8th January.” stated Annabelle with the same matter-of-fact tone she seemed determined to maintain.

“That’s great. I am really pleased for you. I bet Rob can’t wait to see you.” Chris was trying communicate warm feelings to Annabelle, but so far she seemed impermeable. 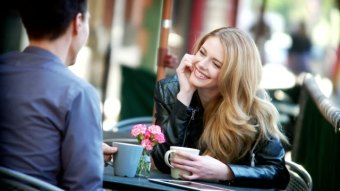 At last a smile slowly appeared on Annabelle’s face at the mention of Robin, “He still rings you doesn’t he?”

“I don’t know why. I told him I don’t go to counselling any more so he doesn’t need to keep annoying you.”

“He’s not annoying me. I don’t know why, but I find it easier to get on with him being in a different continent. I don’t get quite so irritated by what he does.” Chris rolled his eyes.

“Still, I have told him he doesn’t need to be checking up on me.” Annabelle said with a stern tone, “Maybe you could tell him that too.”

“It’s hard for him being so far away from you. You know how much he cares. Anyway, there’s not much I can say these days, I haven’t seen you since New York.”

Annabelle stared at her latte. “I’ve been busy.”

“I was worried about the way I walked off on you the day we came back. I overreacted to that photo. I’ve been wanting to apologise ever since. You’re not still mad at me are you?”

Annabelle was still reluctant to make eye-contact with Chris, “I’m not mad at you” she muttered.

“You just seem different Annie. Ever since we came back. Are you sure it’s not because of what I said to you in the cab?”

“Chris, the whole world doesn’t revolve around you ok. I have just been busy like I told you.” snapped Annabelle.

Chris took a large gulp of his coffee, “Calm down ok. I’m not doubting you have been busy. I’ve heard about what you’ve been up to. It’s great that you are busy. But what is going on between you and me? I thought we were good friends. You seem to be shutting me out at the moment.”

“I’m sorry I doubted you Annie.”

Annabelle’s face was completely emotionless, “It doesn’t matter ok. I haven’t even thought about it. I’ve had so much going on. At least Robin believed me.”

“But that’s why you have been cool with me, because I didn’t believe you?”

Annabelle became frustrated, “Please just drop it. I have had other things keeping me busy. I don’t care about what happened.”

“I think you do.” stated Chris. 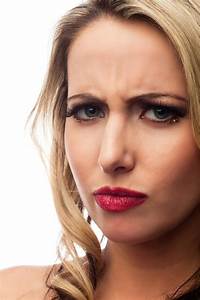 Annabelle stood up from the table, “What’s your problem? You don’t believe anything I say anymore.”

“I’m worried Annie. Something’s different, I don’t know what it is, but something happened in New York or on the way back and you are not the same. I am worried about you and so is Robin.”

“There’s nothing wrong. I’m telling you the truth. You’re the one with the problem. And Robin can call me if he has anything he needs to ask.”

“Ok, so tell me truthfully, why aren’t you going to counselling anymore? What happened?”

“That’s none of your business.” Annabelle walked away from the table red-faced.

Chris was quickly out of his chair and pursuing her, “Yes it is.”

“No, it’s not. I don’t need to go anymore ok. We all agreed I wasn’t going to continue. The guy I’ve been seeing and the doctor he got me to see in Leaston both know I am not going any more. It’s official we all agreed, I even have a letter to prove it.”

“Leaston? Why did you have to go there?” 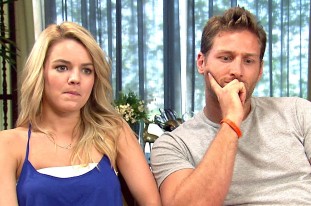 “There was a letter ok, when I came back from New York telling me to attend an appointment with my therapist and some doctor I have never even met. The therapist came out with all sorts of rubbish he has never told me about. It was a complete waste of time. And that doctor was hopeless, she didn’t know what she was talking about. So we decided to end the CBT.”

“What did she say?” asked Chris.

“That’s completely confidential and it really really is none of your business.”

“So does that mean you’re not at risk of self-harming again? They don’t think you need any support any more?”

“Just stop it. What makes you think you can bully me into telling you things that you have no right to know about?” she was pointing at Chris in accusation and her voice was straining with emotion.

“I’m not bullying you. Annie. I’m just trying to understand why you are isolating yourself with this. All this time you’ve been opening up and sharing yourself and what you’ve been through and now it’s as if you’ve totally shut down. You’re not even being open with Robin about it.”

It was clear that Annabelle was livid at Chris, “That’s between Robin and me. I will talk to Robin when I am ready. There are things I want to talk to him about when I see him in January ok. Things than only concern him and me, and that have nothing to do with you.”

“That’s fine Annie, but something has upset you. You’re acting really strange. You need to trust the people that care about you and who know what you’ve been going through. If you only want to talk to Robin that’s fine. But I care about you and I know there is something you are hiding. I am your friend and I am not going to give up on you, you mean too much to me.”

Annabelle’s whole body slumped. She seemed defeated. “I don’t want to talk about it Chris.” She turned away feeling ashamed.

“But there is something you are struggling with isn’t there?”

Annabelle’s face was blank, “I need Robin so much right now.”

“Just over six weeks Annie. Try to enjoy Thanksgiving and Christmas – hopefully it will fly by.”

Annabelle nodded tearfully, “I hope so.”

Chris put his arms around Annabelle and she instinctively took his hand. “Hey, don’t forget how much I care.”

“You’ve been great. I’m sorry, I just need Robin for this one.” she murmured.

“Alright Annie. Just don’t cut me out. I can’t stop worrying about you when you go silent.”

“Good, stay busy.” whispered Chris into her ear, “You seemed so happy in New York.”

“I think I was Chris.” Annabelle was trembling in Chris’ arms.

“You’ll be happy again. Whatever it is, you can beat it Annie.”

Chris sighed, “No, I don’t at the moment. But I believe in you. I saw how strong you really are when we were in New York. The way you looked after Dean. You are going to get through whatever it is that is hurting you now. Just tell me one thing truthfully, have you hurt yourself recently?”

Annabelle’s heart was heavy and she felt herself close to sobbing, “It’s still something I have to fight Chris. It’s not gone away completely.”

Chris wrapped his arms even tighter around Annabelle and kissed the back of her head, “I’m here ok, there is no way I am ever going to abandon you.”